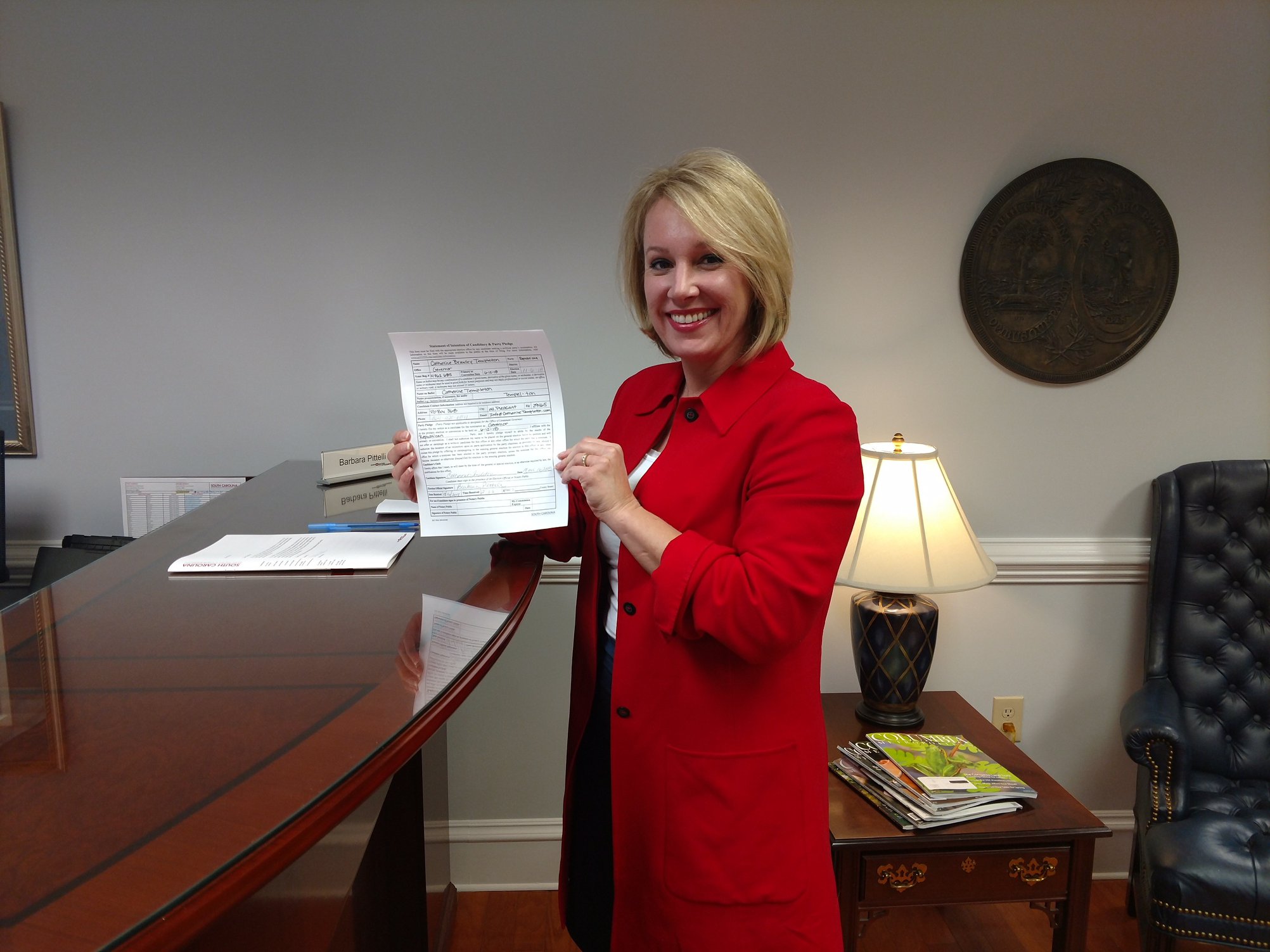 This one might actually be effective, too … even if it is factually challenged.

The Lowcountry labor attorney – who was hit earlier this week with a negative ad from the foundering campaign of incumbent “Republican” governor Henry McMaster – is now getting lit up by a group calling itself The Palmetto PAC.

Unlike McMaster’s campaign, though, this group appears to know how to throw a punch.

The latter job Templeton occupied for roughly five weeks (here’s our October 2015 report on her departure).

“That’s less time than a bad contestant on ‘The Apprentice,'” the ad’s narrator states. “And, now Catherine Templeton wants to be governor? Sorry Catherine.”

Throughout the clip, U.S. president Donald Trump can be heard offering his signature catchphrase from The Apprentice – “You’re Fired.”

The McMaster … err, Palmetto PAC ad is riffing off of a recent dust-up in which The (Charleston. S.C.) Post and Courier used anonymous sources to allege that Templeton had been fired from her job at SCDHEC.

This allegation was debunked by former S.C. governor Nikki Haley and by former SCDHEC chairman Allen Amsler – but the paper ran the story anyway.

Truthful or not, this spot (unlike the attack ad launched by McMaster’s campaign) is well-produced, well-scripted and strikes us as having the potential to hurt Templeton – who at the moment is the leading challenger to McMaster in this spring’s “Republican” gubernatorial race.

It will be interesting to see how Templeton’s campaign responds …

They could claim the ad is false and try to get it pulled off of the state’s airwaves (difficult), or they could cut some sort of response ad tying it to the alleged #FakeNews report published by The Post and Courier (a better response, in our view).

“Until there is a grand jury involved, Henry McMaster and corrupt friends just can’t tell the truth,” campaign manager R.J. May III said in a statement. “They know Nikki Haley specifically said Catherine Templeton wasn’t fired. They know their claims are false and have been directly and repeatedly contradicted by the facts. But just like a typical career politician, McMaster will say or do anything to hold power. McMaster and his cronies are scared to death that Catherine will challenge the career politicians, entrenched bureaucrats, and corrupt special interests who control them. And they should be.”

Got something you’d like to say in response to one of our stories? Please feel free to submit your own guest column or letter to the editor via-email HERE. Got a tip for us? CLICK HERE. Got a technical question or a glitch to report? CLICK HERE. Want to support what we’re doing? SUBSCRIBE HERE.
Banner: Catherine Templeton