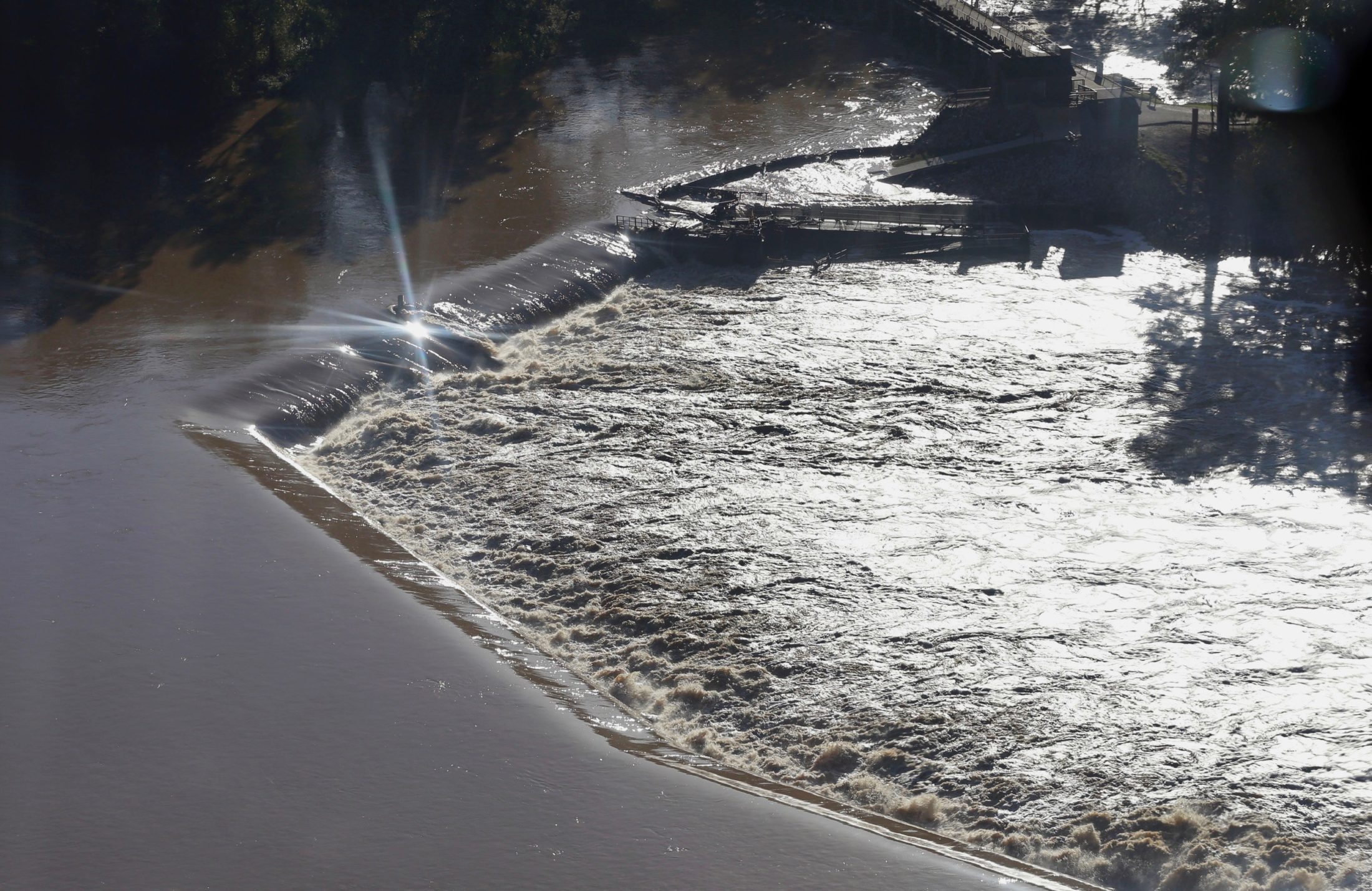 We don’t often agree with liberal columnist Cindi Ross Scoppe of The (Columbia, S.C.) State newspaper, but she hit the nail on the head with her latest piece exposing an attempted government cover-up related to the failure of the Semmes Lake Dam at Fort Jackson.

Why did the structure fail?  Good question … unfortunately, there isn’t a good answer.

There’s an answer, don’t get us wrong.  It just isn’t a good one.

To her credit Scoppe has been all over this story – as has liberal environmental “reporter” Sammy Fretwell (who is basically another editorial writer at The State).

Left-leaning biases aside, though, Scoppe and Fretwell are onto something with this story … and they have been pursuing it doggedly despite repeated efforts by the Army to stonewall their investigation.

Why is the Army stonewalling?  Easy: Because property owners and others victimized by the dam’s collapse are suing the fort, and the government doesn’t want to pay up.

Accordingly, they tried to invoke the old “national security” argument in blocking the release of information related to this tragedy … hoping to keep certain damning (terrible pun, we know) evidence hidden from the public view.

Last week, Fretwell reported that the failure of this 1,000-foot-long earthen dam – which occurred at 5:34 a.m. EDT on the morning of October 4, 2015 – was at least partially due to design changes recommended by a former commanding general at the military installation.

Using testimony obtained from a deposition in the court case, Fretwell reported that this former commanding general – who has yet to be named – believed higher water levels at Semmes Lake would make his yard “look nicer.”  Accordingly, he ordered design changes to the dam – even though Army documents previously revealed the structure was already insufficiently equipped to handle an emergency rise in water levels.

These design changes – including the installation of a concrete curb – further limited the spillway capacity of a structure that was already severely deficient in this area.

Let that sink in. A spillway, which is built for the purpose of protecting a dam – and residents downstream – from flooding … was altered to make it less effective, so that the dam could not withstand the flood. Millions of dollars worth of property was destroyed. Lives were upended.

All that so a general’s yard would “look nicer.”

Yeah … that about sums it up.

Problems with this dam were no secret at the time these “design changes” were made at the unnamed general’s behest over a decade ago.  According to a 1997 U.S. Army Corp of Engineers (USACE) report on the structure, “the hydraulic analyses completed for this report indicate that the spillway is not capable of passing the one-half Probable Maximum Flood,” or PMF.  For those of you unhip to the terminology, PMF is defined as a “flood that may be expected from the most severe combination of critical meteorologic and hydrologic conditions.”

This 1997 report wasn’t the first or the last warning the fort was given regarding the Semmes Lake Dam, either.

On numerous occasions dating as far back as 1979, leader at the fort were warned about its structural integrity (or lack thereof).  In fact as recently as August of 2013 – less than two years before the dam broke – another report deemed it a “significant hazard” due in part to “permanent concrete stop logs … installed in the bays of the spillway.”

You know … the “design changes.”

The 2013 inspection indicated that another assessment of the structure was scheduled to be conducted in August of 2017.  Obviously, the dam didn’t make it that long.

Look, we get that this situation is embarrassing for the Army.  And we get that it is going to result in a huge payday for the victims.

But truth is truth … and this lawsuit is exposing it.

Props to Fretwell and Scoppe for their determination in bringing that truth to light.  And shame on the Army for not taking responsibility for its failure to protect the public.

Got something you’d like to say in response to one of our stories? Please feel free to submit your own guest column or letter to the editor via-email HERE. Got a tip for us? CLICK HERE. Got a technical question or a glitch to report? CLICK HERE. Want to support what we’re doing? SUBSCRIBE HERE.
Banner: Army Times