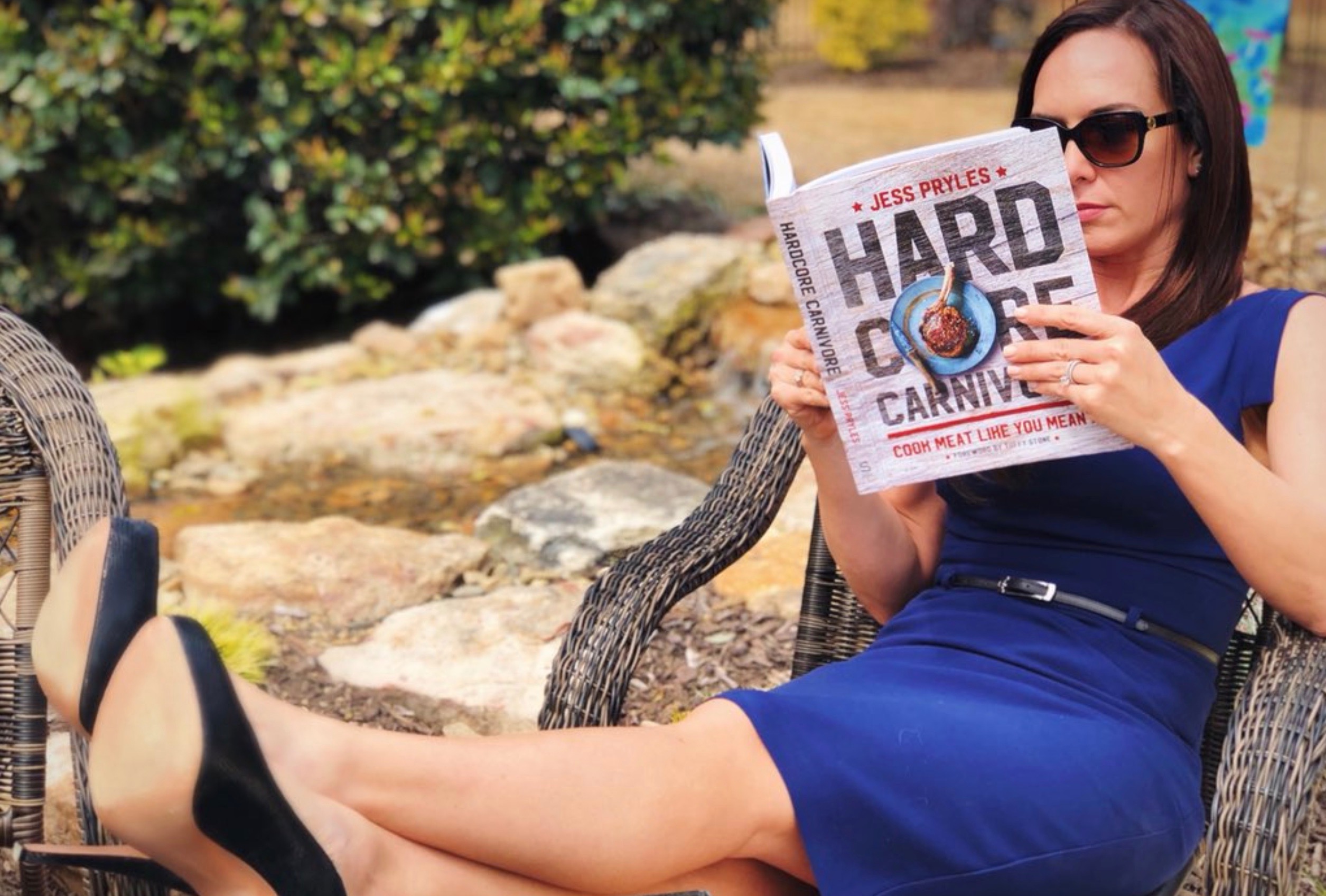 Reporter Meg Kinnard of The Associated Press is an enigma … and an increasingly influential/ unpredictable one at that.

Based in the Midlands region of South Carolina, Kinnard is a regional reporter with a growing national profile (in fact she was recently chosen to moderate a debate featuring gubernatorial candidates of both parties in the state of Tennessee).

Given carte blanche by her editors to pursue stories as she sees fits, Kinnard’s influence has expanded exponentially since we last profiled/ lusted over her two springs ago.  Frankly that pisses us off because she’s our competition on big stories like this one related to #NukeGate.

Seriously … five minutes earlier and that would have been our scoop.  Instead, we wound up having to write the increasingly shopworn “exclusively reported by Meg Kinnard” while providing yet another link to her news outlet.

Capably aiding Kinnard’s ascension?  Beyond her obvious talent (and talents), she is impossible to pin down – yet she somehow manages to remain maddeningly consistent as a professional journalist.  Methodically mercurial, Kinnard’s oft-combustible personality (you better run for the hills if her southern accent emerges) somehow always channels itself through an old school fourth estate framework.  So while she may appear to be all over the map (or unnecessarily in your face) you can usually bank on her underlying loyalty to a code that transcends any one ideology – and certainly the hackneyed “strategery” associated with your typical political “news” story.

And yes … this lofty praise is coming from a news site that has previously (and extensively) opined on her boobs.

It made no sense … and yet it made perfect sense (Kinnard wasn’t standing up Folks, she was defending one of the central tenets of her profession).

We still think she veers too far to the left … but that pesky marketplace of ideas continues to validate her work.  Whatever we may think of it.

Love her or hate her, Kinnard remains the go-to reporter in the Palmetto State when it comes to breaking news (as she demonstrated once again during the tragic train crash in Cayce, S.C. earlier this year).  She’s also the definition of a dog with a bone … even when she’s going after “progressives.”

For example, when a liberal activist lied about an errant tweet attacking U.S. president Donald Trump (one sent erroneously from a government account), Kinnard dug her teeth in … ultimately forcing the agency to take the necessary corrective action.

The moral of that particular story?  Don’t lie to her … 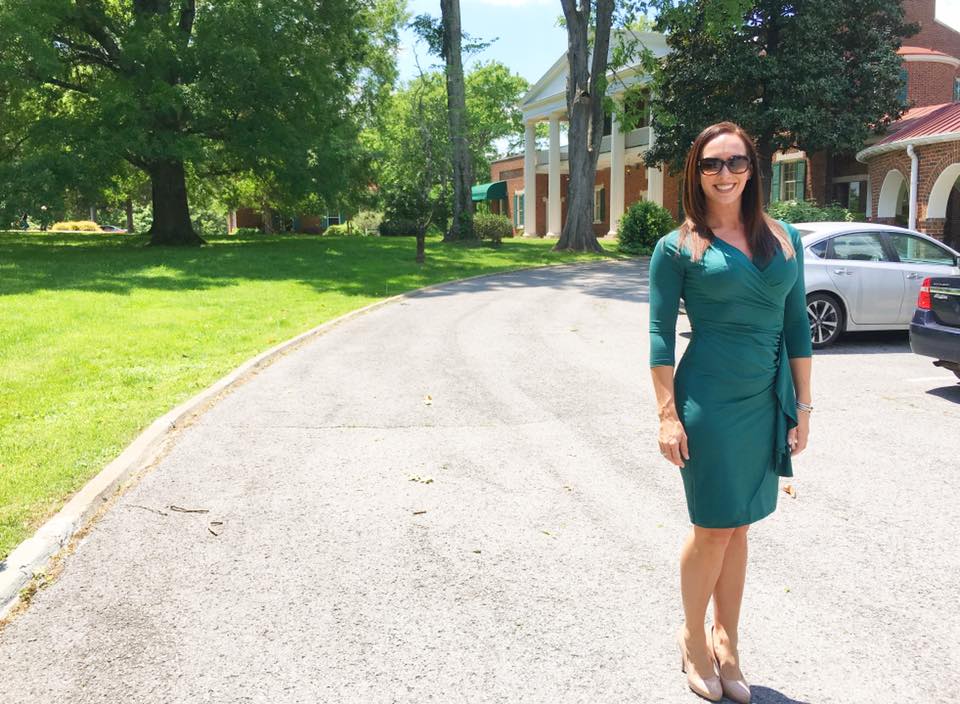 This week, Kinnard found herself mixing it up with Tyler Jones – arguably the most influential Democratic strategist in the Palmetto State (a dubious distinction we’ll grant you).  Of course “mixing it up” is a charitable description of what happened to the Charleston, S.C.-based political operative as it would imply the slow zebra ever had a chance of outrunning the nimble cheetah.

Which is clearly a “hardcore carnivore.”

It all started on Wednesday evening when reporter Avery Wilks of The (Columbia, S.C.) State newspaper posted a tweet about liberal activist Antjuan Seawright appearing on Fox News.

Why was Seawright appearing on the “conservative” network?  Who knows … although our guess is it wasn’t to explain his starring role in the biggest election scandal in state history (one Kinnard needs to get busy covering, incidentally).

Anyway, Jones responded by blasting The State for having “state-run media” playing in its newsroom.

And yes … he put baby quotes around “newsroom” the same way we put them around “conservative.”  Or “Republican.”

“It is deeply troubling that a ‘newsroom’ has Fox News playing during the day,” Jones tweeted.

Deeply troubling?  We’re obviously not fans of Fox News … but don’t most media outlets keep an eye on the various cable news channels?

Yes … as Wilks and his colleague at The State, Maayan Schechter, politely pointed out to Jones.

Kinnard?  She apparently wasn’t satisfied with the paper’s meek, subdued self-defense.  So she took it upon herself to put Jones in his place.

“If you intend to stand by your insulting tweet toward The State, please remove me from your mailing list and don’t ever pitch me again.  Seriously,” she wrote in a scathing rebuke of the Democratic operative.

In a follow-up tweet sent at the apex of the kerfuffle, Kinnard blunted her instrument even further – and rammed it even harder up Jones’ hindquarters.

“I don’t care what you think, honestly,” she wrote. “You’re just a ‘political consultant.’ The media doesn’t need you.  It’s the other way around.”

Obviously there are business angles to consider here.  The State is a member of The Associated Press, and so while Kinnard may have disagreements on certain stories with individual reporters – allowing its entire newsroom to be impugned isn’t good for her business model, either.  Not surprisingly, we couldn’t help but notice that Kinnard’s decision to bring out the big guns in defending The State was backed publicly by several of her AP colleagues – including a top Washington, D.C. editor.

So if you ever wonder how the wire service feels about Kinnard, it seems pretty clear she’s speaking from a position of authority.

As is so often the case, Kinnard’s aggressiveness prompted some furious backstroking from her prey.  Early Thursday, Jones tweeted an apology to The State.

“I have great respect for all those reporters,” he wrote. “Clearly they have to monitor all media outlets – left, right, middle, state-run. I’ve never questioned their objectivity, still don’t.  They’ve earned that.”

LOL … another wise business decision if you ask us.

As Kinnard’s power grows, clearly so does her willingness to throw it around.  Which means no one – even those of us in the media business – are safe from her next methodically mercurial moment.

The Media Versus Donald Trump