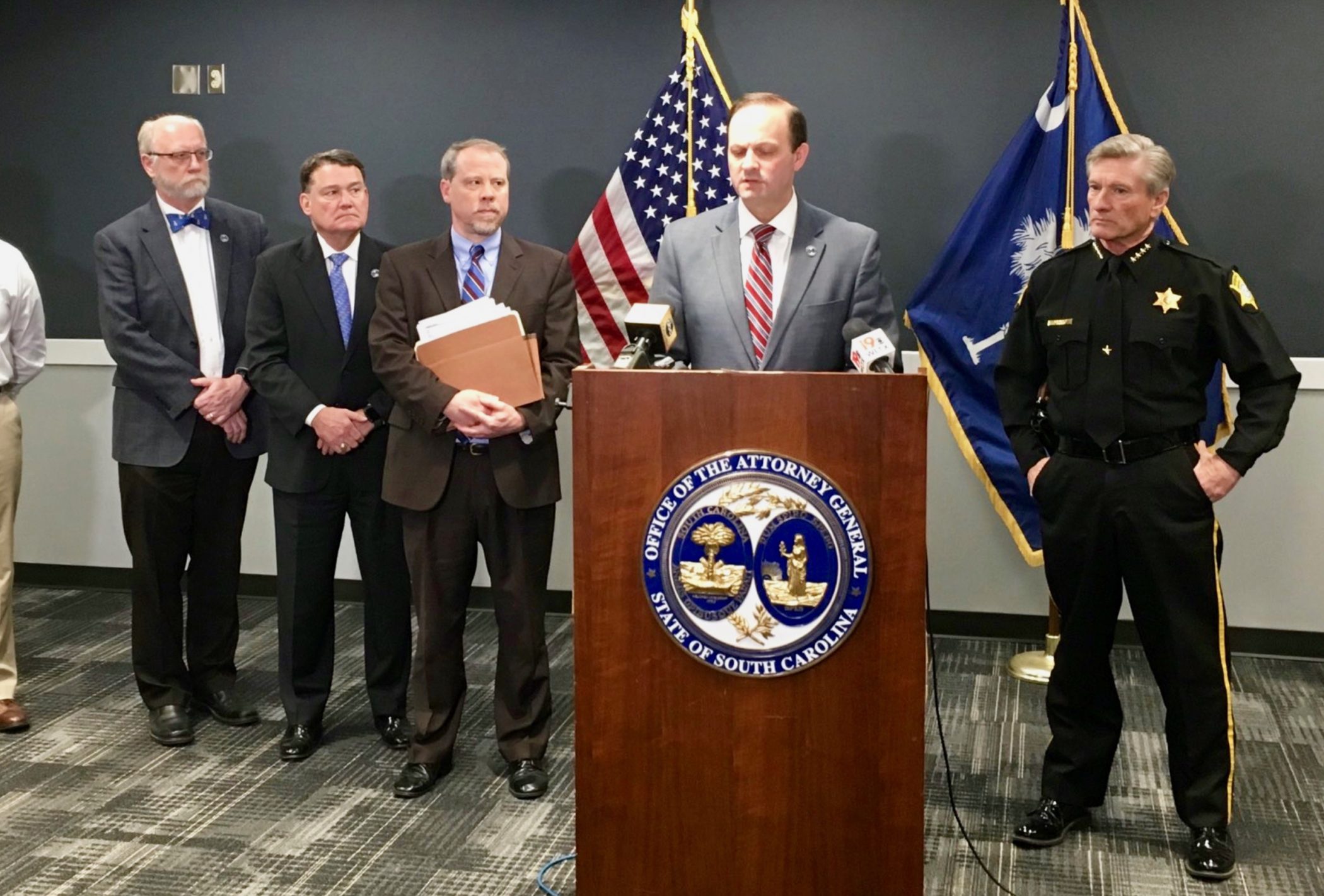 Wilson’s office requested a SLED investigation into Johnson earlier this month – and the agency has since initiated such a probe.

“The Will Lewis case was assigned to the fifth circuit solicitor’s office, not Dan Johnson personally, so he’s not conducting that investigation,” Kittle elaborated.  “Therefore, there is no conflict.”

We agree with Kittle that there’s no conflict when it comes to SLED investigating two different public officials (that’s the agency’s job).  However we don’t agree there is a distinction between Johnson and the deputy solicitors under his authority.  The Lewis case may not have been assigned to Johnson by name, but he is ultimately responsible for its prosecution (for the time being) and has direct authority over the public attorneys who have been tasked (again, for now) with seeing it through.

That’s a clear conflict in our book …

What is SLED looking at in the Johnson case?  Examples of exorbitant and improper spending contained in a document dump posted to the website PAPR.org – the home page of a group called Public Access to Public Records.

Exclusively reported by this news site last month, the documents detail taxpayer-funded expenditures on swanky parties, cab and Uber rides, club memberships and hotel rooms all over the world.

Earlier this month, we called on Johnson to recuse himself from his role as the presiding prosecutor in the Lewis case.

In addition to the latest allegations of fiscal mismanagement against the fifth circuit solicitor, longtime readers of this news site will recall that Johnson has had issues in the past involving questionable conduct with female subordinates.

Given the nature of the allegations against Lewis, that would seem to us further reason for him to stand aside.

“He’s the last person who should be investigating Lewis,” we wrote in a follow-up report.

Elected in 2016, Lewis is currently facing a criminal investigation and civil lawsuit stemming from his alleged sexual assault of 23-year-old Savannah Nabors, a former employee of the Greenville County sheriff’s office.

Nabors first made her allegations against the 42-year-old lawman in a blog post published last August.  Like every other major development in that case, news of Nabors’ blog post broke exclusively on this news site.

“I know you think you know him, because I thought I did too,” the former sheriff’s office employee wrote in the since-deleted entry.  “He’s a stand-up man, a family man that loves his wife and kids, protects his community, and seeks justice.  He’s a church-going man, strong in his faith.  You think he could never be capable of something so manipulative, so hypocritical.  The man that you think is legal, ethical, and moral is anything but those things.”

Specifically, Nabors accused Lewis of drugging and raping her during a taxpayer-funded business trip to Charlotte, N.C. last March.  Those allegations remain unproven, but audio tapes submitted by Nabors in connection with her lawsuit make it clear Lewis attempted to use taxpayer resources in the furtherance of an affair with her.

And then tried to cover it up …

Upon hearing these tapes, we called on Lewis to step down.

“It is abundantly clear that Lewis plotted to defraud taxpayers as part of his efforts to advance an affair with Nabors – secure in the knowledge that no one would ever find out about his scheming,” we wrote. “That strikes us as a textbook example of misconduct in office. Whether Lewis is ever formally indicted or convicted on such a charge remains to be seen, but Nabors’ audio tapes make it painfully clear he conspired to spend tax money on their ‘relationship’ and hide that expense from the people who elected him.”

A flood of politicians – and Lewis’ employers on county council – echoed these sentiments, but despite some creative attempts to get the first-term law man out of office there is no statutory method for removing him unless he is found guilty of a crime of moral turpitude.  Lewis would be suspended from office, however, in the event he were indicted on such a charge.

Many believe Wilson covets the Lewis case for himself, seeing it as an opportunity to burnish his anti-corruption credentials – which have taken a hit in recent years.  Wilson is currently facing two announced challengers in his bid for a third term as attorney general – including one who hails from Greenville, the heart of the Palmetto State’s “Republican” electorate.

Obviously taking on a high-profile public corruption case in the GOP’s backyard would be hugely advantageous to his reelection prospects.

So far, the attorney general’s office has not said whether it will take the case.

“As for whether our office plans to take over the investigation into Will Lewis, we won’t make a decision on that until we get the results of SLED’s preliminary inquiry,” Kittle said.

Actually, the attorney general will have two decisions to make in the event the SLED inquiry into Johnson’s expenditures bears fruit: Who inherits the Lewis case and which solicitor would handle any charges filed against Johnson.

Got something you’d like to say in response to one of our stories? Please feel free to submit your own guest column or letter to the editor via-email HERE. Got a tip for us? CLICK HERE. Got a technical question or a glitch to report? CLICK HERE. Want to support what we’re doing? SUBSCRIBE HERE.
Banner: S.C. Attorney General’s Office