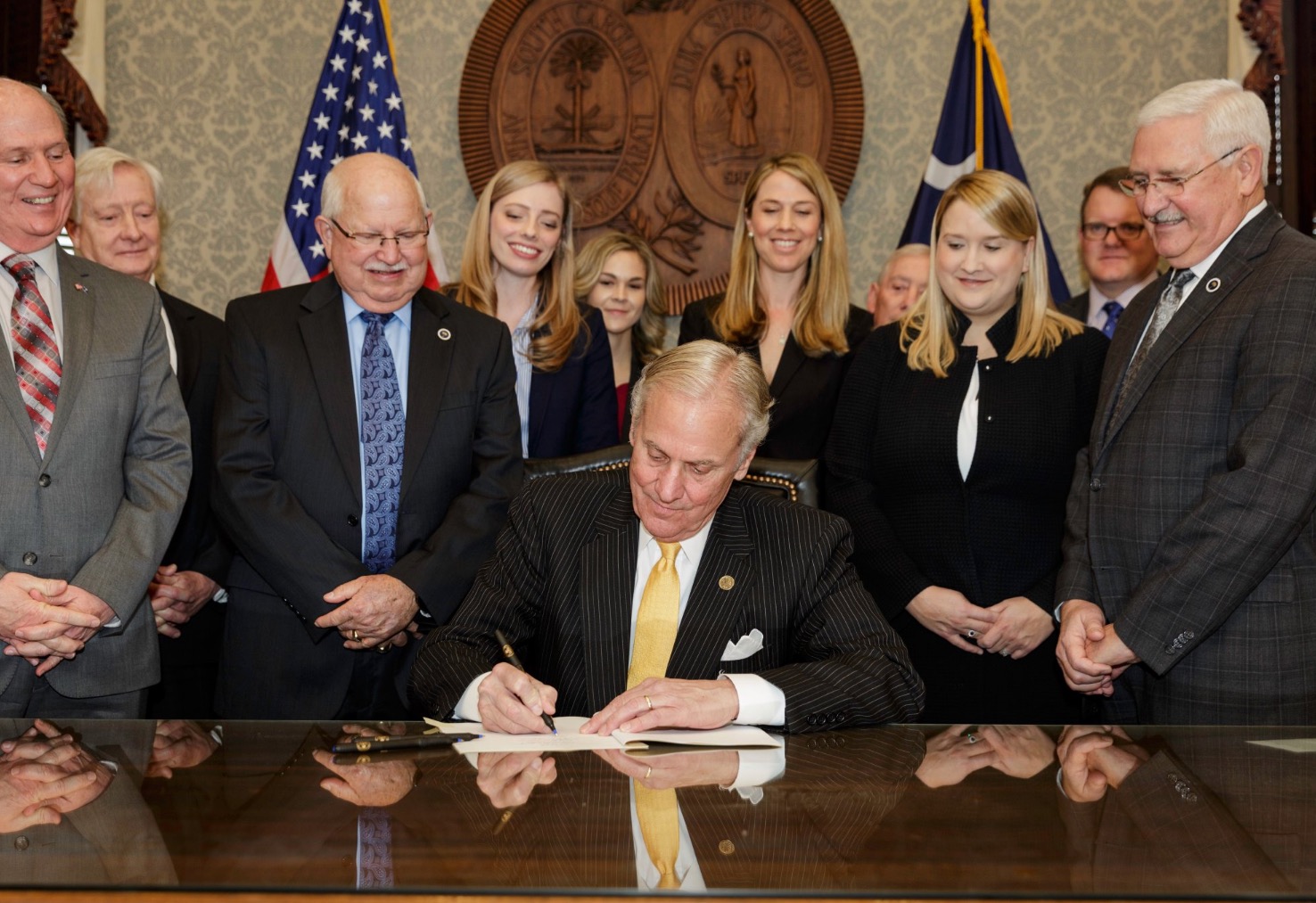 The reelection campaign of incumbent “Republican” South Carolina governor Henry McMaster officially hit the airwaves this week … but the 70-year-old politician wasn’t telling Palmetto State voters why they should support him.

Instead, McMaster’s first campaign ad takes a swipe at a group that is supporting his GOP rival – Lowcountry labor attorney Catherine Templeton.

The 30-second spot, entitled “The Never Trump Forces Behind Catherine Templeton,” details the 2016 election activities of the American Future Fund – a group formed in 2007 by supporters of liberal “Republican” presidential aspirant Mitt Romney.

“Do you really trust the people who said all that about President Trump to tell you the truth about Catherine Templeton?” McMaster’s ad asks voters.

News of the McMaster spot was exclusively reported by Meg Kinnard of The Associated Press.  According to Kinnard, the governor’s campaign said it made “a five-figure online buy” in support of the message.

American Future Fund is currently running a television ad touting Templeton as a “businesswoman and a reformer.”  Oh, and a “buzz saw.”

“Catherine Templeton will take on the politics as usual in South Carolina,” the group’s spot stated, referring to her as “the conservative governor we need.”

The pro-Templeton ad also blasts McMaster as being “another good ol’ boy.”

Here’s a look at that spot …

News of the pro-Templeton ad was first reported earlier this week by Andy Shain of The (Charleston, S.C.) Post and Courier.  According to him, the group is spending $250,000 to air the spot on television stations across the state.

Our view?  The early advantage here obviously goes to Templeton.

The ad touting her candidacy is crisp, clean and direct.  It’s also reaching a broader television audience with a quarter of a million dollars behind it – money Templeton isn’t having to pay for out of her own campaign coffers.

It’s not going to make or break Templeton’s candidacy, but it will help.

McMaster’s ad?  In addition to being a limited internet buy, it strikes us as less direct – even somewhat confusing.  In other words, it’s something the average voter would probably need to see several times before its message registers.

Political insiders obviously understand the spot is bashing a group that’s backing Templeton (in the process calling into question her opportunistic populism), but for more casual viewers it’s a leap – and given the lack of weight put behind it our guess is it will have little impact.

If anything, all it will do is boost Templeton’s name identification with voters.

But while McMaster may lose this initial advertising battle, he could wind up winning the war … especially if the ad reaches the right insiders in Washington, D.C.

McMaster’s best hope at claiming the GOP nomination is to have Trump – who gave him his job and held a fundraiser for him last fall – come back to South Carolina to campaign for him prior to the June 12 primary election.  One way to make sure that happens?  Letting Trump know early and often than a group which savaged him during the “First in the South” presidential primary is now working overtime to get McMaster’s main primary opponent elected.

We’ll see if Trump rises to the bait …

Not surprisingly, Democrats are giddy at the thought of a bruising GOP primary battle.

“This is the start of a very expensive and negative race and that’s bad news for South Carolina Republicans,” said Alex Japko, press secretary for the Democratic Governors Association (DGA). “From scandals and corruption, to flip-flops and lies, these candidates have a ton of vulnerabilities, and their opponents have the money to exploit them. Whoever limps out of the primary will have a damaged reputation and an empty bank account.”

Possibly … but it’s still doubtful they will lose to a Democrat.