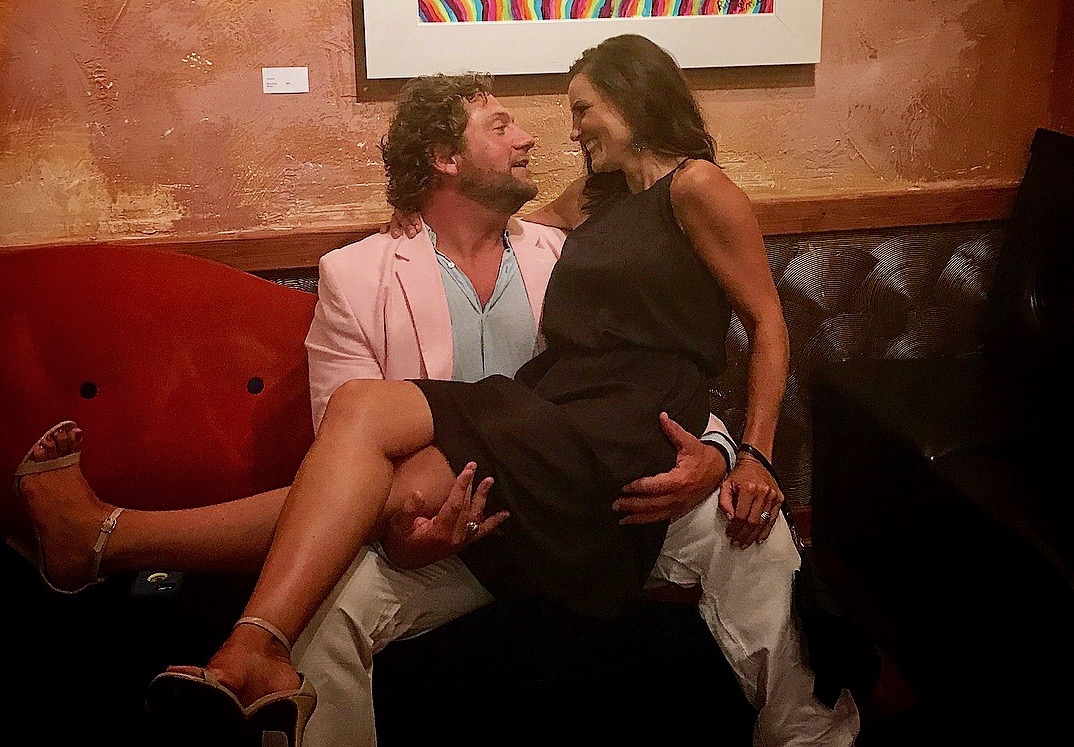 One of these days our founding editor Will Folks is going to get around to writing his South Carolina political tell-all … although if you think about it, “everyday he writes the book.”

Anyway, on the evening of May 18, 2006 – as he approached the apex of his notorious bachelorhood – Folks participated in a romantic interlude with two women at an upscale suburban home near Blythewood, South Carolina.  This well-documented tryst took place at a particularly turbulent time in Palmetto politics … and now, nearly a dozen years later, it has produced some actionable intelligence related to an ongoing investigation into public corruption.

Without getting into the details of all that transpired on that exceedingly concupiscent spring evening twelve years ago (we assume our fearless leader will save those titillations for his book), it became clear that a major rivalry was brewing at the time between two state lawmakers – Thad Viers and Rick Quinn.

It’s also clear that this 12-year-old battle is ongoing … even if its origins remain opaque.

Technically, Quinn was a former state lawmaker in 2006.  He had been defeated two years earlier after representing S.C. House District 71 (map) for fifteen years – the last six years of which he served as majority leader of the S.C. House of Representatives.   In 2010, Quinn was elected to represent S.C. District 69 (map) – an office he held until his resignation last December (Quinn stepped down prior to pleading guilty to one count of misconduct in office related to his role in #ProbeGate).

As for Viers, his story is the stuff of Palmetto political legend … and with good reason.

The 39-year-old served nearly a decade in the S.C. House of Representatives beginning in 2003.  He resigned his seat in March of 2012 prior to being indicted on harassment charges related to a toxic relationship with Candace Bessinger (below) – the granddaughter of South Carolina barbecue magnate Maurice Bessinger. 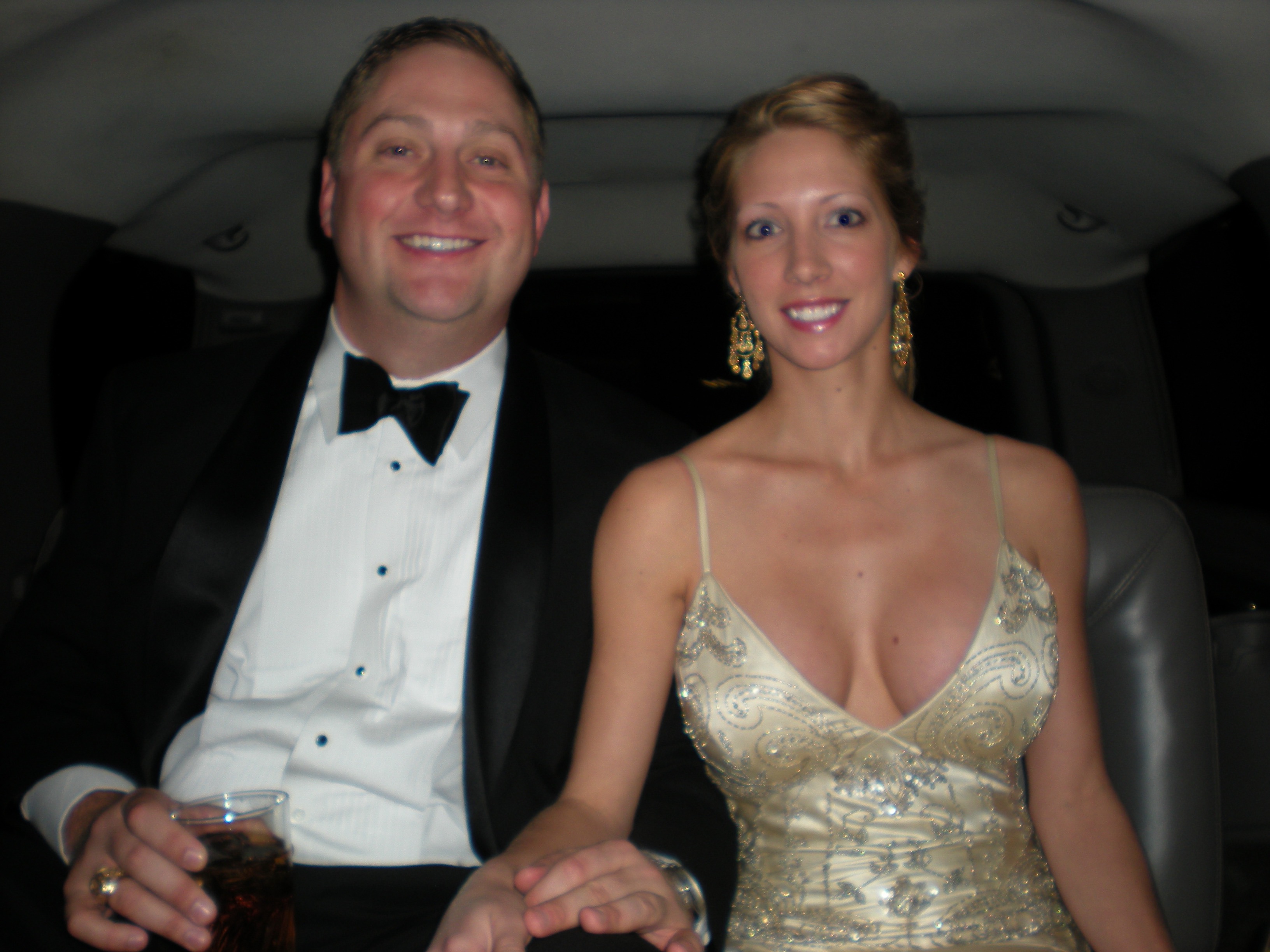 Viers later pleaded guilty to those charges and served sixty days in jail.

In addition to costing him his seat in the S.C. House, the harassment allegations against Viers torpedoed his bid for South Carolina’s seventh congressional district – a campaign that had received the endorsement of former S.C. governor Nikki Haley.

Three years later, the playboy politico known as “Thaddeus Maximus” was sentenced to three years in federal prison on a money laundering charge.  According to his attorney, he could have avoided jail time had he provided information to federal authorities on the “Coastal Kickback,” a brazen pay-to-play scam in which hundreds of thousands of dollars in campaign contributions were funneled through a shadowy network of corporations to select politicians (ostensibly in exchange for their support of a local tax hike).

He didn’t though, which as we’ve previously noted is (on some level) commendable.

Prior to all of this, Viers was the defendant in a 2006 case involving telephonic threats made against a man who was romantically involved with his estranged wife.  In June of 2007, Viers pleaded “no contest” to threatening the man – who went on to marry Viers’ first wife.

According to his attorney, S.C. House minority leader Todd Rutherford, Viers was “under the influence of love” at the time he made the threats against the man.

Given his high-profile exploits in the intervening years, Viers’ 2006 troubles have long since been forgotten – but according to multiple sources close to the #ProbeGate investigation, they represent the origins of an ongoing war with Quinn and his family.

Last spring, Viers was summoned to testify before the statewide grand jury investigating Quinn, his father Richard Quinn and their various business interests.

His testimony remains sealed, although parts of it were referenced in open court last December by S.C. first circuit solicitor David Pascoe (below) – who is overseeing the #ProbeGate prosecutions.

Quinn allies tell us Viers perjured himself before the statewide grand jury on multiple occasions, and that his motivation for doing so was a deep-seated hatred of his former legislative rival.

Is that true?  We can’t speak to the first allegation, but we’ve confirmed from numerous sources – including one of the women involved in our founding editor’s 2006 tryst – that the bad blood between Viers and Quinn was (and is) very real.

What happened?  There are three working theories as to the origins of the spat.

One theory holds that Viers was angry at Quinn for “allowing” one of his employees, Tripp Steiner, to provide evidence against Viers in the 2006 telephone harassment case.  Specifically, Steiner – who was friends with the man Viers’ threatened – was in possession of recordings of Viers’ menacing phone calls.  These recordings included graphic threats of violence (“skull-f*cking”) as well as obscene, racist rhetoric.

According to multiple witnesses, Viers was livid at Quinn for permitting Steiner to get involved in his harassment case – going so far as to physically threaten Quinn with violence in the parking lot of his Columbia, S.C. business the day after Steiner’s testimony.

The second theory – advanced by several sources close to both ex-lawmakers (including one of the women who participated in the 2006 tryst with our founding editor) – is that Quinn and Viers were angry at each other over another woman who was a fixture on the legislative scene at the time.

Who was she?  Good question …

The third theory?  That Viers’ had business dealings with Richard Quinn’s firm related to the 2008 “First in the South” presidential primary election – which was won by liberal U.S. senator John McCain.  Those dealings did not end well, we’re told.

Whichever narrative you accept, though, it seems clear Viers had ample motivation to bring Quinn down – or at least to try to.

Gasser also referenced the alleged threat made by Viers against Quinn back in 2006, saying “he was quoted in public as saying to Rick Quinn ‘I’m going to get you; somehow – I’m going to bring you down.’ And we have ten witnesses to that we would have called to this trial.”

Again, this news site makes no value judgement as to the testimony offered by Viers before the statewide grand jury.  Those proceedings remain sealed, and thanks to Quinn’s recent plea deal – assuming it stands – there will be no trial involving the ex-lawmaker or his father.

That means Viers will not be called to testify in connection with #ProbeGate.

Clearly the battle between these two Palmetto politicos is far from over, though … and with both of them seeking to reestablish themselves in the aftermath of criminal cases, we suspect the barbs will continue to fly in the months to come.

#NukeGate: Who Is Playing Games With Dominion Deal?