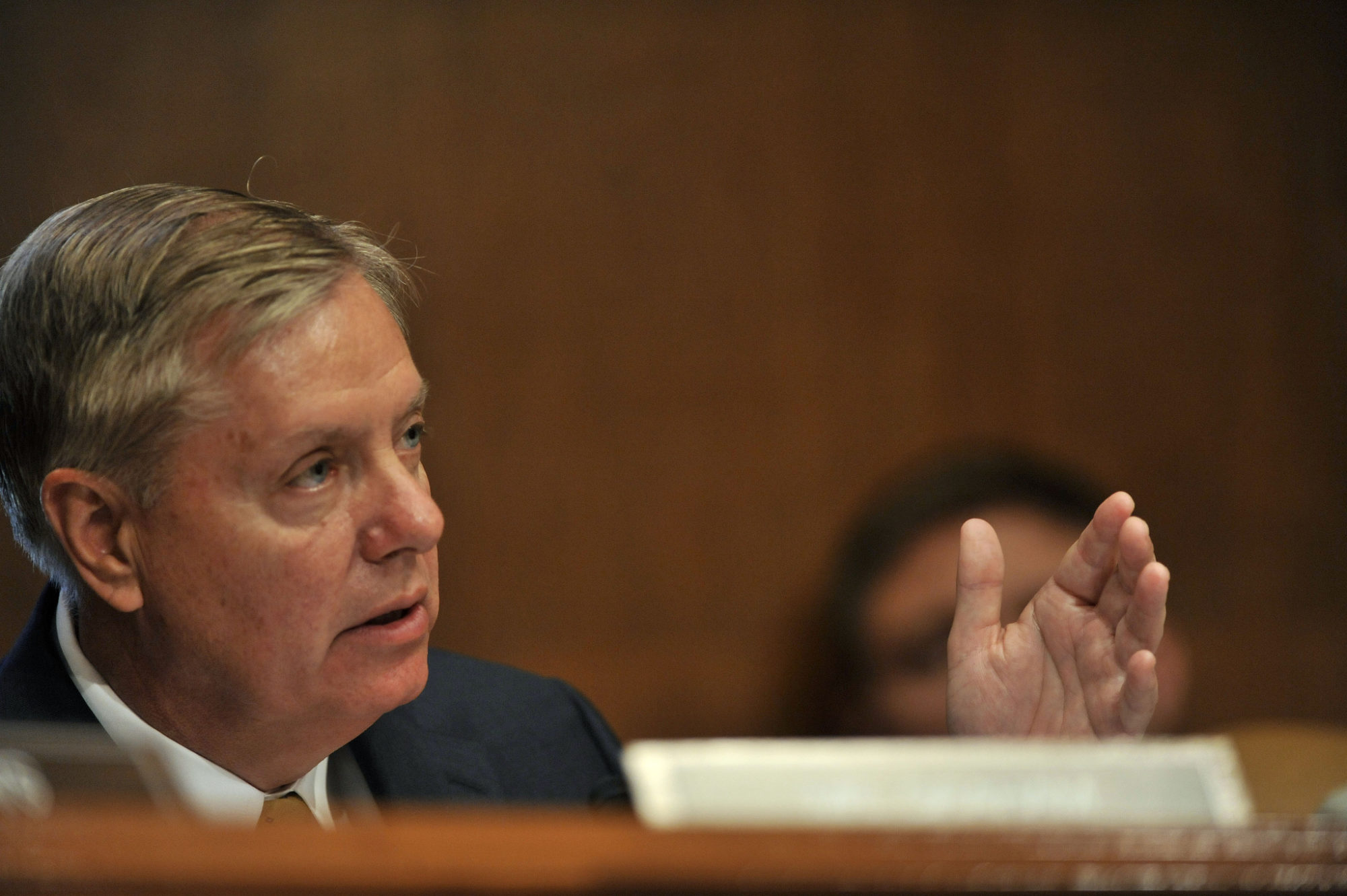 U.S. Senator Lindsey Graham of South Carolina is being praised by Democrats for standing up to president Donald Trump after the latter allegedly referred to Haiti and several African nations as “shithole countries” during an Oval Office immigration meeting.

Trump has denied making the remark.

According to liberal U.S. Senator Dick Durbin of Illinois, Graham “spoke up” against Trump and “made a direct comment on what the president said.”

“I was very proud of him. It took courage for what he did,” Durbin said.  “For him to confront the president as he did, literally sitting next to him, took extraordinary political courage and I respect him for it.”

Trump invited several Senators to the Oval Office on Thursday to discuss the Deferred Action for Childhood Arrivals (DACA) program.

“Why do we want all these people from shithole countries coming here?” Trump is accused of saying during the meeting, according to The Washington Post.  He was also accused of specifically speaking out against Haitians, saying they should be “taken out” of any DACA compromise.

“Never said anything derogatory about Haitians other than Haiti is, obviously, a very poor and troubled country,” Trump added in a follow-up tweet.

Graham is a longtime supporter of amnesty for illegal aliens and until recently was one of the most virulently #NeverTrump “Republicans” in Washington, D.C.

Our view?   We don’t really care what was said at the Oval Office meeting.

By Trump, Graham or anyone else.

None of this political soap opera drama changes the fact that America’s lifeboat is full and its government is $20 trillion in debt.

Got something you’d like to say in response to one of our stories? Please feel free to submit your own guest column or letter to the editor via-email HERE. Got a tip for us? CLICK HERE. Got a technical question or glitch to report? CLICK HERE. Want to support what we’re doing? SUBSCRIBE HERE.
Banner: Text