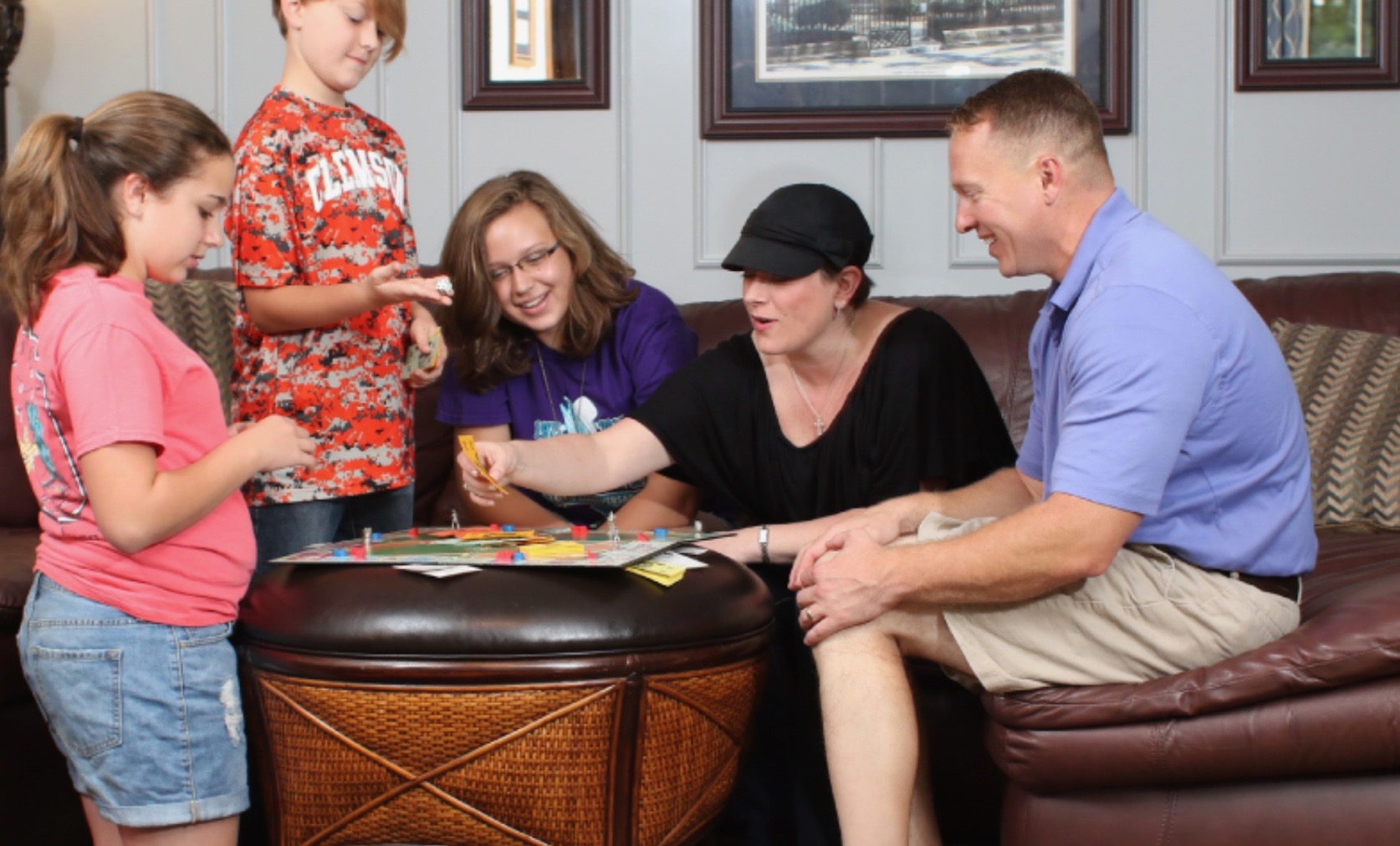 Amy Lewis, wife of embattled Greenville County, South Carolina sheriff Will Lewis, has spoken for the first time regarding the scandal swirling around her husband.

What did she have to say?  Honestly, it’s an amalgamation …

First, some background: This news site reached out to Lewis on Saturday after she “liked” a Facebook group calling for the resignation of her husband. 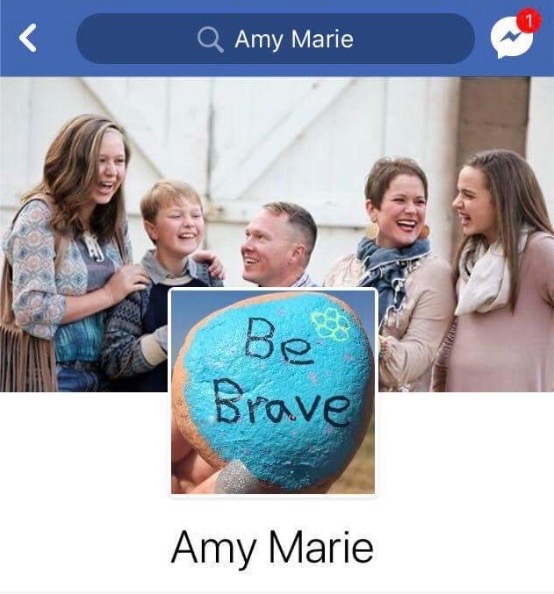 We told Lewis we weren’t necessarily looking for a response from her – just seeking some clarification as to whether her decision to “like” a group calling for her husband’s resignation was “indicative of how you feel about this situation.”

Lewis responded that her “liking” of the group was “not intentional.”

“We are steadfast,” she told us, referring to her family’s support for the embattled sheriff.

She then proceeded to offer us the following statement …

In response to your tabloid story on me, please do not pity me.  God has been so good to me.  He protected me all the days of my youth.  He healed me from a terrible diagnosis that should have left me in treatment for the remainder of my life.  He has given me 24 years of happiness with a man that I admire more than anyone will ever comprehend.  The same man who fathered my three amazing children which are without a doubt my three greatest accomplishments.  Sadly, he too is just a man.  People who esteem men (or women) higher than they should will always be disappointed.  God Alone is faithful.  Prayers to you and all of the other haters.  Jesus loves y’all too, and He sees inside your hearts whether you want to acknowledge that or not.  Meet Him at The Cross, and you too can have peace that will surpass all understanding.  Godspeed.

The “tabloid story” to which Lewis is referring is our October 20 column – which called on her husband to resign in the aftermath of seismic allegations leveled against him by a former female subordinate.

To recap: Will Lewis is currently dealing with a criminal investigation, civil lawsuit and forensic audit stemming from his alleged sexual assault of 23-year-old Savannah Nabors.

Nabors first made her allegations against the 42-year-old lawman in a blog post published in late August.

“I know you think you know him, because I thought I did too,” the former sheriff’s office employee wrote in the since-deleted entry.  “He’s a stand-up man, a family man that loves his wife and kids, protects his community, and seeks justice. He’s a church-going man, strong in his faith. You think he could never be capable of something so manipulative, so hypocritical. The man that you think is legal, ethical, and moral is anything but those things.”

“This man, who is twice my age, that I looked to for protection … used his power, his authority in his position, and the trust that he had built to coerce me into allowing him into my hotel room on a business trip out of town,” Nabors continued. “He forced himself on me. He took advantage of me. He brainwashed me from the moment I met him. It was all a set up. It was all for this moment where he took every last piece of me.  And I had nowhere to run.”

Specifically, Nabors accused Lewis of drugging and raping her during a taxpayer-funded business trip to Charlotte, N.C. in March of this year.  According to Nabors’ version of events, Lewis came to her hotel room shortly before midnight on March 7 to retrieve some alcohol he had entrusted to her care earlier in the day.  Upon entering her room, Lewis is alleged to have poured each of them a glass “of what appeared to be a brown liquor.”

In addition to providing details of the alleged sexual assault, Nabors’ lawsuit also contained numerous audio recordings in which Lewis discussed his plans to further an affair with her on the taxpayer dime – and cover it up.

“You wanna go to Reno?” Lewis asked Nabors on one of the recordings.

Lewis attempted use of taxpayer resources to further his plans for an affair is ultimately what caused us to call for his resignation.

“It is abundantly clear that Lewis plotted to defraud taxpayers as part of his efforts to advance an affair with Nabors – secure in the knowledge that no one would ever find out about his scheming,” we wrote. “That … strikes us as a textbook example of misconduct in office. Whether Lewis is ever formally indicted or convicted on such a charge remains to be seen, but Nabors’ audio tapes make it painfully clear he conspired to spend tax money on their ‘relationship’ and hide that expense from the people who elected him.”

News of the alleged assault, criminal investigation, lawsuit and audit all broke on this news site.  We were also the first media outlet to call on him to step down.

In calling for Lewis’ resignation, we referenced his wife and her recent battle with cancer.

Here’s the relevant section of that column …

Will Lewis‘ wife is a private woman.  She’s always kept a low profile.  And she’s always stood by her man.

But now – as her husband stares down the scandal of a lifetime – Amy Lewis‘ fortitude (and faith) is being tested like never before.

We don’t know the status of her relationship with Greenville County’s embattled sheriff … nor, frankly, is it any of our business.

We do know Amy Lewis was recently in the midst of an arduous battle with cancer.  In fact, many believe she timed her treatment so as to make sure she was healthy enough to appear in “family values” campaign propaganda aimed at helping her husband get elected.

How did he repay her?  By engaging in an extramarital affair with at least one of his female subordinates … and that’s the best case scenario.

At worst, Will Lewis did something far more evil … and then tried to cover it up.

Does this perspective make us a “tabloid?”  Or qualify us as “haters?”  We don’t think so.  In fact our call for Will Lewis to step down has been echoed by his employers, his subordinates and numerous elected officials in the Palmetto State – including lieutenant governor Kevin Bryant and governor Henry McMaster.

Even Amy Lewis apparently agreed her husband should resign, too … if only for a moment.

“I feel for her and can only imagine the position she’s in, and I admire her strength,” one Greenville woman told us.  “However, I don’t think expecting our sheriff not to sleep with a subordinate (one possibly drugged and raped) as well as his gross misuse of taxpayer funds is holding him in ‘too high … esteem.’ I’m perfectly okay with holding any man (or woman) … to that esteem, and expect even more out of our elected officials.”

Banner: Will Lewis for Sheriff