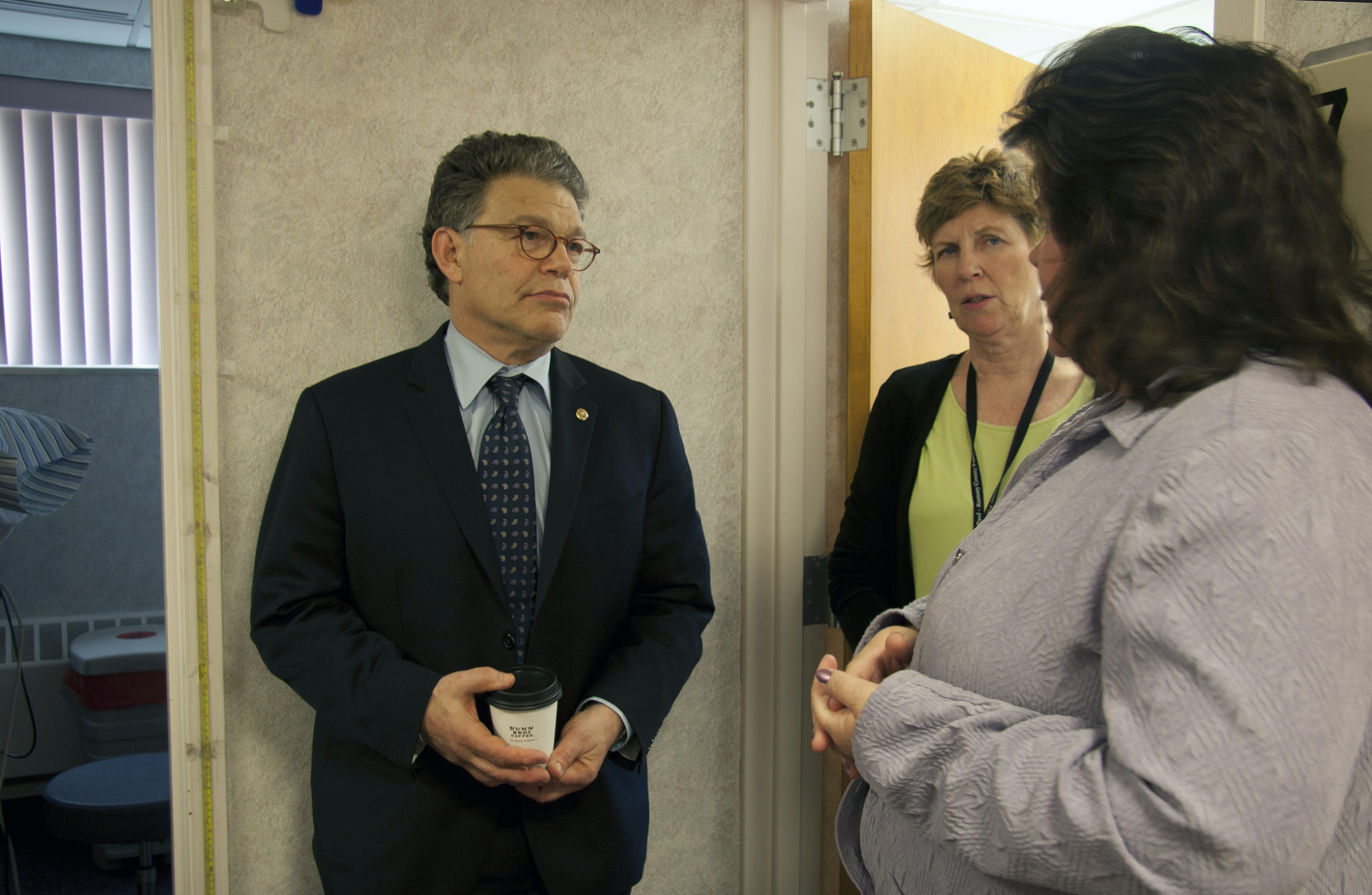 United States Senator Al Franken of Minnesota has been accused of kissing and groping a female colleague without her consent eleven years ago.

Leeann Tweeden – the morning news anchor for TalkRadio 790 KABC in Los Angeles – claims the alleged assault occurred in December 2006 when she and Franken were part of a USO tour of the Middle East.

According to Tweeden, Franken’s assault took place under the guise of a “comedy script” he had written for the entertainment of the troops.  The script included a kiss, which Tweeden claims Franken repeatedly insisted upon “rehearsing” against her protestations.

When she finally agreed to rehearse the number, Tweeden claims the former Saturday Night Live comedian grabbed her and stuck his tongue down her throat.

“He came at me, put his hand on the back of my head, mashed his lips against mine and aggressively stuck his tongue in my mouth,” Tweeden wrote.  “I immediately pushed him away with both of my hands against his chest and told him if he ever did that to me again I wouldn’t be so nice about it the next time.”

“I walked away,” Tweeden continued.  “All I could think about was getting to a bathroom as fast as possible to rinse the taste of him out of my mouth.”

Here’s the full post from Tweeden detailing the allegations against Franken. 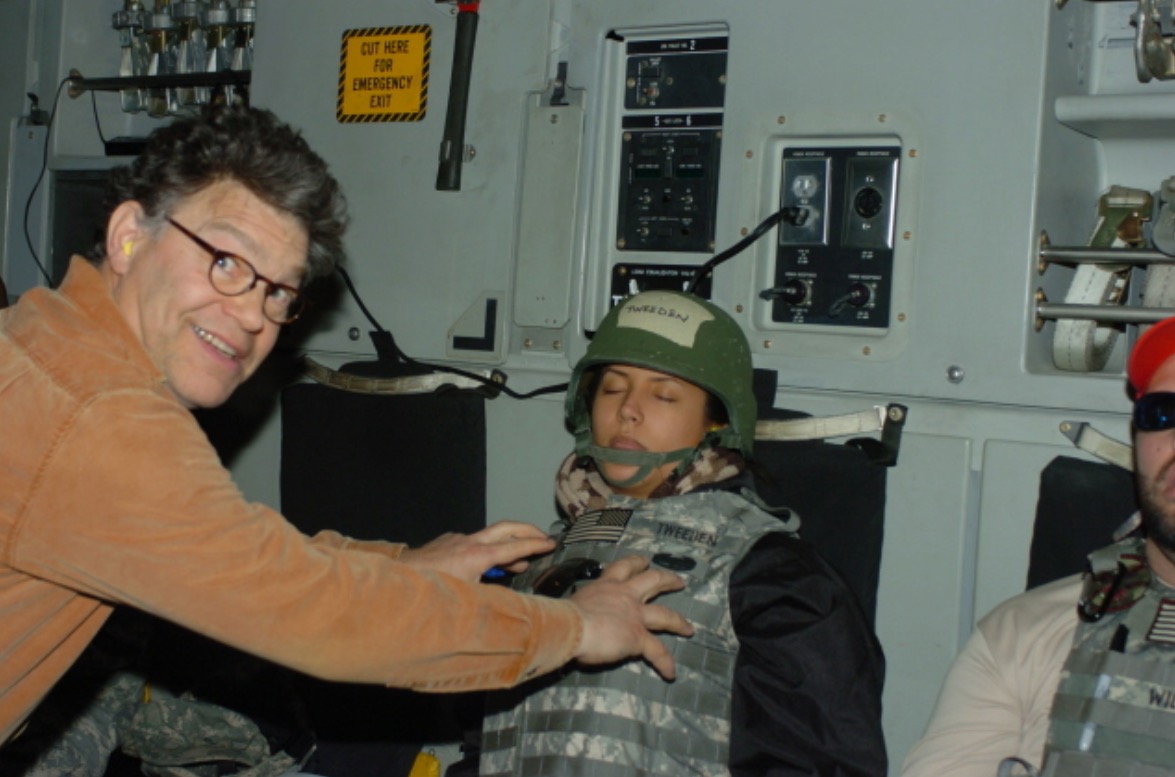 “I couldn’t believe it,” Tweeden wrote.  “He groped me, without my consent, while I was asleep. I felt violated all over again.  Embarrassed.  Belittled.  Humiliated.  How dare anyone grab my breasts like this and think it’s funny?”

Franken apologized for the photo, but told reporters he didn’t recall forcing Tweeden to kiss him.

“I certainly don’t remember the rehearsal for the skit in the same way, but I send my sincerest apologies to Leeann,” Franken said. “As to the photo, it was clearly intended to be funny but wasn’t. I shouldn’t have done it.”

The allegations against the 66-year-old entertainer-turned-politician come as “Republican” U.S. Senate nominee Roy Moore of Alabama is staring down multiple allegations of harassment and alleged abuse.

Moore has denied the allegations, claiming they are politically motivated.

Someplace crazy, according to our sources …

“Buckle up boys, the next few months are gong to be wild,” our intrepid D.C. Operative noted in response to the allegations against Franken.  “All kinds of scandalous stuff is about to come out about the swamp critters.”