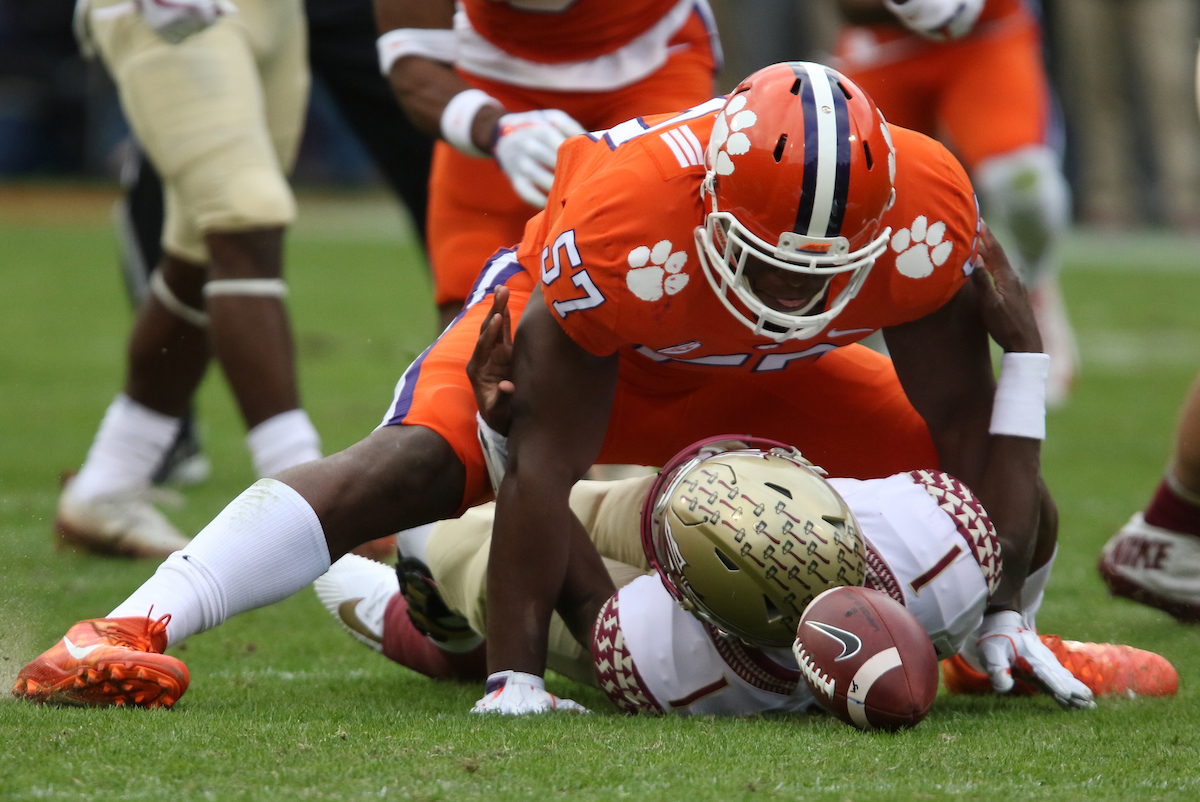 Clemson University’s football team will play for its third consecutive ACC championship next month after clinching the conference’s Atlantic Division on Saturday.

The Tigers 31-14 win over Florida State was closer than the score would indicate, but it was enough to earn the defending national champions a date with the Miami Hurricanes at Bank of America Stadium in Charlotte, N.C. on December 2.

“That was the next goal for us,” head coach Dabo Swinney said after the game.  “You can’t play for the conference title if you don’t win the division.”

Depending on how Clemson and Miami finish their regular seasons, the ACC title game could have all sorts of implications for the College Football Playoff (CFP).

Clemson will certainly have to play better than it did on Saturday if it wants defend its title, though … especially on offense.

After racing out to a 17-0 lead, the Tigers (9-1, 6-1 ACC) appeared to be on the ropes against the struggling Seminoles (3-6, 3-5 ACC).  After cutting Clemson’s lead to just three points in the fourth quarter, Seminoles’ linebacker Ro’Derrick Hoskins forced a fumble by Tigers’ quarterback Kelly Bryant that seemed to swing momentum firmly in favor of the tribe from Tallahassee.

Junior safety Van Smith picked off a pass from Florida State’s freshman quarterback James Blackman with just under seven minutes remaining in the game – stopping what could have been a go-ahead drive.

“The turnover by Van Smith was huge,” Swinney said.  “For him to get that interception and for us to score not long after that was big.”

Six plays later, tailback Travis Etienne powered across the goal line for a one-yard touchdown that put the Tigers up 24-14 with just three minutes to play.  Etienne had 97 rushing yards on 14 carries including a pair of touchdowns.   The 5-foot-10, 200-pound freshman from Jennings, Louisiana also caught a pass for sixteen yards.

Clemson added another late touchdown for the benefit of the CFP selection committee – style points, if you will. 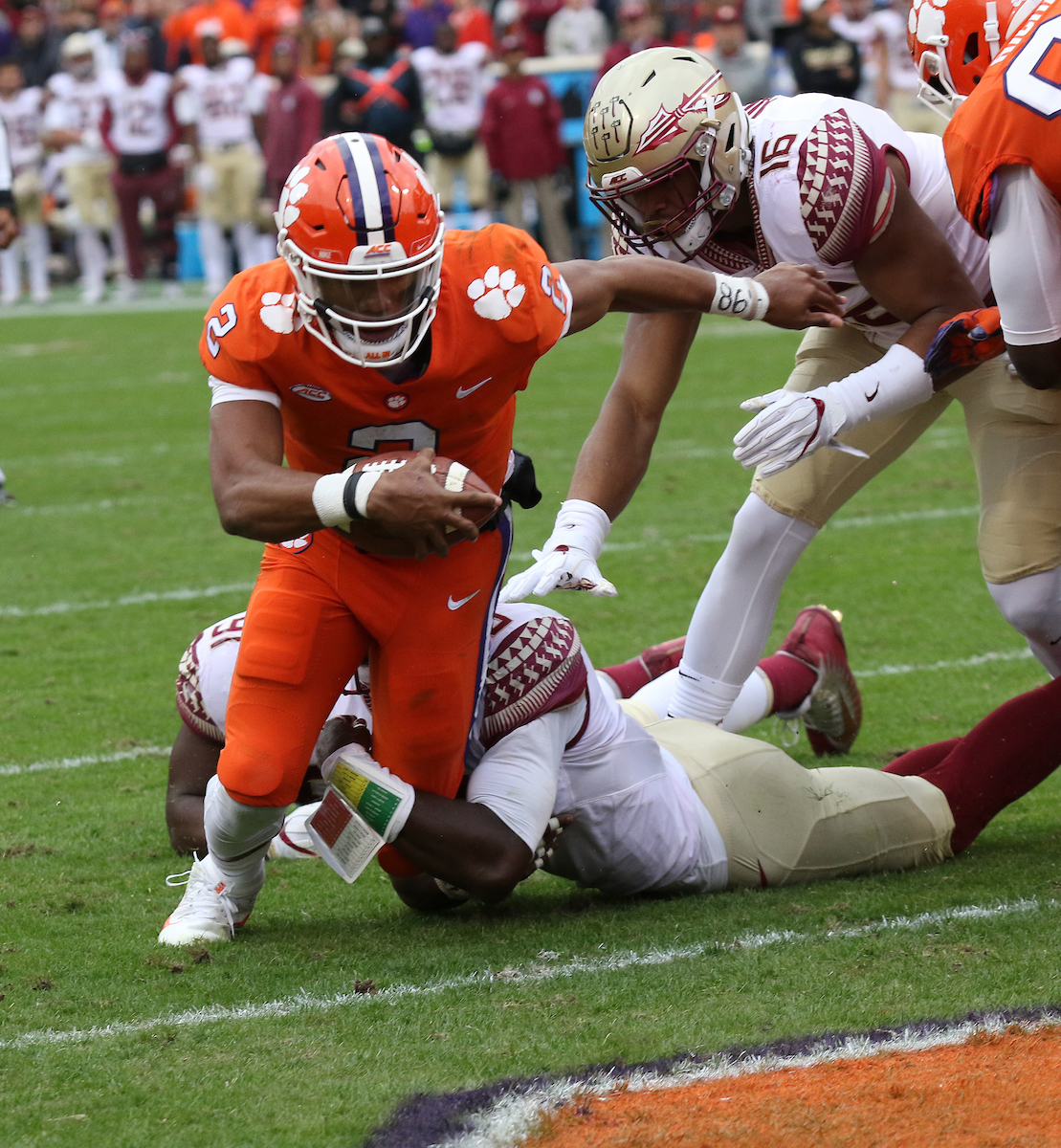 His one lost fumble aside, Bryant played another solid overall game – completing 20 of 30 passes for 151 yards.  He added sixty rushing yards and one touchdown to his tab – and now has 608 rushing yards and ten scores on the season.

Courtesy of the Clemson University sports information office, here are the official stats from Saturday’s game …

Clemson will play its last home game of the season next Saturday against The Citadel.  Kickoff is currently set for 12:20 p.m. EST with the ACC Network providing coverage.