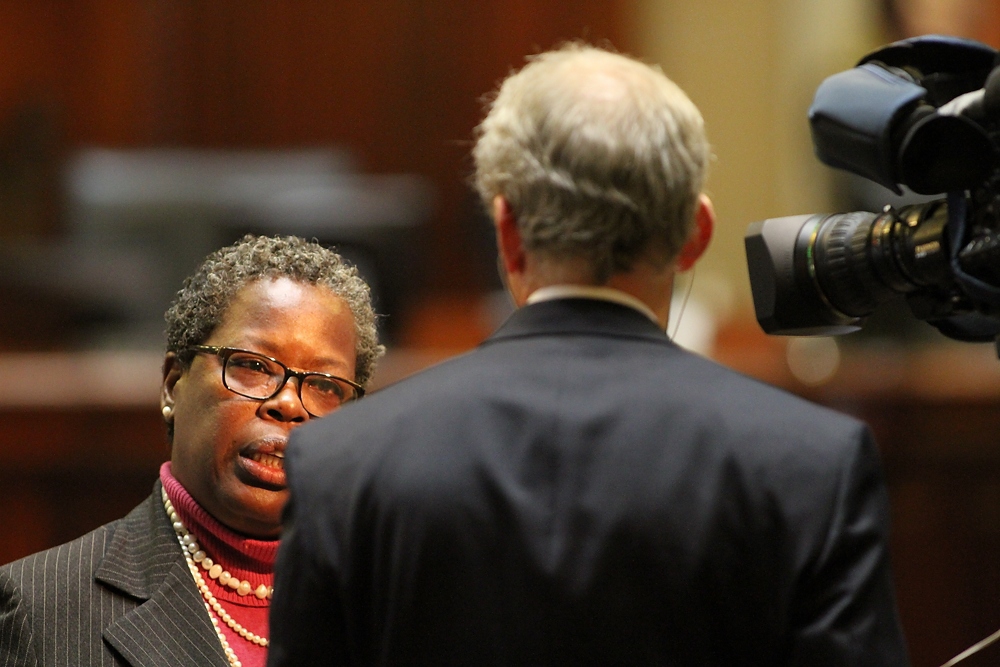 Several months after the fact, the Richland County, South Carolina sheriff’s department has arrested a veteran black lawmaker for allegedly assaulting one of his female colleagues.

We had a guest columnist reference this incident several months ago … but we assumed it had vanished into the ether.

Cobb-Hunter filed a complaint with Richland County sheriff Leon Lott a month ago, and this week the office of fifth circuit solicitor Dan Johnson (following consultation with a local magistrate) found probable cause to charge Govan.

According to witnesses, the two black Democrats engaged in a verbal dispute regarding legislation aimed at consolidating Orangeburg County’s failed government-run school districts.  This verbal dispute escalated, although the nature of the escalation remains hotly disputed.

Third degree assault is a misdemeanor punishable by up to thirty days in jail – meaning Govan will not be suspended from office pending the outcome of the charge against him.

Govan turned himself into authorities.

His arrest created a difficult situation for S.C. Speaker of the House Jay Lucas, whose office conducted an “exhaustive investigation” in the aftermath of the allegations first being raised by Cobb-Hunter.

“All known witness, particularly those identified by representative Cobb-Hunter, were interviewed the day of the incident,” he said.  “As the investigator continued his review, he was instructed to seek out additional testimony from potential witnesses who had not been interviewed on May 11, 2017 to ensure the investigation was as comprehensive as possible.  Based upon a lack of evidence, the investigation could not conclude that Rep. Govan assaulted Rep. Cobb-Hunter.”

Lucas added that Govan’s decision to turn himself in “suggests a separate conclusion has been reached by Richland County law enforcement.”

“I believe this conclusion is based upon altered testimony or a differing recollection of events than those available to me throughout the House’s investigation,” Lucas added.  “Given these inconsistencies that have now arisen five months after the initial event, this matter is best handled through the criminal justice system. I stand willing and able to assist law enforcement with any information or materials that were gathered during the House’s detailed and impartial investigation.”

To be clear: We don’t have a dog in this fight … on any level.

As far as we’re concerned, Cobb-Hunter and Govan are both part of the problem in state government – voting in lockstep with liberal GOP leaders on a fiscally liberal agenda.

Both support increased taxing, borrowing and spending on a government that produces consistently abysmal outcomes – economically, fiscally, educationally and with regards to infrastructure, public safety and other core functions of government.

As to their dispute regarding the governing structure of Orangeburg’s spectacularly failed state-run schools, we would remind them both that real gains in academic achievement in the Palmetto State will never be realized until market-based pressures are brought to bear on the failed status quo.