Fiscally liberal South Carolina State Senator Paul Campbell has been charged with driving under the influence (DUI) and providing false information to law enforcement officers following an incident on a Lowcountry interstate this weekend.

Campbell – who double-dips as director of the Charleston International Airport – was reportedly involved in a collision on Interstate 26 near Ladson, S.C. late Saturday evening.

As of Sunday morning, he was still detained at the facility pending a bond hearing. 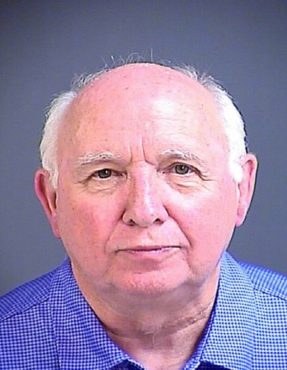 Campbell has represented S.C. Senate District 41 (map) since 2007.  He is currently the chairman of the Senate’s ethics committee, and is one of the lawmakers appointed by liberal Senate leader Hugh Leatherman to “investigate” the recent #NukeGate debacle.

Campbell has missed several of these hearings, however, as we noted in this extensive report.

“Couldn’t happen to a better person,” one Lowcountry politico told us, referring to Campbell’s arrest. “He is one of the most corrupt (lawmakers).”

We’re not going to argue that latter point.

Campbell never should have been appointed to his $225,000-a-year airport gig, and it’s been no surprise to us that his tenure there has been marked by allegations of corruption.  Meanwhile as a lawmaker, Campbell has been instrumental in helping liberal leaders like Leatherman advance their big government machinations.

Having said that, we’re not going to celebrate Campbell’s misfortune, either.

UPDATE: Details are emerging … and they’re not good for Campbell.