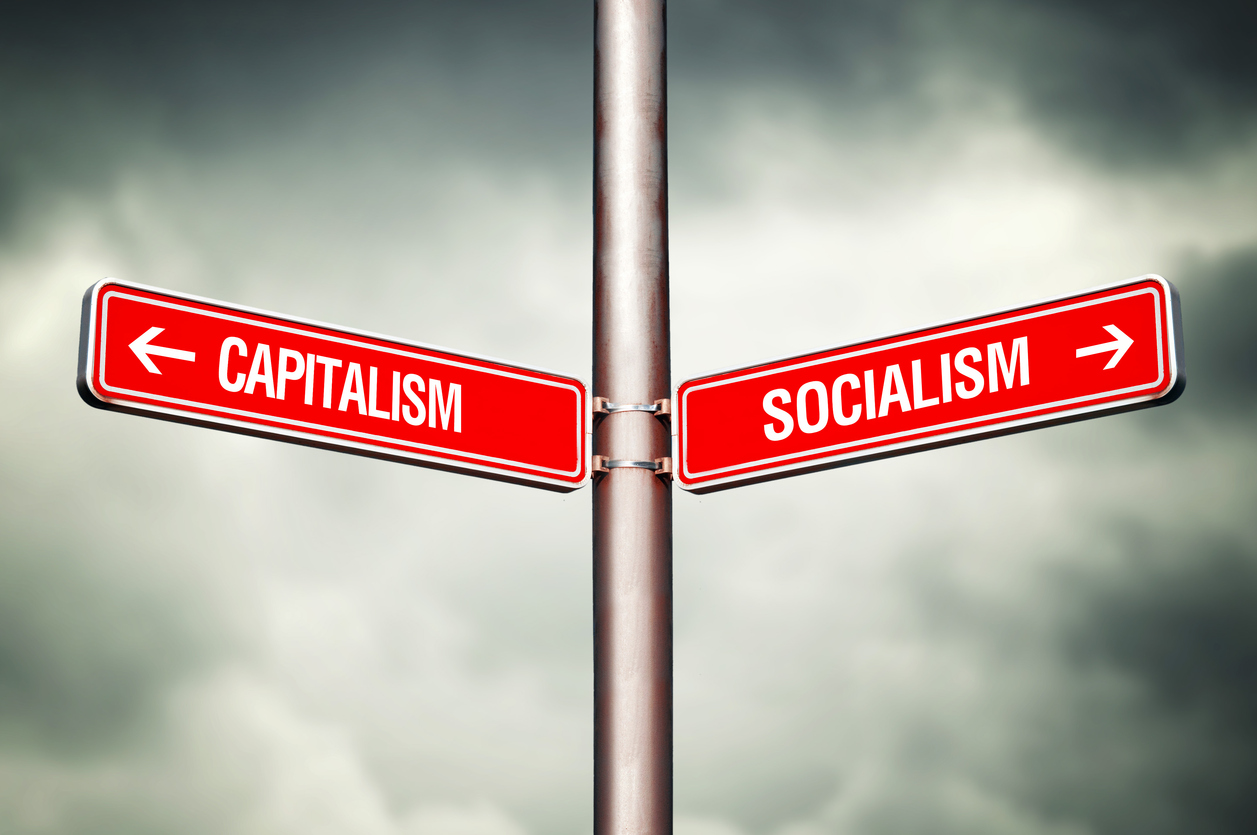 That’s according to a new survey from the group Victims of Communism, which relied on polling data from YouGov.

Among all Americans, the spread is 59-34 percent in favor of capitalism.

Should we be worried?  Yes … but not necessarily because of the ostensible ideological implications associated with this survey.  We should be worried because numerous previous surveys have proven that millennials don’t have a clue what socialism is.

A 2014 Reason-Rupe poll concluded that 42 percent of millennials were favorable to the word “socialism” – but by a 2-to-1 margin they rejected government management of the economy.

LOL. Millennials … you can’t have it both ways.

Of course there is reason to cut our young friends some slack on the other side of the question.  Our current form of “capitalism” has been completely bastardized by “Republicans” and Democrats – a.k.a. Washington, D.C.’s #TeamPurple.  What was once a free market has become a politically rigged system – manifesting itself in declining overall prosperity and a widening wealth gap.

The middle class is vanishing – squeezed on one side by the welfare state and on the other side by wealthy crony capitalists.  Fueling both sides of the squeeze?  Bought-and-paid for politicians of both parties.

“Some contend that the millennials’ antipathy toward capitalism is misplaced frustration at the crony capitalism, corporatism, and socialistic systems that have hijacked a once free market,” Raven Clabaugh wrote for The New American last year.

Here’s the problem: We’re approaching (passing?) a point in our public discourse in which familiar political/ ideological labels – i.e. “Republicans” vs. Democrats, conservatives vs. liberals or capitalists vs. socialists – no longer mean a damn thing.  The GOP brand has been especially diluted by decades of erroneous (yet allowed) self-application by liberal politicians.

“At the local, state and federal level there are literally thousands of elected officials who label themselves as ‘Republicans’ – yet they explicitly reject their party’s most fundamental beliefs,” our founding editor Will Folks wrote back in 2013.  “They don’t oppose interventionist economic policies and redistributive taxation, they embrace these positions.  They lie, in other words.”

Indeed … which is why it’s no surprise the GOP label has become synonymous with the other party of unwieldy, unsustainable government.

Now the GOP march to the left has begun to change the way we define “conservatism” (what the hell does that word even mean anymore) and “capitalism.”

Mass Shootings: There Is No Political Solution