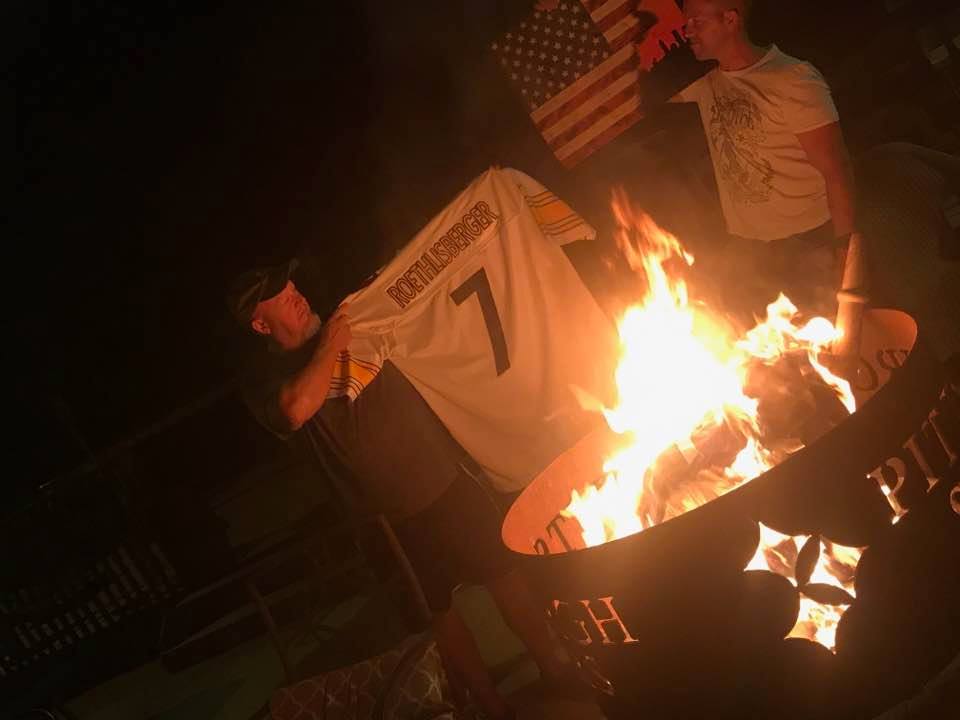 Think the rage against the National Football League (NFL) over the latest round of player protests of the national anthem isn’t real?

This week, the Pittsburgh Steelers refused to take the field for the national anthem prior to their game against the Chicago Bears.

Well … all but one Steeler refused to take the field.  Offensive lineman Alejandro Villanueva stood tall for the anthem – although the former U.S. Army Ranger (and Afghan War) veteran later apologized for doing so.

“Every single time I see that picture of me standing by myself, I feel embarrassed,” Villanueva said, according to the Pittsburgh Tribune-Review. “This national anthem ordeal has sort of been out of control, and there’s a lot of blame on myself. Every single one of my teammates is extremely supportive and extremely patriotic. I can honestly said that.”

Villaneuva may be willing to bow to the politically correct gods, but Steeler fans across the country most assuredly are not.

In Myrtle Beach, S.C. for example, Ronnie Hribar – a longtime Steelers fan and owner of Longbeards Bar & Grill – held a bonfire at his business in protest of his former favorite team.  Hribar gathered up all the Steelers memorabilia in his restaurant on Sunday night and invited customers to bring their own NFL gear to the store on Monday night for a big bonfire. 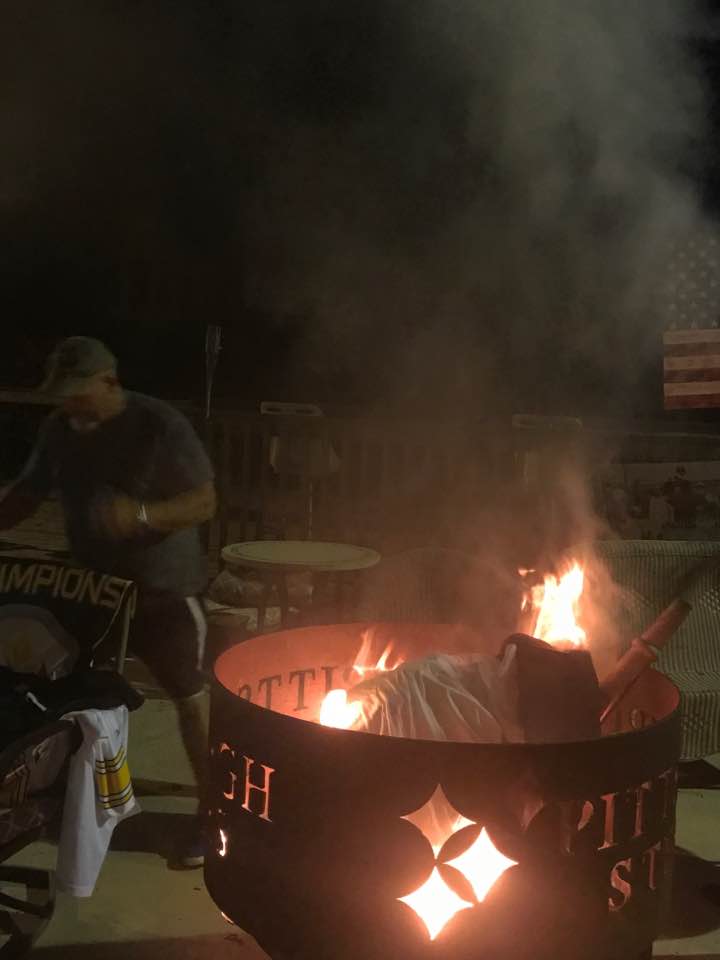 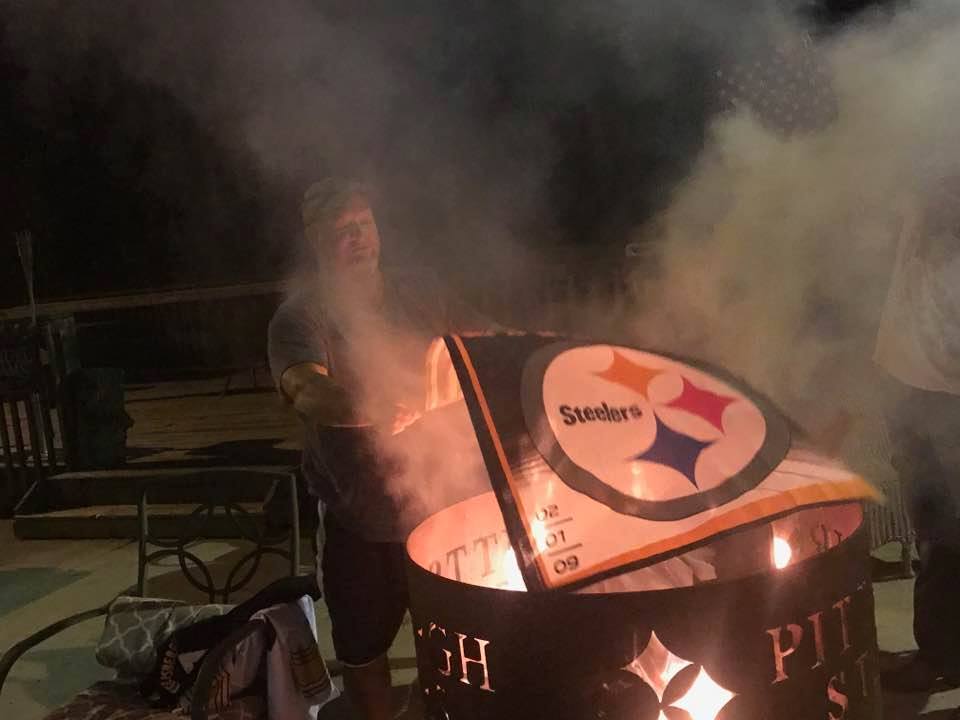 “Not a Steeler fan anymore!” Hribar wrote on his Facebook page.