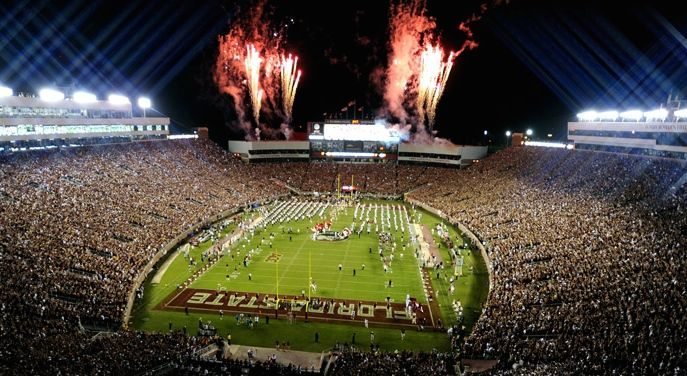 By REECE FUNDERBURK  ||  This week news broke that Florida State University’s starting quarterback Jameis Winston was suspended for the first half of Saturday’s game against the Clemson Tigers for obscene comments the redshirt sophomore made on campus Tuesday.

At first glance, this seems like one of the best things that could have happened for the Tigers this season, but in reality it’s the exact opposite.

Starting in place of Jameis on Saturday will be Sean Maguire, a former three-star prospect who was recruited by only one school: BUFFALO.  Yeah, I know, but stay with me here.

What happens if the Tigers (1-1, 0-0 ACC) still wind up losing this game?  Say the Tigers are up at halftime and Jameis comes in and lights them up in the second half.  If the Tigers lose, now it’s not just a case of not being able to beat the Seminoles (2-0, 0-0 ACC) – but “Famous Jameis” would’ve only needed two quarters to beat them.

See the problem here?  Now, suppose the Tigers build a big enough lead to overcome Jameis coming into the game at halftime – and win the game.

Tiger fans, you’d still be allowed to boast about beating Florida State on the road – but do you honestly think a committee would truly believe Clemson is better?

If Clemson beats FSU on Saturday, all the Tigers will hear is, “well they didn’t have Jameis” from the likes of national analysts, media, fans on social media, and possibly the college football’s new playoff committee.

Far from making things easier on Clemson, the pressure the Tigers are facing is even heavier now than it was after the clobbering they took in their home stadium last season, our should I say Jameis’ house …

So Clemson fans rejoice in the possibility of a win … but remember this, if you lose this game, the flood gates and backlash “trolling” will be worse than ever before.

@fitsnews Will, that's just silly. FSU beats us even if Burt Reynolds is QB. They're (sadly) the better team.

#Clemson in a "no win" situation Saturday against #FSU #ACC @fitsnews

Winston has now been suspended for the entire game …