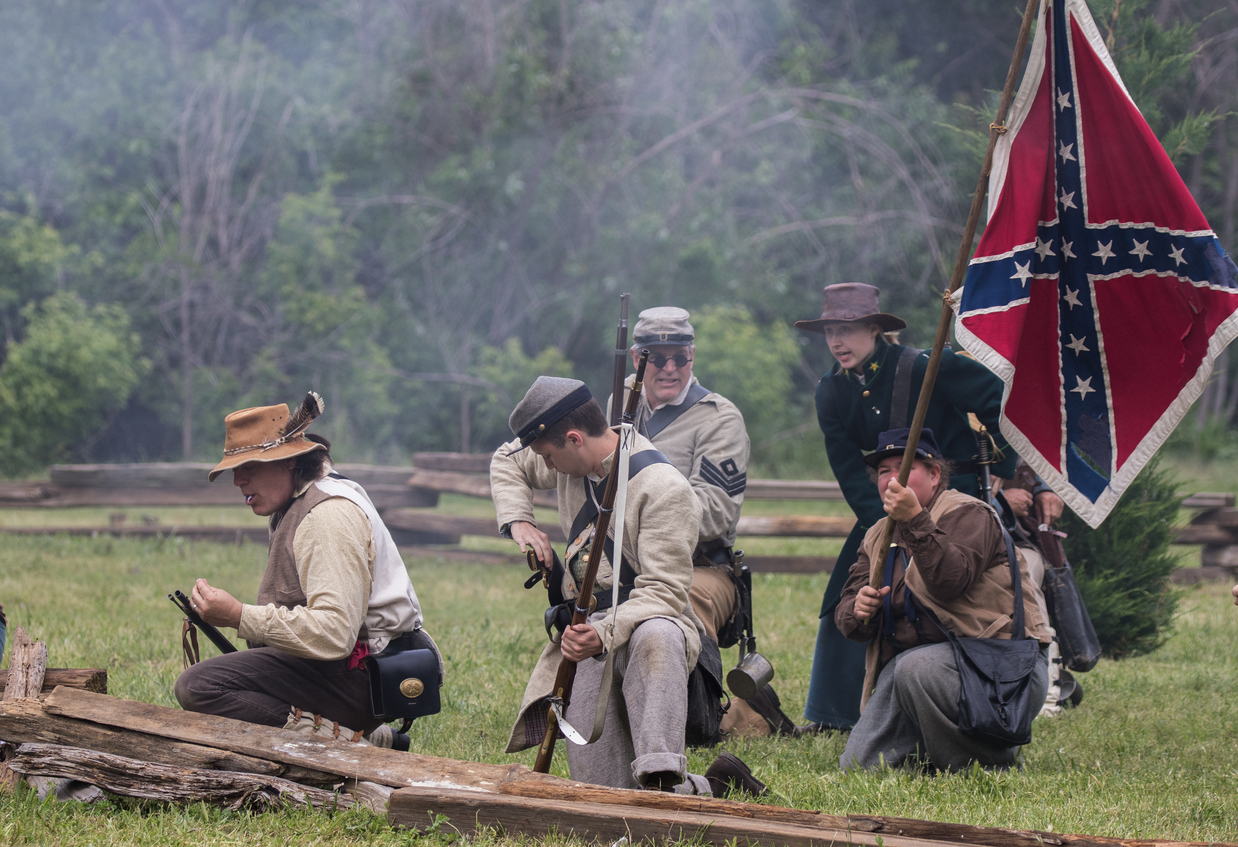 In the latest southern surrender to encroaching political correctness, a longstanding War Between the States reenactment scheduled for next month in York County, South Carolina has been cancelled.

The reenactment – held for the past three decades at Historic Brattonsville, S.C. – was ostensibly called off due to “security concerns,” according to reporters Andrew Dys and John Marks of The Rock Hill Herald.

Event organizers were fearful of potential protesters, and they didn’t want to pick up the tab for expanded security after local law enforcement leaders (notably the York County sheriff’s department) refused to work the event.

“The historical and educational benefits are outweighed by the potential danger and risk to public safety of hosting the event in the current political climate,” one of the organizers said in a statement.

Organizers also said the “current national discussion” surrounding the War Between the States has prompted them “to step back and reflect” on the cultural programming offered at Historic Brattonsville.  Future events will tell “the story of those tumultuous years to the actual Brattonsville community – including those who were enslaved there.”

To be clear: No War Between the States battles were ever fought in Brattonsville, so canceling this reenactment doesn’t fit neatly into the “erasing history” argument.

However, it does clearly fit in with a broader effort to remove all things Confederate from the public consciousness …

Do we support that effort?  No.

In fact, we are so disappointed by the one-sided, hypocritical onslaught of far left “tolerance” purveyors that we are beginning to regret our support for removing the Confederate flag from the grounds of the S.C. State House two years ago.