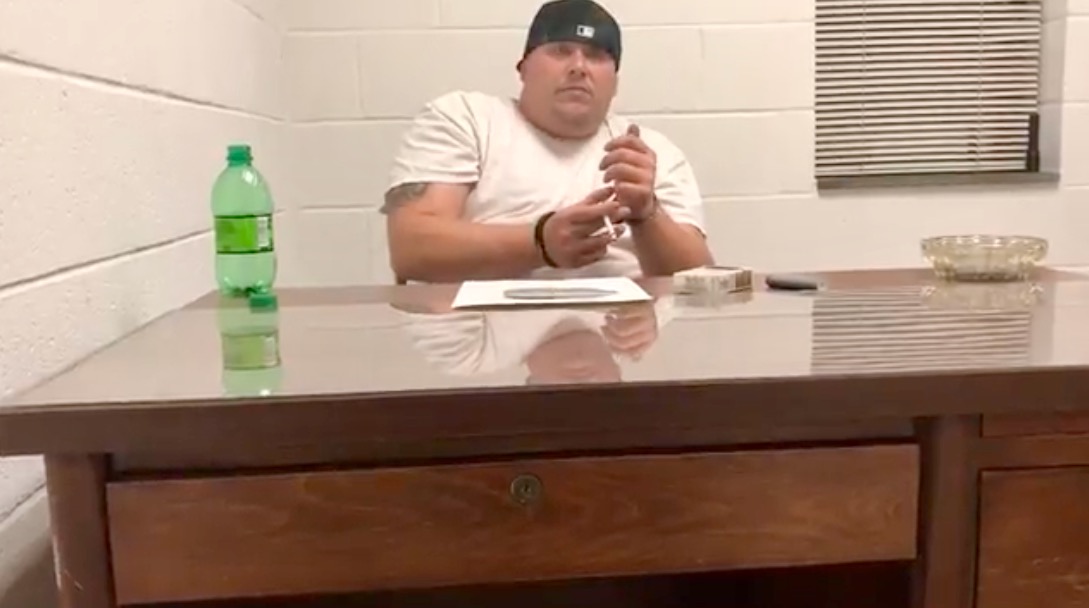 Jason Cheney has been the police chief of tiny Lamar, South Carolina for a little under a year.  During that time, he’s done his best to portray himself as a law enforcement leader who prefers to be out on the streets – supporting his fellow officers.

“I do paperwork in my office and that’s about it,” Cheney told local television station WBTW TV 13 (CBS – Florence/ Myrtle Beach) earlier this year.  “I’d rather be on the street enforcing traffic laws and helping my guys.”

It turns out “paperwork” isn’t the only thing Cheney does at police headquarters, though.

In addition to patrolling the mean streets of Lamar (population: 959), Cheney is a budding thespian who performs under the stage name Johnny Davidson.

In the monologue above – which was filmed in the interrogation room of the Lamar police department – Cheney portrays a man confessing to the murder of a “90-year-old Nazi.”

“I just fucking lost it, I just fucking lost it,” he says, his character describing the moment he decided to stab the aging white supremacist in the neck. “There was a letter opener – right there on the left side of the desk and um … I grabbed it.  And I stabbed him. Right in the jugular.”

“What would you have done?” Cheney asks his interrogator.

Cheney’s video was posted to YouTube on August 3.  In the week-and-a-half prior to our discovering it, the clip had received 107 views.

To be clear: We have no problem with Cheney pursuing his dream of becoming an actor.  Police work is stressful stuff – especially in South Carolina – and law enforcement officers need outlets and hobbies outside of their work.

Should Cheney have used government property and resources to further his acting career, though?  No …