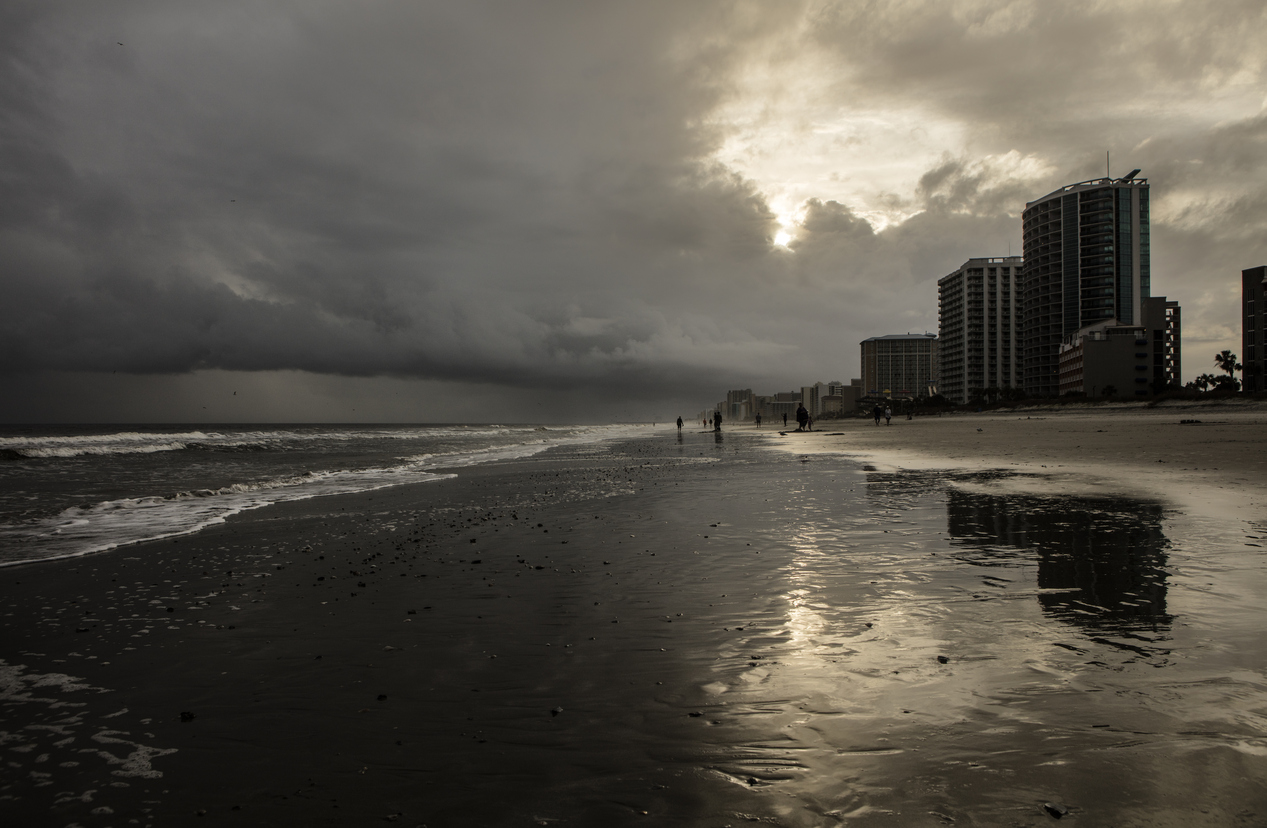 We’ve been doing our best these days to simply call things as we see them … and not go overboard with the doom-and-gloom pronouncements.

“The sky is always falling somewhere,” a friend of ours told us recently, her tongue firmly implanted in her cheek.

Indeed.  In many cases this website has been too hasty to embrace the worst-case scenario regarding the future … a default setting we attribute to spending the last decade-and-a-half in South Carolina politics.

In many cases we’ve been right, too …

But no one likes to hear people say they “told you so.”  Nor does anyone want to listen to a broken record – especially one stuck on a sour tune.  Accordingly, we’ve done our best in recent months to simply lay out the facts on various issues (as best we know/ understand them) and endeavor to interpret them and commend a proper perspective or course of action as dispassionately as we possibly can.

Today, though, we feel the need to revert to our alarmist roots … dusting off our trusted tin foil hats in order to wax hysterical and pseudo-apocalyptic about the future of our fair state.

Hopefully, events will unfold in such a way as to prove us wrong.  Hopefully fortune will smile on South Carolina in spite of the ongoing self-service/ negligence of its current crop of “leaders.”  Hopefully the center can hold, and hopefully our state’s moribund consumer economy can reignite and provide a greater measure of opportunity and prosperity to our people.

Hopefully our leaders can start serving others before themselves, too, and using their brains for a change.

Because make no mistake, a is storm coming … and South Carolina isn’t exactly in an ideal position to ride it out. 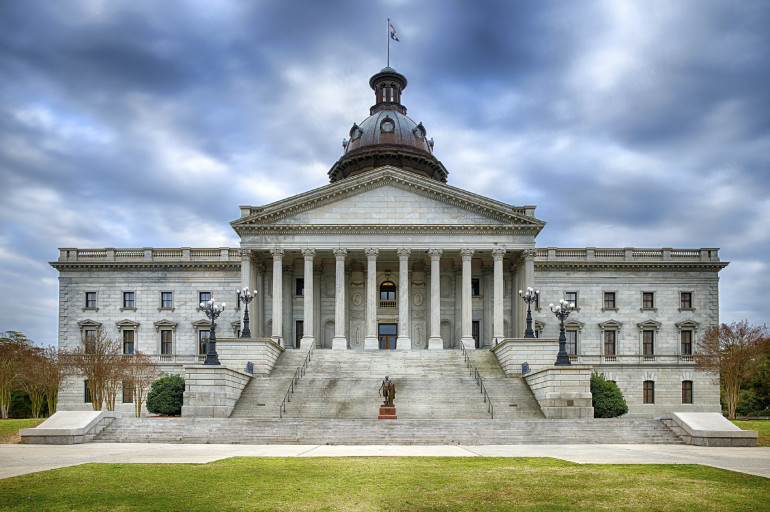 We all know South Carolina is poor.  And that its workforce is shrinking compared to its population.  And that available jobs aren’t all that promising.  And that overall economic growth has been slipping.

Those aren’t conjectures, either, they are measurable economic data points.  We also know from measurable, objective data that despite massive increases in government spending and borrowing, the Palmetto State’s outcomes remain abysmal when it comes to education, infrastructure, public safety and other core functions of government.

More money has indeed produced more problems … and now a set of challenges lurks on the horizon threatening to compound the existing malaise. 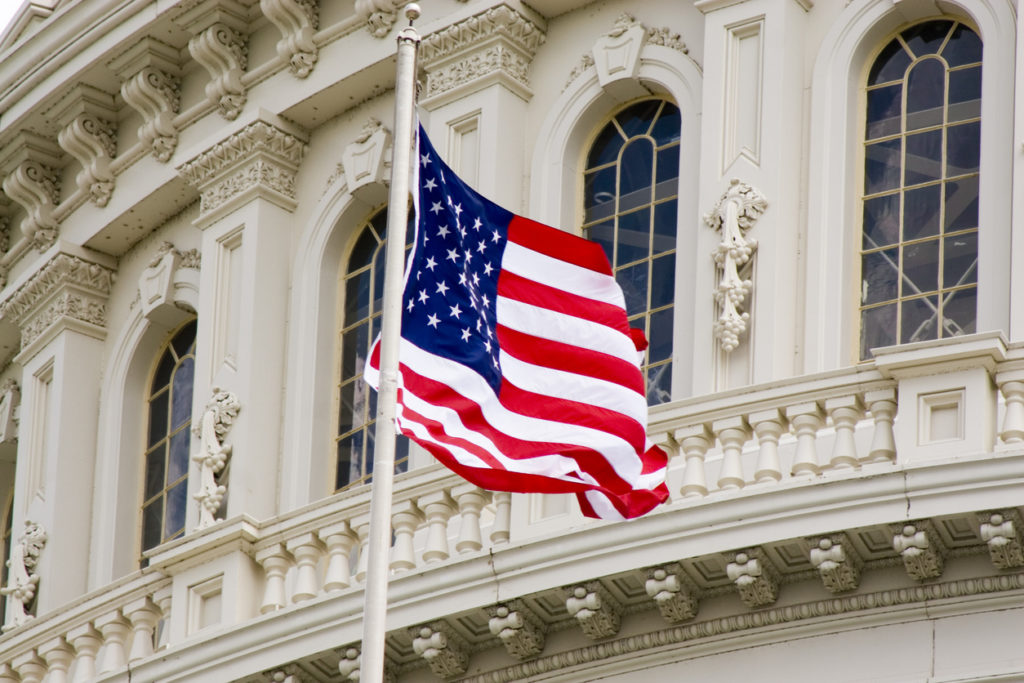 Washington, D.C. is badly broken.  The abject failure of “Republicans” to slow the growth of government, repeal Obamacare and provide broad-based tax relief (especially to the middle class) is hamstringing the economy.

Growth remains slow, and nearly 100 million working age Americans remain on the sidelines of our economy.

Our nation has endured a prolonged economic downturn unrivaled since the Great Depression, and as much as we wish it were otherwise … there seems to be no light at the end of the tunnel.

In fact if the GOP cannot figure out how to advance a pro-free market agenda soon, the “light at the end of the tunnel” voters were expecting to see by now could wind up being a train. 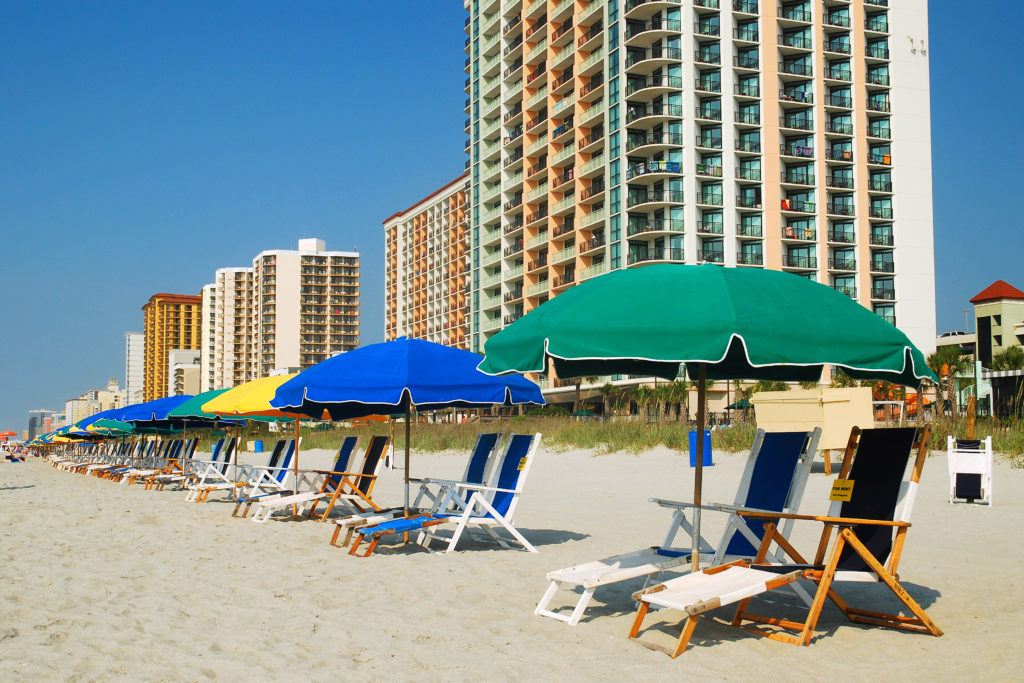 This website has written previously regarding the Palmetto State tourism industry – warning of its ongoing failure to diversify.  Unfortunately, tourism leaders have failed to heed these warnings.

Rather than charting a sustainable path forward and taking advantage of new opportunities to expand our state’s destination portfolio, they have instead relied on pipe dreams and continued their best efforts to kill the golden goose.

South Carolina’s “tourism mafia” does its best to depict the rosiest of scenarios, but those numbers are up for debate – and each year fresh challenges compound the underlying issue.

This year’s challenges?  A highly publicized spate of gang violence followed by allegations of flesh-eating bacteria in the area’s persistently dirty water.

Talk about a potential tourism nightmare … 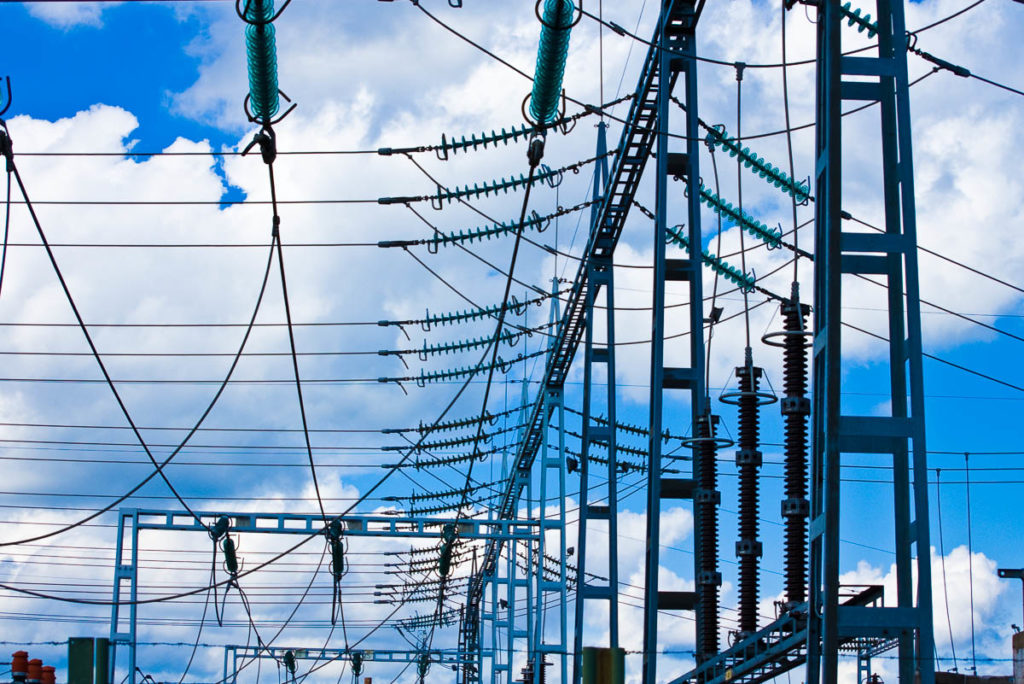 To hear South Carolina’s mainstream media and government-run energy providers tell it, there has been a declining demand for energy in the Palmetto State – which will continue into the future.

Aside from the 5,000 people who are now out of work, Santee Cooper’s decision means those projecting less energy demand in the future had better be right.

SCANA – which was partnering with Santee Cooper on the two reactors – says it has seen steady increases in demand for power, which is why it currently has to purchase huge chucks of it off the grid as opposed to generating it here in South Carolina.

Its projections call for demand to continue rising … and now there is no plan to meet it.  We’re also told Lowcountry leaders are concerned in the aftermath of Santee Cooper’s decision that they will lack sufficient power to expand the area’s growing manufacturing cluster. 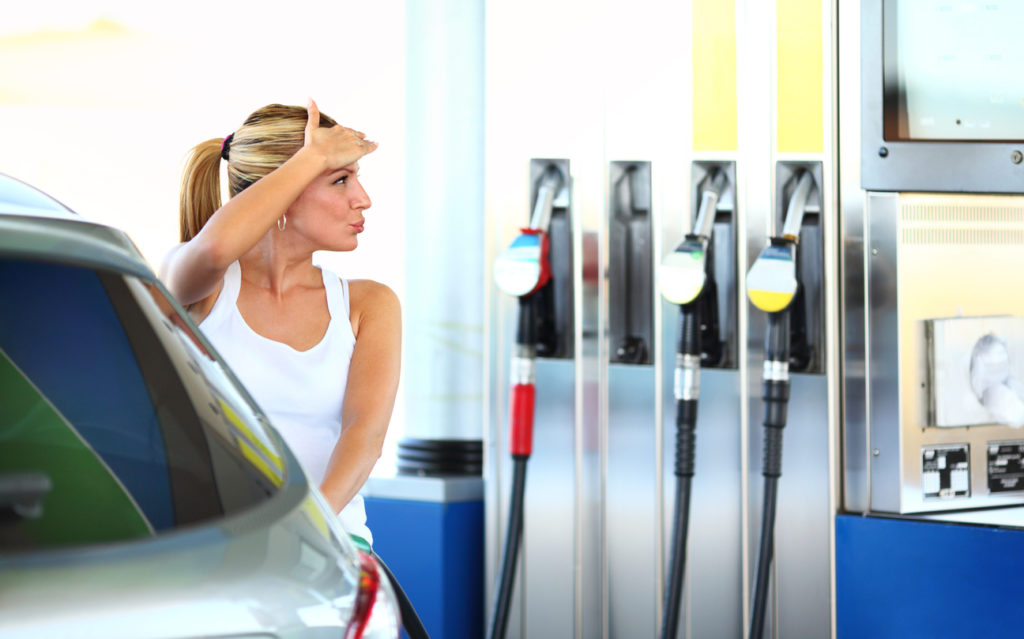 This website spent the last three years vigorously opposing efforts by “Republican” leaders in the S.C. General Assembly to raise gas taxes and other vehicular-related fees on Palmetto State.

Unfortunately, a gas tax hike was rammed through this year … and its first round of levies took effect on July 1.

“This tax hike will hit people who can’t afford it the hardest,” we predicted.  “That will create a corresponding drag on the consumer economy, which will only be compounded in the event the national economy enters another recession.”

Oh, and each year the tax hike gets a little bit higher …

Not only that, legislative leaders moved a few words around in the state’s code of laws – changing “tax” to “fee” so they could borrow against the proceeds of the new money they are raking in. 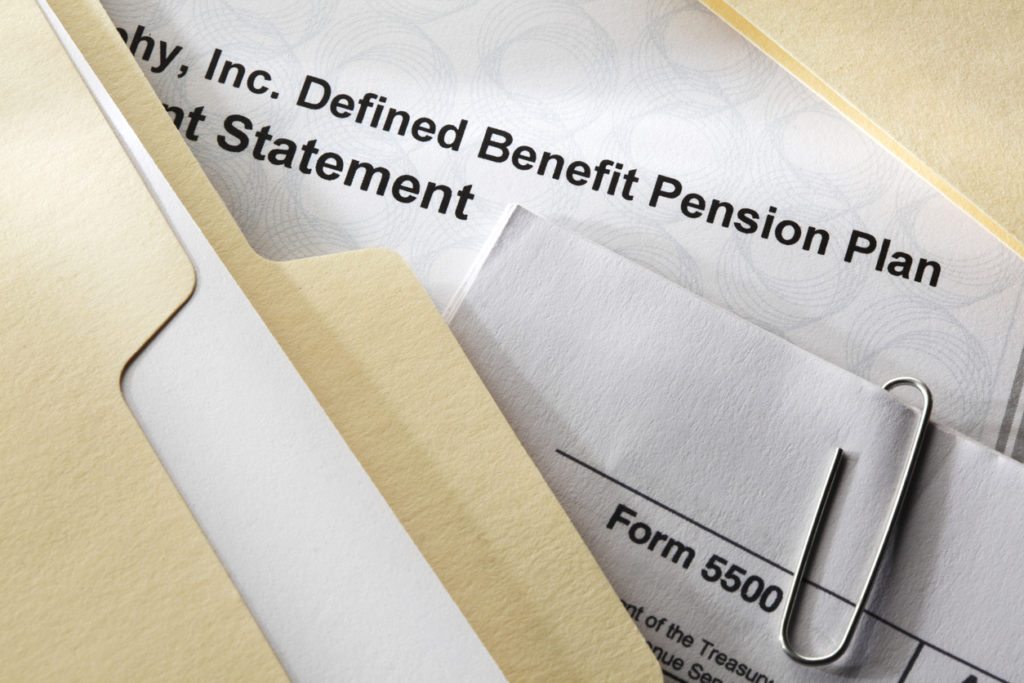 We’ve rattled off a few issues of concern here, but there are many, many more to worry about …

Perhaps the most pernicious problem facing the Palmetto State, though, is the inherit unfitness of its “leaders” to address its issues.  As we noted at the outset of this piece, South Carolina taxpayers are compelled year after year to throw more money into a system that produces diminishing returns.  How long can they continue to do so?

If this “perfect storm” materializes, perhaps not much longer.

Beginning this year, South Carolinians are on the hook – each year – for a whopping $826 million in new pension fund obligations (on top of the $1.4 billion they were already paying into this failed system).

That’s money that must come out of the state’s budget … every year.

Have underlying problems with the fund been fixed?  Hell no …

Such an approach is the textbook definition of insanity.  It’s also subsidizing what can only be described as a veritable industry of corruption in which elected officials game the system to their advantage and stick taxpayers with the ever-escalating costs of their failure.

Bottom line?  Our state’s problems would be difficult enough to solve under the leadership of selfless, intelligent, principled public servants.  But we don’t have those sorts of people in office … instead we have a bunch of self-dealing narcissists and sycophant followers conspiring to maintain the current system at all costs.

Myrtle Beach: Only A “Flesh Wound”