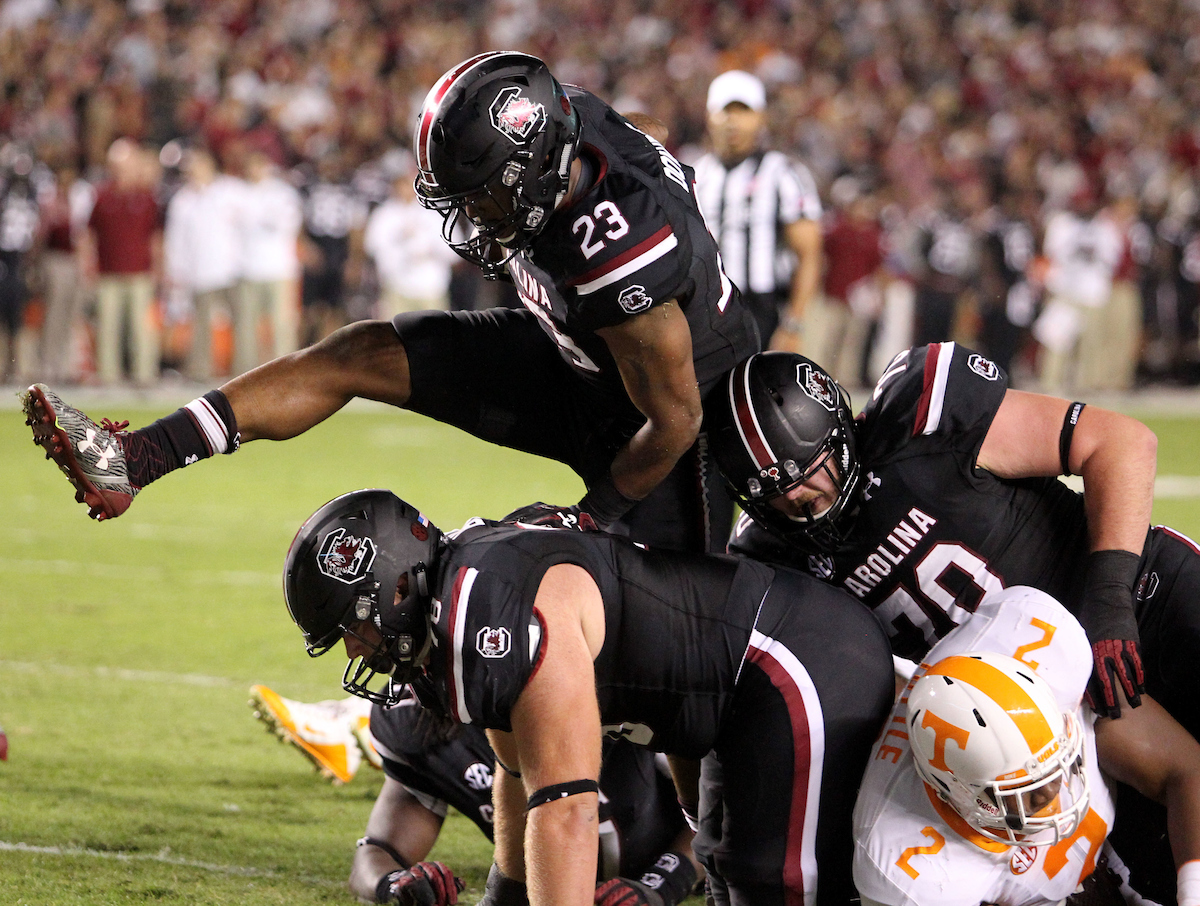 University of South Carolina sophomore running back Rico Dowdle has been named to the 2017 preseason watch list for the Doak Walker Award, presented annually to the top running back in college football.

With all the preseason hype accruing to sophomore quarterback Jake Bentley and junior wide receiver Deebo Samuel, it’s nice to see Dowdle getting his due.

Despite sitting out the first four games of his freshman season last year, Dowdle led the Gamecocks in rushing with 764 yards on 133 carries (for an average of 5.7 yards per carry).  He scored six times on the ground and once through the air.  A 5-foot-11, 220-pound native of Asheville, N.C., Dowdle was the first South Carolina running back since the legendary Marcus Lattimore to lead the team in rushing as a freshman.

He’s expected to post even bigger numbers as he enters the upcoming campaign as the undisputed starter in the backfield.

Along with Bentley and Samuel, Dowdle is one of head coach Will Muschamp’s top offensive weapons heading into the 2017 season – a bruising interior rusher who can bounce off defenders and force his way forward for extra yardage.

The Doak Walker Award is named for Southern Methodist University (SMU)’s three-time All-America running back Doak Walker.  Of interest, it is the only major collegiate award that requires all candidates to be in good academic standing and on schedule to graduate within one year of other students of the same classification.

South Carolina is coming off of a 6-7 campaign in 2016 (their first season under Muschamp) and have been picked to finish fourth in Southeastern Conference’s eastern division this year.

The team opens its 2017 season on September 2 against the North Carolina State University Wolfpack at Bank of America Stadium in Charlotte, N.C.  Kickoff is set for 3:00 p.m. EDT.

How many games does Muschamp need to win this year?  You tell us …

US Senators Want To Make Boycotting Israel A Felony