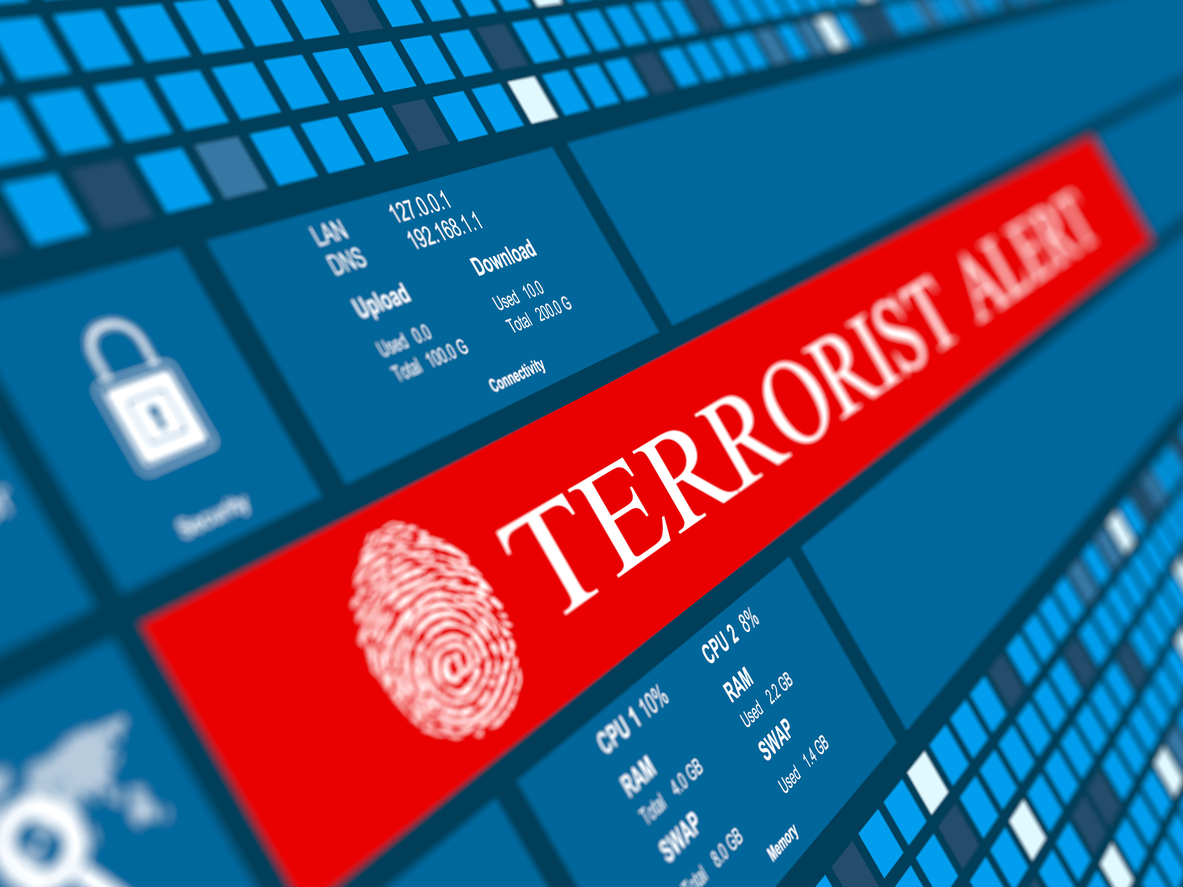 The War on Terror (WOT) turns 16 this year – a heck of a sweet birthday for America’s elected and appointed officials.  Their power and budgets have grown almost as fast as the body count.

If you’re like me, you don’t feel too celebratory, what with almost 32 percent or more of our income supporting the WOT and other boondoggles.  Equally horrifying, this war controls much of our lives.  With terrorism as their excuse, the Feds sexually assault us before we board a plane.  They monitor, record and store our every electronic communication and transaction.  Not even snail-mail is safe from official snooping: The Post Office retains a copy of all we send or receive.

Our rulers insist such despotism is the price of safety, given the terrorists scheming to blow us sky-high.

Too bad the Feds don’t read their own publications, especially an annual one from the U. S. State Department called Country Reports on Terrorism.  It proves that terrorists are not only in shamefully short supply, but they aren’t even yearning to take out America.

A census of sorts, the Reports estimates terrorist group by terrorist group how many bad guys plot to attack the ol’ Homeland.  It doesn’t offer an exact count, but it does give us – and, you’d presume, those politicians who are literate – something to work with.

Chapter 6 of the Reports lists “Foreign Terrorists Organizations,” then sketches each FTOs history as well as its “Activities,” “Strength,” and “Location/Area of Operation.”  So how many “Organizations” scheme to behead us?  Hundreds or even a couple of thousand?

Worse, that’s twenty less than the 78 “fusion centers” the Department of Homeland Security “operate[s] as state and major urban area focal points for the receipt, analysis, gathering, and sharing of threat-related information.”  And those centers are just some of America’s counter-terrorist bureaucracies.

OK, but surely all 58 FTOs are bursting with thousands of jihadists, right?

Wrong again.  Since we don’t know exactly how many “radical Islamists” lust to massacre us, the Country Reports frequently notes an FTO’s “Strength” as “Unknown” or “Estimated to have 100 members” or “between 500-700 members.”  Still, adding the “Strengths” of those 58 FTOs together should reveal approximately how many terrorists could sabotage our flight if the TSA doesn’t grope us first.

To compensate for the Reports’ uncertainty, we’ll use the higher ranges it lists.  For example, when bureaucrats figure the “Strength” is “50-70,” we’ll go with “70.”  We’ll interpret “few,” “low” or “several” – as in “Membership is estimated in the low hundreds” or “Membership is estimated to be several thousand fighters” – as “five” (so these FTOs would have 500 and 5000 members, respectively if not respectably).  And to compensate for the 16 of the 58 FTOs whose “Strength” is “unknown,” we’ll double our total.

Yet the numbers are still as mortifyingly low as Nancy Pelosi’s approval ratings: A measly 320,000 terrorists.

And just as counter-terrorism agencies far outnumber FTOs, so do the Warriors on Terror the terrorists.  At “more than 240,000 employees,” the Department of Homeland Security alone has 75 percent as many bodies – live ones, though it’s sometimes hard to tell with bureaucrats – as all the FTOs on the planet.  Then throw in the spooks at the NSA, the CIA, the FBI, local cops with their “counter-terrorism units,” etc.  America’s armed forces yield another 2,083,100 combatants sighting on those same 320,000 terrorists.  To say nothing of the bureaucracies and armies of such allies as England or Germany.

It gets even more embarrassing.  Most of those 320,000 killers care exclusively about their own backyards, not ours.  In fact, the State Department never mentions “Columbia Metropolitan Airport,” “Washington, DC” or even “Somewhere in the Homeland” as any FTO’s “Location/Area of Operation.”  Terrorists favor more exotic places: Lebanon, Syria, “the Philippine provinces of the Sulu Archipelago” and Mali.  And when they do grab Americans as hostages, it’s because their victims were tourists or trespassers – sorry, officials in the wrong foreign country at the wrong time: “al Harakat al Islamiyya (the Islamic Movement)” didn’t kidnap the 3 Americans it slaughtered in May 2001 from Main Street, USA.

Astoundingly, not a single terrorist in the Reports is gunning for America.

So how does that sewer on the Potomac manage to wage war without an enemy?  Simple: the FBI manufactures “domestic” terrorists.  Courtesy of our taxes, the Feds gin up all the “threats” they need.

For example, in 2009, four “Islamic terrorist[s]” in Newburgh, NY, supposedly connived “to blow up Jewish synagogues and shoot down military jets with missiles.”

They had lots of help – from the FBI.  “[A]n informant paid to pose as a terrorist
mastermind paying big bucks for help in carrying out an attack” had recruited the four impoverished young “men beset by drug, criminal and mental health issues.”

Same song, second verse: The government pulled a similar stunt with the “Fort Dix Five – accused of plotting to attack a New Jersey army base … Burim Duka, whose three brothers were jailed for life for their part in the scheme, insists they did not know they were part of a terror plot and were just buying guns for shooting holidays in a deal arranged by a friend.  The ‘friend’ was an informant…”

Behind virtually all “domestic terrorism” is an “informant” befriending vulnerable, lonely losers – the sort still living at home, without a job or a full deck upstairs.  The informant coddles and cajoles them for months, making them feel important, then rats them out when they finally agree to his proposals.  One journalist who has studied these hoaxes warns, “The FBI is responsible for more terrorism plots in the United States than any other organization. More than al Qaeda, more than al Shabaab, more than the Islamic State, more than all of them combined. … [T]he FBI is much better at creating terrorists than it is at catching terrorists.”

It’s even better at making patsies of us.