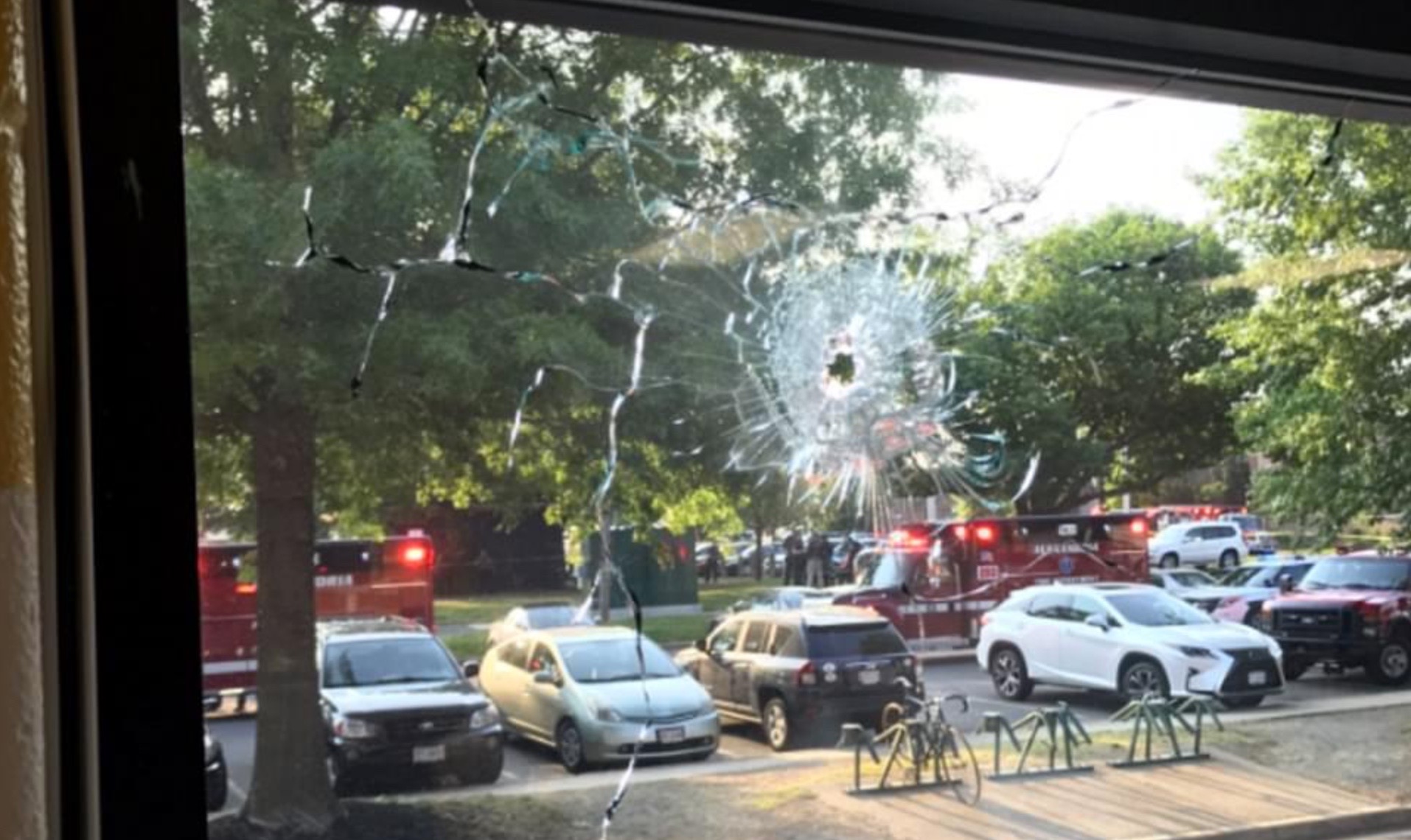 A liberal activist who supported the 2016 presidential campaign of socialist U.S. Senator Bernie Sanders opened fire on GOP members of Congress as they practiced for an upcoming softball game early Monday morning.

Five people – including GOP whip Steve Scalise of Louisiana – were wounded in the attack, which took place in Alexandria, Virginia.  The alleged shooter was identified as 66-year-old James T. Hodgkinson of Belleville, Illinois – a rabid Sanders supporter who family members said may have been motivated by his hatred of America’s new president.

Hodgkinson was shot and killed by agents of the U.S. Capitol Police during the assault.  Two Capitol Police officers – identified as Krystal Griner and David Bailey – were among those wounded in the hail of gunfire, but both were “in good condition and have not suffered any life-threatening injuries at this point,” chief Matthew Verderosa said.

Lawmakers praised Verderosa’s agency for its quick response to the shooting.  The gunman opened fire at around 7:09 a.m. EDT from behind a fence near the third base line of the field where the GOP lawmakers were practicing.  Capitol Police arrived within three minutes of the first shots ringing out.

“Nobody would have survived without the Capitol Hill police,” U.S. Senator Rand Paul told CNN. “It would have been a massacre without them.”

According to the brother of the suspect, the shooter was irate over the election of U.S. president Donald Trump.

“I know he wasn’t happy with the way things were going, the election results and stuff,” Michael Hodgkinson told The New York Times.

“Trump is a Traitor,” Hodgkinson wrote on his Facebook page earlier this spring. “Trump Has Destroyed Our Democracy. It’s Time to Destroy Trump & Co.”

Trump addressed reporters at the White House in the aftermath of the attack, offering his support for Scalise and calling for national unity.

“Congressman Scalise is a friend, and a very good friend,” Trump said. “He’s a patriot.  And he’s a fighter. He will recover from this assault – and Steve, I want you to know that you have the prayers not only of the entire city behind you, but of an entire nation, and frankly the entire world.  America is praying for you and America is praying for all of the victims of this terrible shooting.”

“We may have our differences, but we do well in times like these to remember that everyone who serves in our nation’s capital is here because, above all, they love our country,” Trump added. “We can all agree that we are blessed to be Americans, that our children deserve to grow up in a nation of safety and peace, and that we are stronger when we are unified, and when we work together for the common good.”

“I am sickened by this despicable act,” Sanders said. “Let me be as clear as I can be.  Violence of any kind is unacceptable in our society and I condemn this action in the strongest possible terms.”