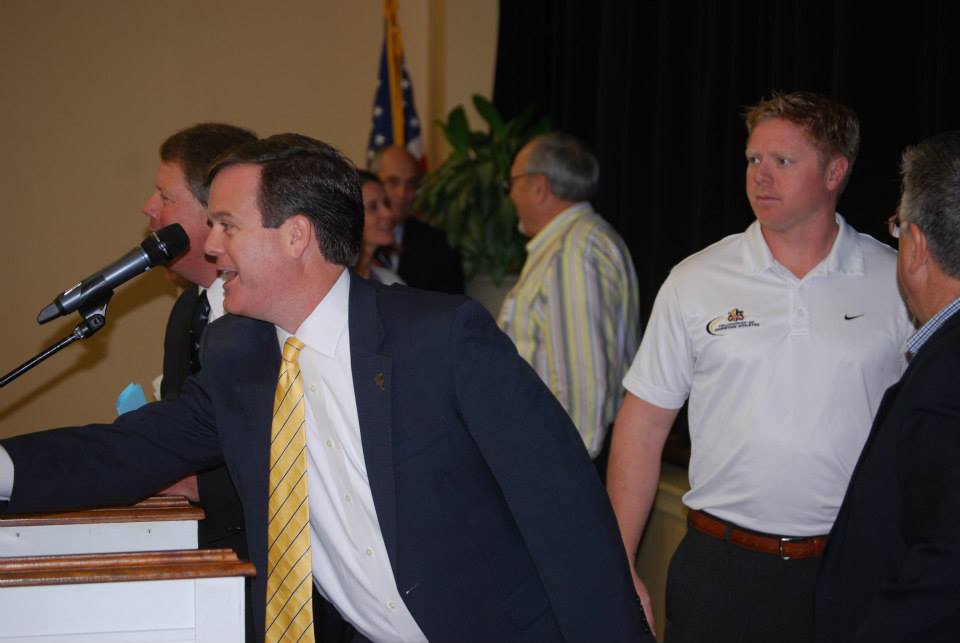 S.C. Senate district 20 (map) is heavily gerrymandered, stretching from downtown Columbia to the city’s northwestern suburbs.  Since 1985, the district has been held by fiscally liberal “Republican” John Courson – although the 72-year-old lawmaker is currently dealing with some serious health problems.  Courson is also staring down criminal charges in connection with #ProbeGate, an ongoing investigation into corruption within state government.

In the increasingly likely event Courson resigns his office, a special election would be held to fill the remainder of his term – which runs through 2020.

According to our sources, South Carolina lawmaker Nathan Ballentine – who has represented S.C. House district 71 since 2005 – is the top “Republican” prospect for this seat.

Is Ballentine interested in running for this State Senate seat?  Yes.

“There’s no vacancy but I’ve been asked by a lot of people,” Ballentine told us over the weekend.  “Whether it’s 2020 or whenever, yes I would consider it after talking with family and supporters first.”

Ballentine told us he suspected there would be “some others” in the primary, although he hadn’t “heard of any” additional names.

So far we’ve heard only one other name on the GOP side – that of former Lexington County clerk of court Beth Carrigg.

We reached out to Carrigg for a comment on her plans but did not immediately receive a response.  Sources close to the staunch conservative told us she wasn’t trying to ignore us – but was simply waiting to engage the speculation “out of respect” for Courson.

On the Democratic side there appears to be no speculation as to who will run for this seat.  If a vacancy occurs, former S.C. House minority leader James Smith is “in,” we’re told – and would enter such a race as the prohibitive favorite.

Stay tuned … we will continue to keep an eye on Courson’s status in the coming days and keep our readers informed in the event we hear of any other names being floated for this district.