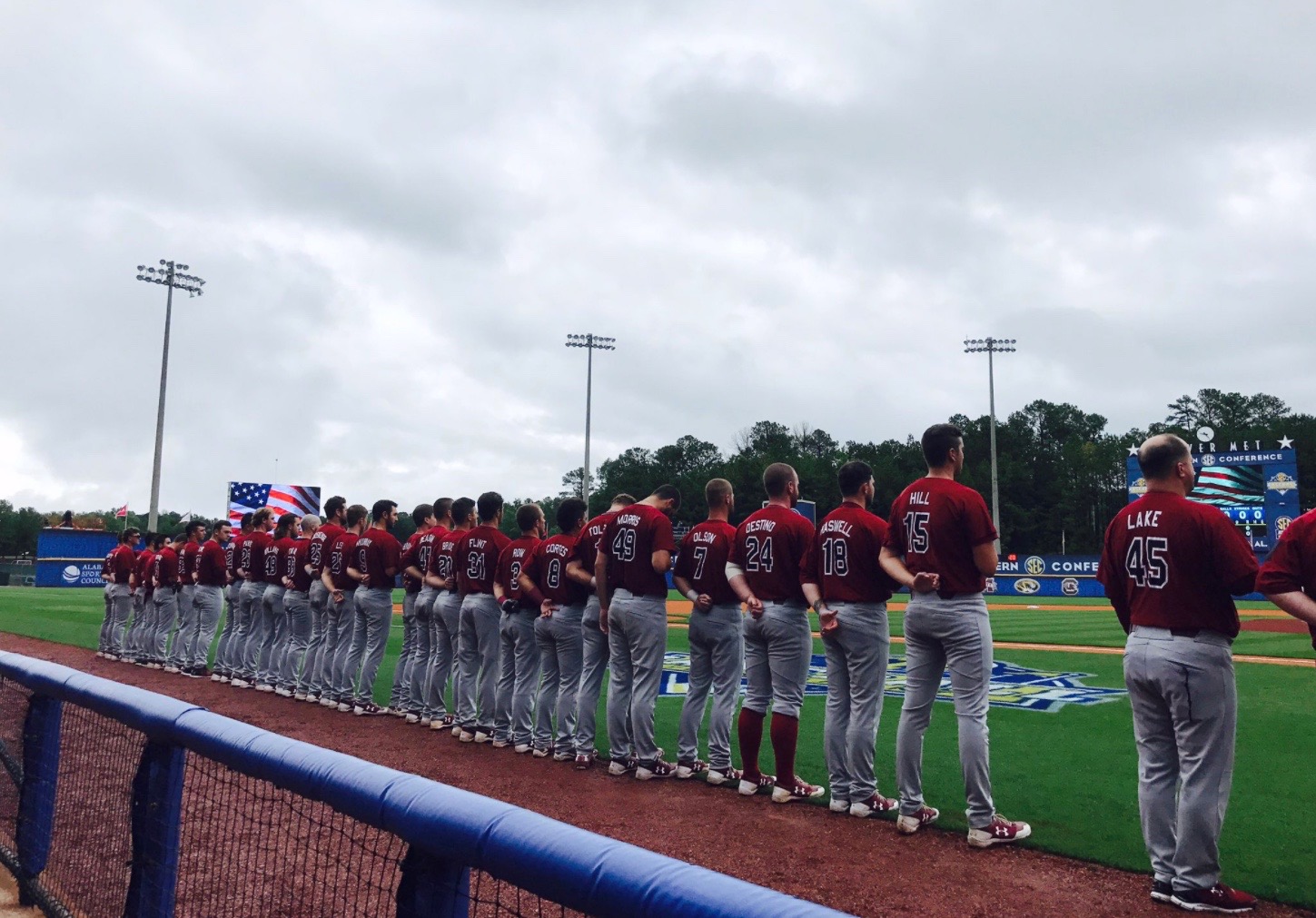 The University of South Carolina baseball team saw its last-ditch bid to earn a trip to the NCAA tournament flame out spectacularly on Saturday.

Could embattled head coach Chad Holbrook’s team still sneak in the postseason?  It’s possible … but a win over seventh-ranked Louisiana State University in the Southeastern Conference (SEC)’s semifinal game would have certainly helped make the case for at-large bid.

“They’ll need another win against Louisiana State to re-enter at-large discussion,” Michael Lananna noted for Baseball America.  “And even still, there are no guarantees. A tournament win is South Carolina’s best bet.”

LSU hammered the Gamecocks 11-0, putting an embarrassing exclamation mark on a forgettable season.

The Tigers (42-17) scored three runs in the first inning, two in the second and six in the third – and then coasted until the end of the seventh inning when the game was called due to the “mercy rule.”

Now the Gamecocks (35-25) must benefit from the misfortune of others if they are to avoid missing out on postseason play for the second time in three years.

To say Gamecock fans are accustomed to such lackluster outcomes would be a colossal understatement.  Prior to 2015, South Carolina hadn’t missed the NCAA tournament since 1999 – a run that included four trips to the College World Series final (2002, 2010, 2011 and 2012) and a pair of national championships (2010 and 2011).

Holbrook’s team began the year ranked No. 4 in the nation – with Gamecock fans expecting to build on last season’s 46-18 record (Holbrook’s best mark since taking the reins of the program following the 2012 season).

Will Holbrook keep his job?  So far he has maintained the support of former head coach Ray Tanner – who handed Holbrook the reins of the program prior to him becoming athletics director five years ago.

We’re told Tanner and USC president Harris Pastides are under intense pressure from the school’s board of trustees, though, so the decision may not be completely up to them.

According to the results of our latest poll, 68 percent of respondents believe Holbrook should be fired compared to 23 percent who say “no” and nine percent who are unsure.