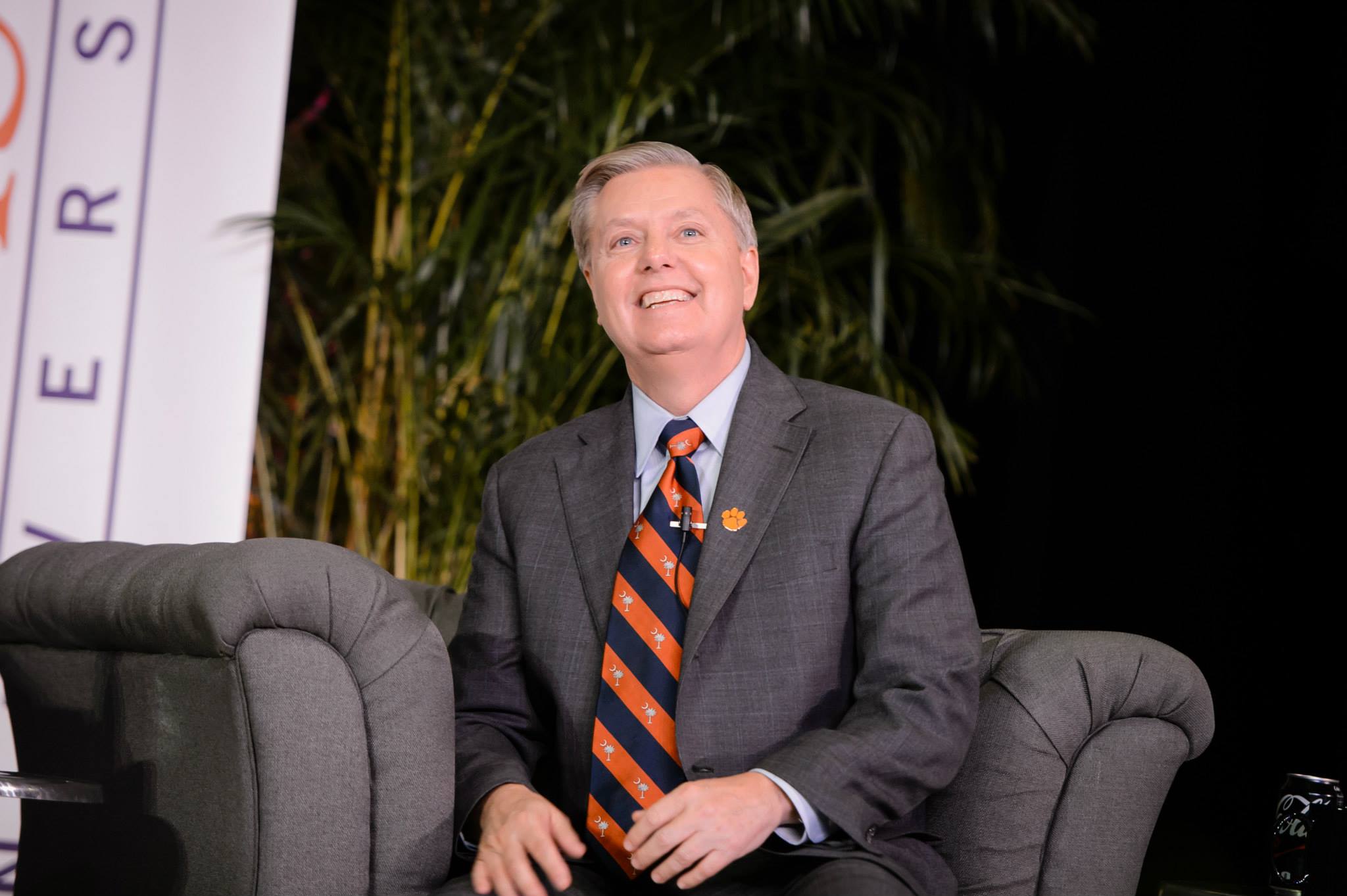 South Carolina Senator Lindsey Graham likes to roll the dice. I don’t know if he literally enjoys gambling or not, but he has no problem gambling with the sanctity of our Constitution to pay back his “Big Gambling” cronies.

It’s not surprising to see him carrying the water for his billionaire donors.  We are talking about some big numbers and jeopardizing the Tenth Amendment all at the same time.

The good Senator recently introduced a bill called the “Restoration of America’s Wire Act” or RAWA. This would extend the Federal Wire Act from the sixties and impose a federal ban on online gambling. It would simultaneously grant a broad exemption for daily fantasy sports gambling. This bill is an example of everything that is wrong with Washington, D.C. and Graham is the poster child for cronyism.

Sheldon Adelson is a billionaire gambling tycoon with brick and mortar casinos all over the world including Las Vegas. He is obviously for outlawing any kind of gambling that diminishes peoples need to come to his casinos. I know you may be shocked to learn that just days after Mr. Adelson donated $20 million to the Senate Leadership Fund that was supporting Senator Graham…the Senator brought his (RAWA) bill to the Senate floor.

Coincidence to be sure. What are the chances of that? A billionaire casino owner gives the Senate Leadership $20 million and suddenly Senator Graham introduces a bill to outlaw that casino owner’s competition from existence. Inconceivable of me to draw a connection, right?

RAWA was originally drafted by lobbyists working for Sheldon Adelson and is entirely designed to shield his Sands Casino Empire from the free market competition found on the internet. RAWA is being sold as the answer to the bad and addictive qualities of gambling. It sounds like a good old fashioned Sin Tax, but it’s not. It literally targets only the enemies of the big casinos. If it was really about curbing gambling, then why would it have an exemption for sports fantasy gambling?

It wouldn’t of course. Gambling is currently regulated by the states and that’s where it should stay. Over 90 percent of conservatives at CPAC answered a poll question that they were against this bill and with Republican control of the congressional houses it has little chance of success, but not for efforts of Senator Graham.

Senator Graham carefully asked a question at the behest of his benefactor Adelson at the appointment hearings for new Attorney General Jeff Sessions. Senator Graham was obviously beginning his attempt to manipulate the new AG to his side of the debate. Graham asked Sessions what he thought about a Department of Justice legal counsel opinion limiting the scope of the 1961 Wire Act to sports betting.

Graham left the door wide open as Sessions said he would revisit the topic. The National Governors Association (NGA) didn’t like that exchange one bit and issued a letter to Sessions objecting to any such move related to the Wire Act and gaming that would unilaterally roll back state laws. The letter enjoys bi-partisan support and was signed by Terry McAuliffe D-Virginia and Brian Sandoval R-Nevada.

“Legislative or administrative actions that would ban online Internet gaming or Internet lottery sales…The regulation of gaming has historically been addressed by the states. While?individual governors have different views about offering gaming—in a variety of forms—within their own states, we agree that decisions at the federal level that affect state regulatory authority should not be made unilaterally without state input.? A strong, cooperative relationship between the states and federal government is vital to best serve the interests of all citizens.”

Mr. Sessions is tasked with undoing eight years of decay left from the Obama Administration. A move to unilaterally ban online gaming would be a big mistake and definitely a signal that he has no interest in draining the swamp of DC.

Steve Sherman graduated from the University of Iowa. Steve is an author, popular radio commentator, and former House candidate. His articles have appeared nationally in both print and online. His most recent novel, titled Mercy Shot, can be found on Amazon or at www.scsherman.com.