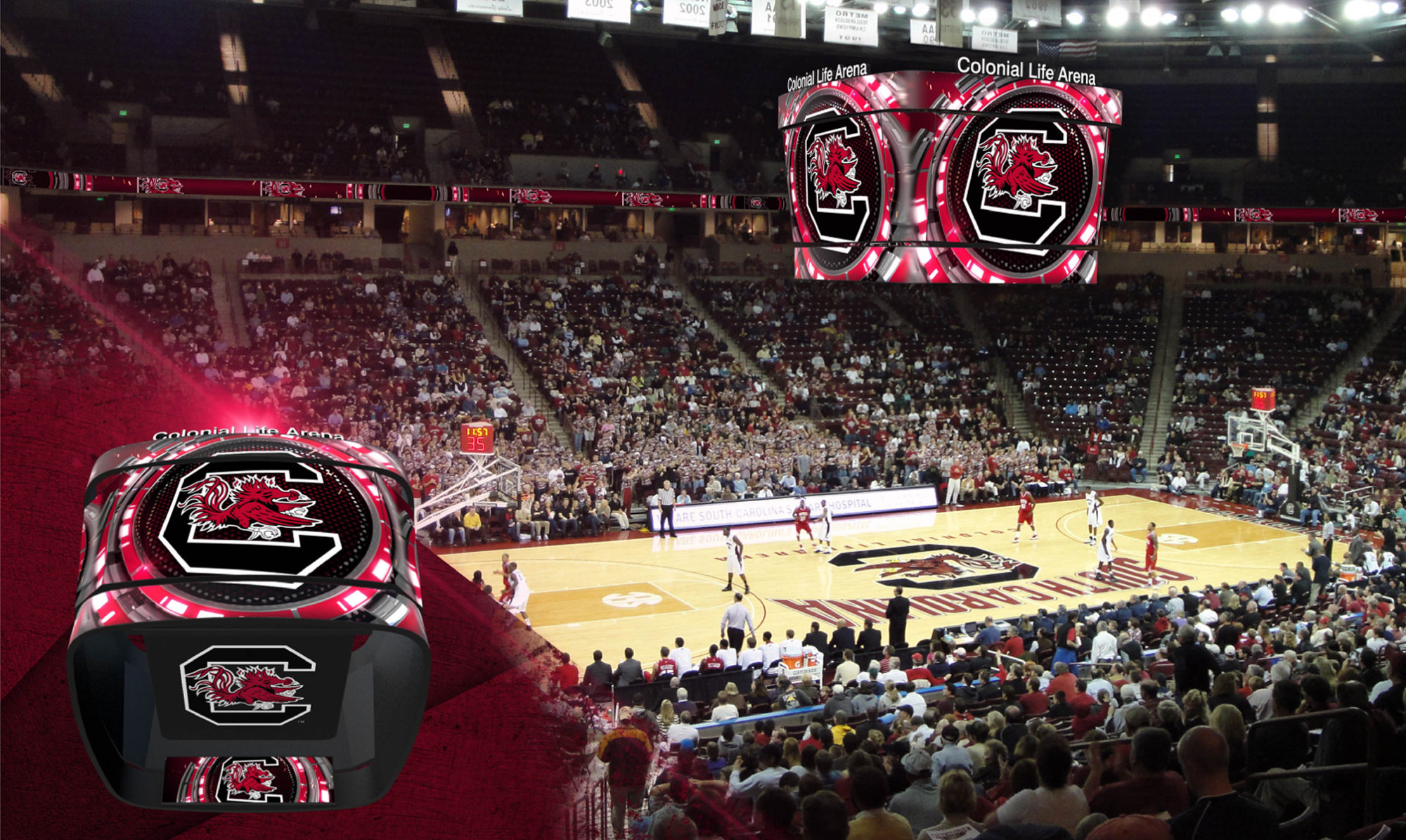 The University of South Carolina has asked South Dakota-based Daktronics to install a new “centerhung” LED system in its Colonial Life Arena as part of a facilities upgrade.

The system will be installed in the 18,000-seat arena later this summer – well before the 2017-2018 men’s and women’s basketball teams beginning competition.

“The technology and the video display quality of these new video and ribbon boards will make the in-venue experience at Colonial Life Arena the best in the nation,” Gamecock athletics director Ray Tanner said in a statement.  “These new boards will make such a tremendous impact on our men’s and women’s basketball programs. It will be great for our student-athletes, coaches and fans.”

According to a release from the company, the new LED “centerhung” will feature four convex-curved main displays with tight 4-millimeter line spacing to bring excellent image clarity and contrast to fans throughout the venue. They will measure approximately 12 feet high by 20 feet wide and are capable of variable content zoning allowing each display to show one large image or to show multiple zones. These zones can show any combination of live video, instant replays, statistics and game information, graphics and animations, and sponsorship messages.

“We’re excited to be working with the University of South Carolina and are thrilled to be a part of the upgraded visual presentation at Colonial Life Arena,” a Daktronics sales representative said in a statement. “They’re introducing some big video features including being one of the only venues with 4-millimeter technology in their centerhung system. Some unique features will really stick out to the fans such as the curved main displays and 10-millimeter technology on their fascia displays as well as incorporating a trend in the professional sports arena industry with two underbelly displays to make the experience better for people sitting closer to the court.”

In addition to the new centerhung display, a large 360-degree ribbon display will be installed along the seating fascia.  This provides the opportunity to supplement statistics and graphics shown on the main displays as well as offering an option to highlight sponsors throughout events.

No word yet on the cost of all these enhancements … or who is picking up the tab for them.