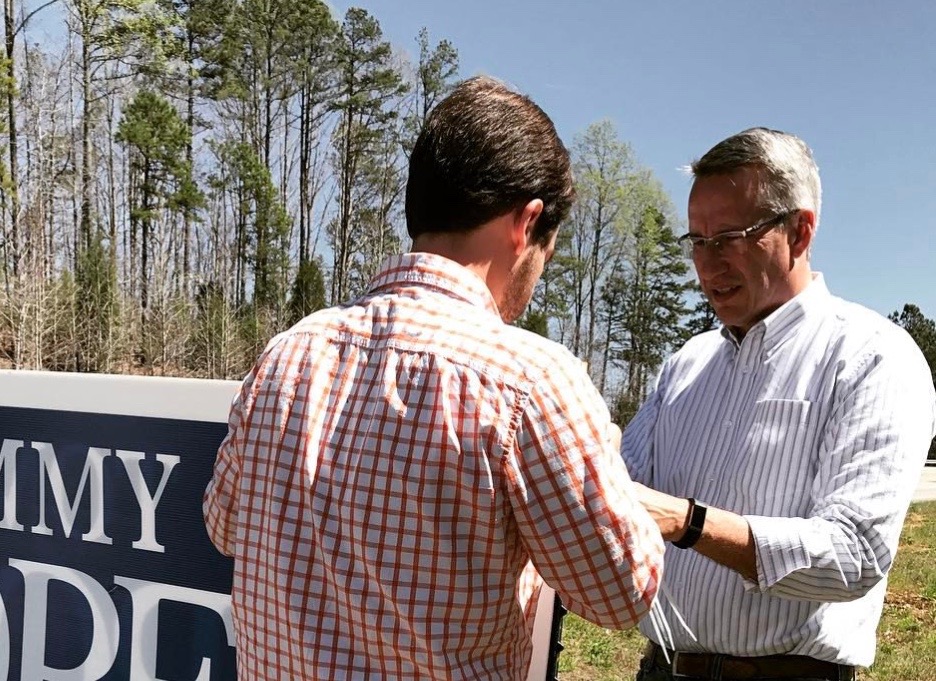 “In this election there are clear differences between my conservative record and that of my opponent’s strange votes,” said Tommy Pope. “On top of his “F” rating from the South Carolina Chamber of Commerce, Ralph Norman voted against an investigation of Planned Parenthood, and was one of just two Republicans to vote against 2,000 new Boeing jobs…jobs that President Trump recently came to South Carolina to tout.”

“The choice in this race couldn’t be more clear between my opponent and myself, and I ask for everyone’s prayers, support, and their votes on May 16th.”

Banner via Tommy Pope for Congress