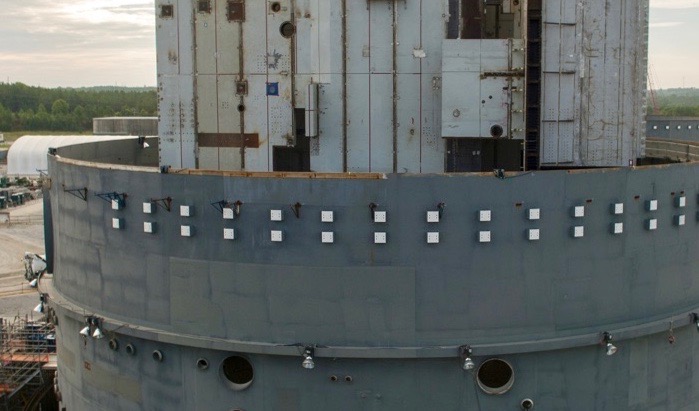 Late last week, private utility provider SCANA and government-run utility Santee Cooper reached an interim agreement to advance this project through June 26.  Over the next two months, these two providers are supposed to reach a determination as to whether they will see this project through to completion.

We believe they should …

According to the latest estimates, cost overruns on this $14 billion project are scheduled to top out at around $1.5 billion.  If this amount is unable to be wrangled from Westinghouse during bankruptcy proceedings, then Westinghouse’s parent company – Toshiba – has already guaranteed $1.7 billion to cover the overruns.

Assuming those estimates hold, the project is likely to move forward.

This project has not been well-managed (obviously).  In fact there were major issues associated with one of its former contractors, but sources familiar with the project tell us those issues have been resolved and that things are back on track.

If everything goes according to plan moving forward, V.C. Summer’s second nuclear reactor would come online sometime in August of 2020 and its third reactor would come online that December.  Each one of these reactors is projected to generate 1,117 megawatts of clean, carbon-free power per day – an absolutely vital infusion of energy into the regional commercial market.

Currently, SCANA is forced to purchase upwards of 400 megawatts of power off of the grid per day just to keep up with existing consumer needs.  Such an arrangement is unsustainable given projected future demands, however.

“Consumer growth requires the completion of these plants otherwise there will be brownouts,” a source familiar with the situation told us.

This website’s energy philosophy is simple: We support whatever keeps the power flowing at the lowest possible cost to consumers.  We also object to unnecessary government intervention in the marketplace.  Unfortunately this is South Carolina, where government not only heavily regulates the energy industry – but actively competes within the private marketplace via Santee Cooper.

This means taxpayers are directly on the hook for this project – as are SCANA ratepayers.  In fact they’ve already been paying for it – and will continue to pay for it whether it gets finished or not.

We are obviously familiar with the sunk costs fallacy – and we know there is no sense in throwing good money after bad.  That’s why we suggested years ago that the federal government’s mixed oxide fuel (MOX) project at the Savannah River Site should be abandoned.

This is a vastly different situation, though.  MOX is a government boondoggle that has shown absolutely no sign of ever making good on its promises.  The V.C. Summer project is a necessary expansion of our state’s energy supply, one that – at long last – is proceeding according to schedule.

Taking this project offline at the very moment that it has gotten back on track strikes us as sheer lunacy – especially if the cost overrun projections hold at their current levels.

Make no mistake: The current situation is unacceptable and calls for a dramatic rethinking of South Carolina’s approach to its energy needs.  Specifically, we would argue – once again – that state government has absolutely no business running a utility provider.  In fact, upon the successful completion of this project we would argue that Santee Cooper be revalued based on its stake in these two new reactors.

At the very least, state leaders should be compelled to take the utility public – earmarking all proceeds from its initial public offering toward legitimate infrastructure needs.