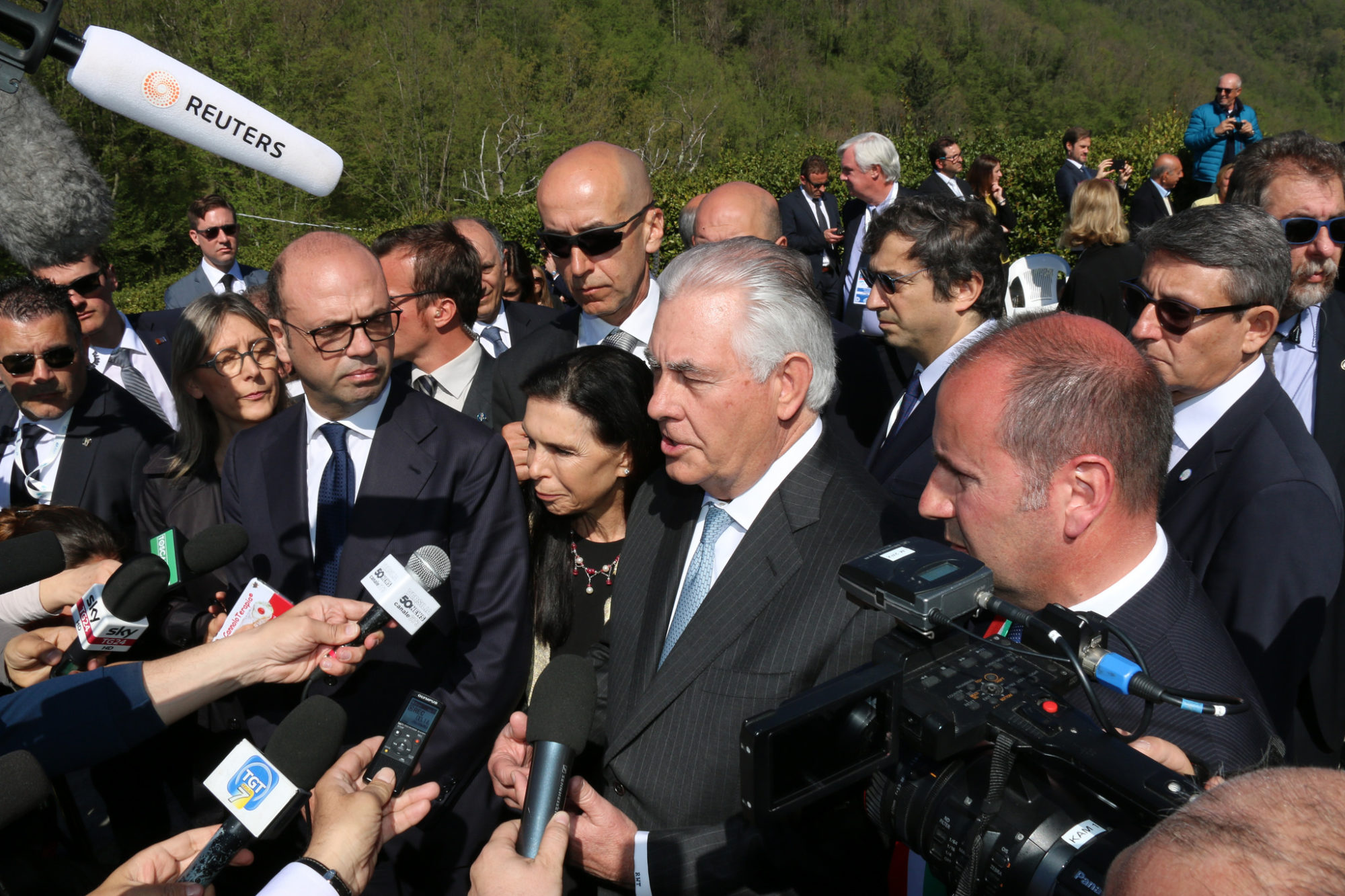 Score one for Nikki Haley … even if the end result of her “victory” could wind up being calamitous for American soldiers and taxpayers.

Nonetheless, the debate within the administration of Donald Trump over whether to support regime change in Syria appears to be going Haley’s way.

In other words Trump doesn’t appear likely to “put a leash on that puppy,” as we suggested the former non-interventionist president do over the weekend.

Instead U.S. Secretary of State Rex Tillerson – Trump’s top foreign policy appointee – is ramping up the rhetoric against Syrian president Bashar al-Assad and his Russian allies.

“It is clear to all of us that the reign of the Assad family is coming to an end,” Tillerson said.

Hold up … is this a “ripe for regime change” moment?

Tillerson was careful to say “we are not presupposing how that occurs,” but his comments clearly indicate Trump’s administration is becoming more preoccupied with ousting Assad than it is with fighting ISIS.

“We want to relieve the suffering of the Syrian people,” Tillerson added. “Russia can be a part of that future and play an important role. Or Russia can maintain its alliance with this group, which we believe is not going to serve Russia’s interests longer-term.”

We’ve said it before, we’ll say it again: America has no business intervening in Syria.  There is simply not a core national interest served by our engagement there, and attacking Assad’s regime not only needlessly escalates tensions with Russia and Iran – it undermines our nation’s ability to wage our so-called “War on Terror” against the Islamic State in Iraq and Syria (ISIS).

And speaking of terrorists, the last time we checked, our nation had absolutely no room to talk when it came to aligning with unsavory elements in this part of the world.

According to a recent CBS News poll, only eighteen percent of Americans want to see an escalation of the Syrian conflict (i.e. ground troops).  Meanwhile thirty percent favor further airstrikes, if necessary.  Twenty-six percent said diplomacy should take the place of any further military action while fifteen percent say they want no American involvement in the area at all.