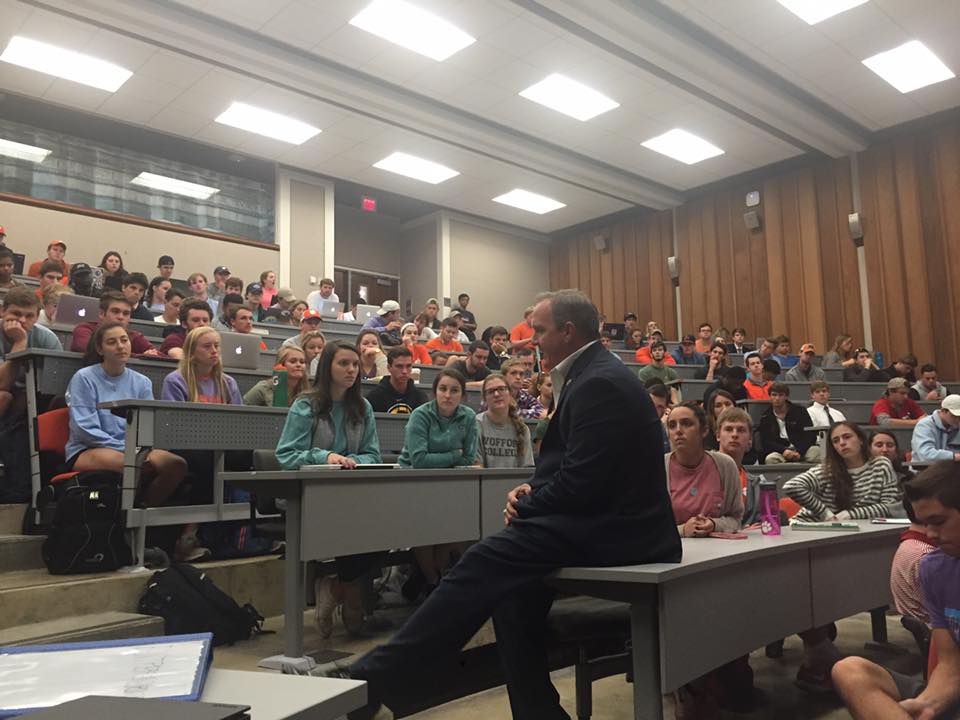 “WE CAN DO BETTER” THAN HOUSE LEADERSHIP’S HEALTH CARE BILL …

President Ronald Reagan once said, “We should carry a banner of no pale pastels—but one of bold colors, which make it unmistakably clear where we stand on the issues.”

The 2010 mid-term elections were historic. Running opposite of President Barack Obama’s agenda – primarily the Patient Protection and Affordable Care Act, otherwise known as Obamacare – the Republican efforts resulted in 63 seats changing hands, the highest loss of a party in a House mid-term election since 1938 and the largest House swing from one party to the other since 1948.

Americans were angry with the Democrats’ efforts on health care reform, feeling hoodwinked by a 1,400-page bill crafted in such a fashion that members of Congress were urged to “pass [it] so we can find out what is in it,” as then-House Speaker Nancy Pelosi is remembered for saying.

After four years of further Democratic control of the Senate, Republicans were able to wrest control in the 2014 mid-term elections from Majority Leader Harry Reid, keeping it for the remaining two years of Obama’s term.

Republicans would finally be able to send some legislation to the president’s desk. The big target? Obamacare.

In order to send an Obamacare repeal bill to the president’s desk with only a 54-46 Senate majority, congressional Republicans had to use a budgetary tactic known as budget reconciliation, which requires only a simple majority of votes in the Senate (51) in order to pass. (This is the same method Democrats had to use to pass the bulk of Obamacare in 2010.)

The Restoring Americans’ Healthcare Freedom Reconciliation Act of 2015 (H.R. 3762) was the reconciliation legislation for fiscal year 2016, and the vehicle used to repeal Obamacare. Predictably, Obama vetoed the bill on Jan. 8, 2016.

During the presidential election cycle in 2016, Republicans were once again given the nod by the nation by retaining the majority in the House of Representatives, keeping a 52-48 majority in the Senate, and winning the White House with the election of Donald J. Trump as the 45th president of the United States.

Obamacare was once again in the crosshairs of the Republican majority.

Now, House Speaker Paul Ryan and Senate Majority Leader Mitch McConnell hope to use the budget reconciliation tactic to once again overcome the Democrats’ ability to filibuster general legislation in the Senate.

On the evening of March 6, House leadership rolled out the American Health Care Act, a reconciliation bill aimed at making changes to Obamacare. Many have dubbed the bill “Obamacare Lite” since it does not repeal the Affordable Care Act, but instead nibbles around the edges in an attempt to make Obamacare less harmful.

House leadership promises a multi-pronged legislative process involving three phases: Phase I, the reconciliation bill, Phase II, the top-down repeal of regulations by Secretary Tom Price at the Department of Health and Human Services, and Phase III, additional bills that will make the necessary reforms to how insurance is sold across America.

The problem with Phase III, as many conservatives like Sen. Tom Cotton, R-Ark., have pointed out, is that it will be a general bill that requires 60 votes to pass in the Senate.

1. House health-care bill can't pass Senate w/o major changes. To my friends in House: pause, start over. Get it right, don't get it fast.

This is a heavy lift for Senate Republicans and a deal-making president, who will need to win over eight Democratic senators to pass such legislation.

What the House Bill Does (And Doesn’t Do)

First and foremost, the American Health Care Act does not repeal Obamacare.

The bill does repeal some facets of Obamacare, and there are some things to like about the bill. These include:

These are good things that were all included in the 2015 budget reconciliation bill, which passed both houses of Congress.

In essence, this is requiring people to have health insurance or risk paying more when they do obtain it. The penalty will just be retained by the insurance companies instead of being collected by the government in the Obamacare tax.

We Can Do Better

The biggest question to ask ourselves is: Is this the best that we can do? And, is this bill what Americans expected Republicans to do with their control of government? Is this the bold effort so many across America have expected?

Is this the bill on which, while campaigning on the repeal of Obamacare in 2010, Republicans pinned their hopes of winning the majority in the House? Is this what “draining the swamp” looks like?

As written, is this the bill that enabled candidates like former Rep. Steve Southerland, R-Fla., to capture that Panama City House seat for Republicans for the first time since 1882? As written, is this the bill that compelled the people in South Carolina’s 5th congressional district to elect Rep. Mick Mulvaney (now a key Trump Cabinet official) over incumbent Democrat and Budget Committee Chairman John Spratt?

Is the bill put forth by Speaker Ryan the bill that 400,000+ patriotic Americans flooded Capitol Hill to push for at the Tea Party rally in 2009? Is the language in this bill what Republicans had in mind when they embraced the 2010 Pledge to America, which promised the repeal of Obamacare? 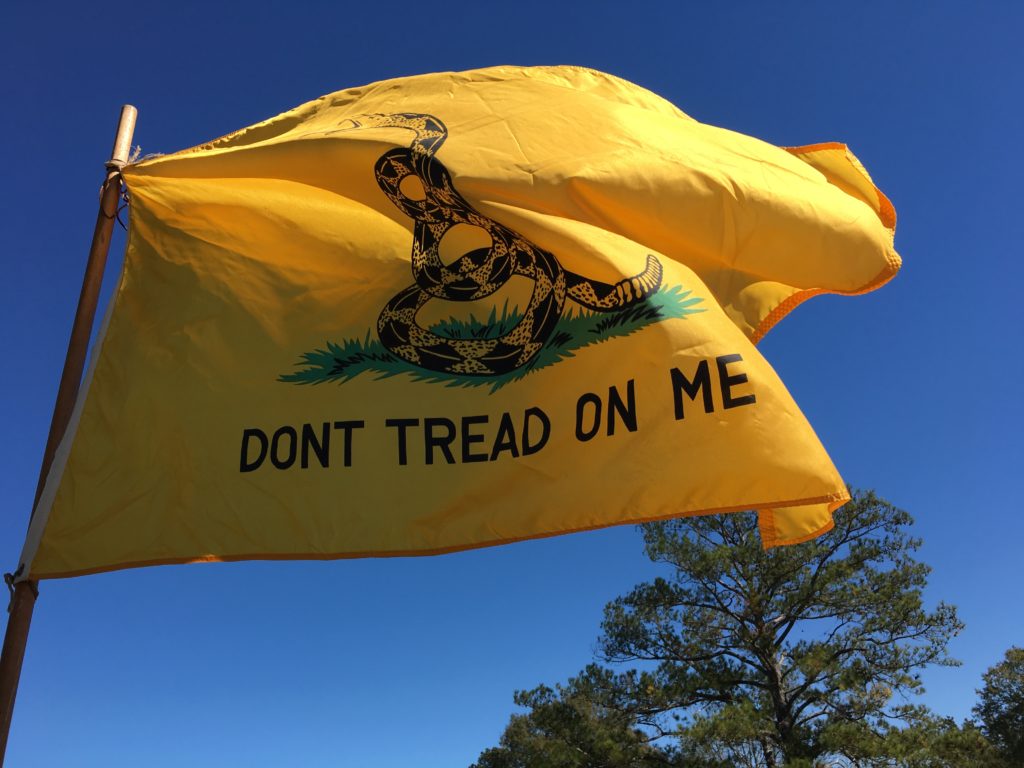 And lastly, is the current language in the bill what Republicans were fighting for in 2013 when the government shut down for 16 days during the Continuing Resolution fight over Obamacare?

I ran for Congress on repealing Obamacare. Not nibbling around the edges. Not exchanging one mandate for another.

I ran to unwind government, limit the size and scope of government, and unleash the things that make America great. One of the most powerful institutions that has built this country is the free market. Capitalism.

Government has no business being in health care or the health insurance business. We have allowed safety-net programs like Medicaid and Medicare to become big bureaucratic nightmares that restrict choice, dictate terms, and mandate coverage—enforced with a carrot-and-stick mentality and funded by the tax dollars of hard-working Americans.

Medicaid and Medicare are no longer safety-net programs. They have become the health insurance for many Americans.

These programs entangle the federal government (with its money), the states (who run Medicaid programs), and hospitals and doctors who must comply with bureaucratic mandates, which are often crafted by people with little to no understanding of the doctor-patient relationship, medical diagnoses, or treatments.

Is this the set of policies the American people expected when Trump ran in 2016 on the repeal of Obamacare? How do you think they will react when these are the only parts of repeal that pass because some members of Congress cannot sell free markets and less government back in their districts?

I believe they will feel betrayed. That is why the bill that House Leadership has introduced, in its current form, is not one that I can support.

That doesn’t mean that I will vote No on the final package. We don’t know what that is going to look like yet. There are enough conservative members like me who have the same problems with the current language of the bill to push for substantial changes.

I believe that the House Rules Committee may present us with a “Manager’s Amendment”—one that seeks to address our concerns—to the final bill. My hope is that we, along with the American public, get a good chance to study that text before we vote on it, thus avoiding a Pelosiesque moment and fulfilling our promise of transparency to the American people.

This is a defining moment in our own rendezvous with destiny, and we owe it to the American people to get it right.