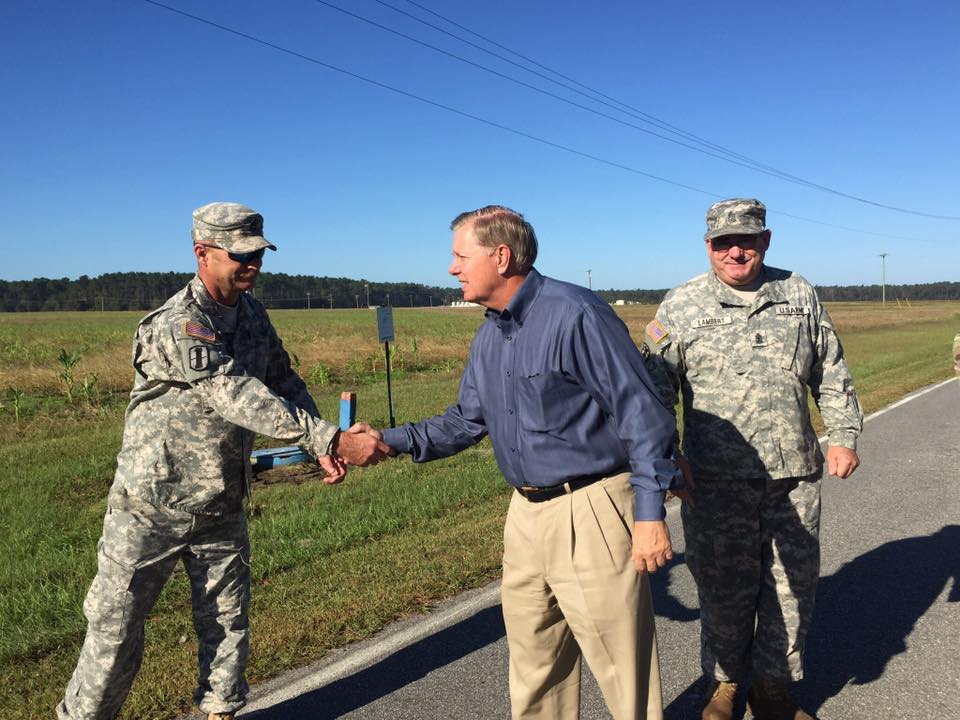 Last week’s big revelation that the U.S. Central Intelligence Agency (CIA) had upped the ante on its warrantless mass surveillance program contained an especially disturbing detail.  In addition to its mass snooping (and targeted spying) operations, it turns out the CIA is capable of launching “false flag” cyberattacks – which it can then turn around and blame on convenient bogeymen.

Explains a lot, doesn’t it?

To be clear: We’ve never bought into the whole “Russia hacked the election” narrative.  Especially now.  For us, that’s always been an effort by the liberal media to deflect attention from the damning disclosures contained in the infamous #DNCLeaks scandal.

Seriously: What better way to conceal the fact they rigged the 2016 Democratic primary election than to accuse someone else of rigging the November election?

Not surprisingly, those eager to start World War III are “all in” on this unproven assertion.  Among them?  U.S. Senator Lindsey Graham.

The warmongering neoconservative appeared on NBC this week urging Congress to “flex its muscle” in advance of this week’s scheduled hearings on alleged Russian meddling in the election.

Specifically, Graham wanted immediate answers from federal law enforcement officials regarding president Donald Trump‘s claim that the American “Dark State” has been spying on him.

“I think the country wants to know if there’s something there there,” he said.

Graham also complained that Federal Bureau of Investigation (FBI) director James Comey was taking too long in responding to his inquiries on the matter.

Well, until Trump’s claim is discredited, Graham and his fellow neoconservatives in the U.S. Senate cannot realistically move forward with their investigation into alleged Russian meddling in the 2016 presidential election.

Why not?  Because it could very easily wind up as an investigation into American meddling in the presidential election (with our government’s intelligence assets falsely pinning the blame on Russia).

Graham clearly wants none of that … which is why he’s now saber-rattling (including threatening to hold up Trump’s Justice Department nominees) in an effort to deflect attention much in the same way Democrats did.

Jeff Duncan: “This Is Not What Republicans Promised”