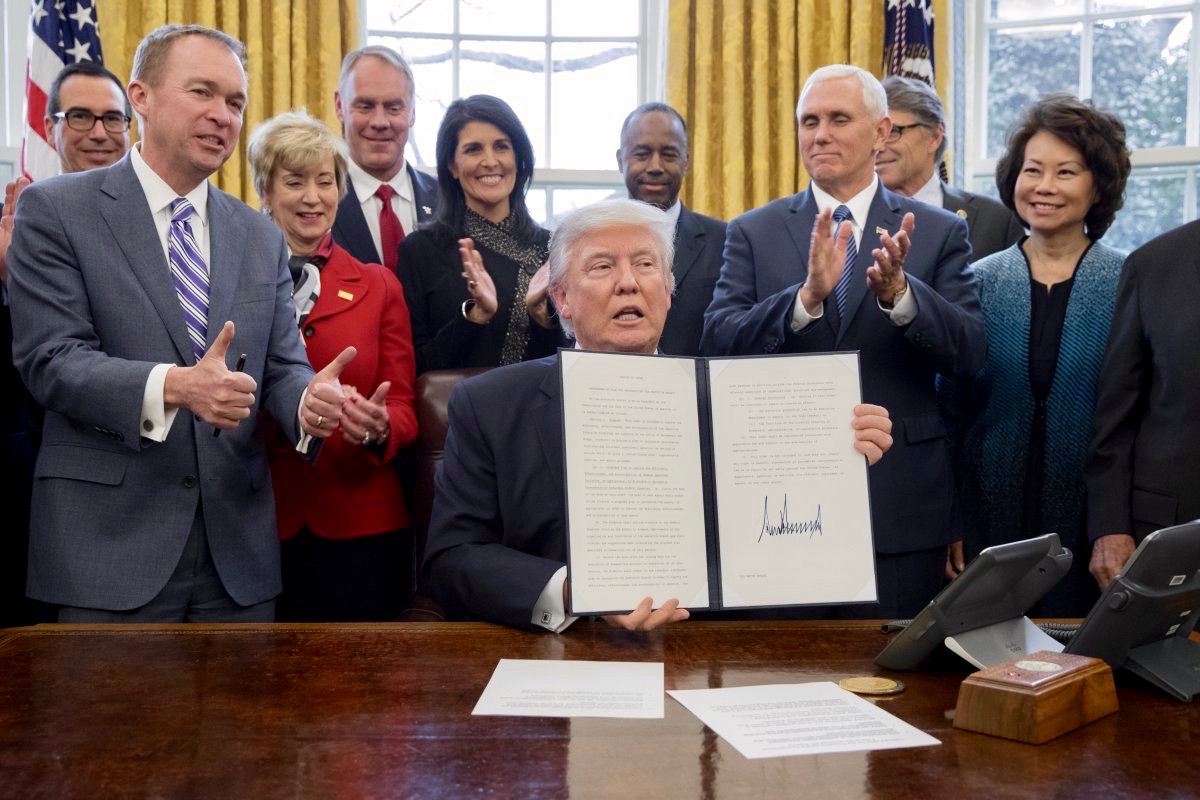 Mick Mulvaney may not be the most influential man in Washington, D.C., but it’s starting to feel that way …

Already empowered by president Donald Trump with authority over a sweeping regulatory review of the federal government, this week Trump signed another executive order giving his new Office of Management and Budget (OMB) director additional powers.

Trump’s latest order requires every agency in the federal government to submit to Mulvaney “a proposed plan to reorganize the agency, if appropriate, in order to improve (its) efficiency, effectiveness, and accountability.”  Public input will also be sought as a part of Trump’s executive branch streamlining process.

Once all of the feedback has been submitted, Mulvaney’s office will have six months to “submit to the President a proposed plan to reorganize the executive branch in order to improve the efficiency, effectiveness, and accountability of agencies.”

“The proposed plan shall include, as appropriate, recommendations to eliminate unnecessary agencies, components of agencies, and agency programs, and to merge functions,” Trump’s order stated, including “recommendations for any legislation or administrative measures necessary to achieve the proposed reorganization.”

Sound like a big deal?  It is.  In fact it could ultimately wind up being the biggest thing Trump does … bigger than health care, the budget, tax reform or trade policy.

Trump has basically given Mulvaney carte blanche to reshape the federal government … ostensibly as part of the broader “deconstruction of the administrative state” envisioned by senior White House adviser Stephen Bannon.

Which is awesome … not to mention long-overdue.

Not surprisingly, the far left is hyperbolic in its outrage.

“This empowers (Trump) and his advisers simply to eviscerate the federal agencies that might inconvenience them,” observed uber-liberal columnist Charles P. Pierce for Esquire. “This isn’t a cost-cutting measure. It’s a function-cutting measure. It’s not about what the agencies are. It’s about what they do. This is like handing a group of drunk teenagers a flamethrower and pointing them toward a lumber yard.”

From our vantage point that’s infinitely better than the alternative: Handing a group of drunk politicians a flamethrower and pointing them toward trillions of tax dollars.

As far as we’re concerned, it’s time to start “fighting fire with fire …”