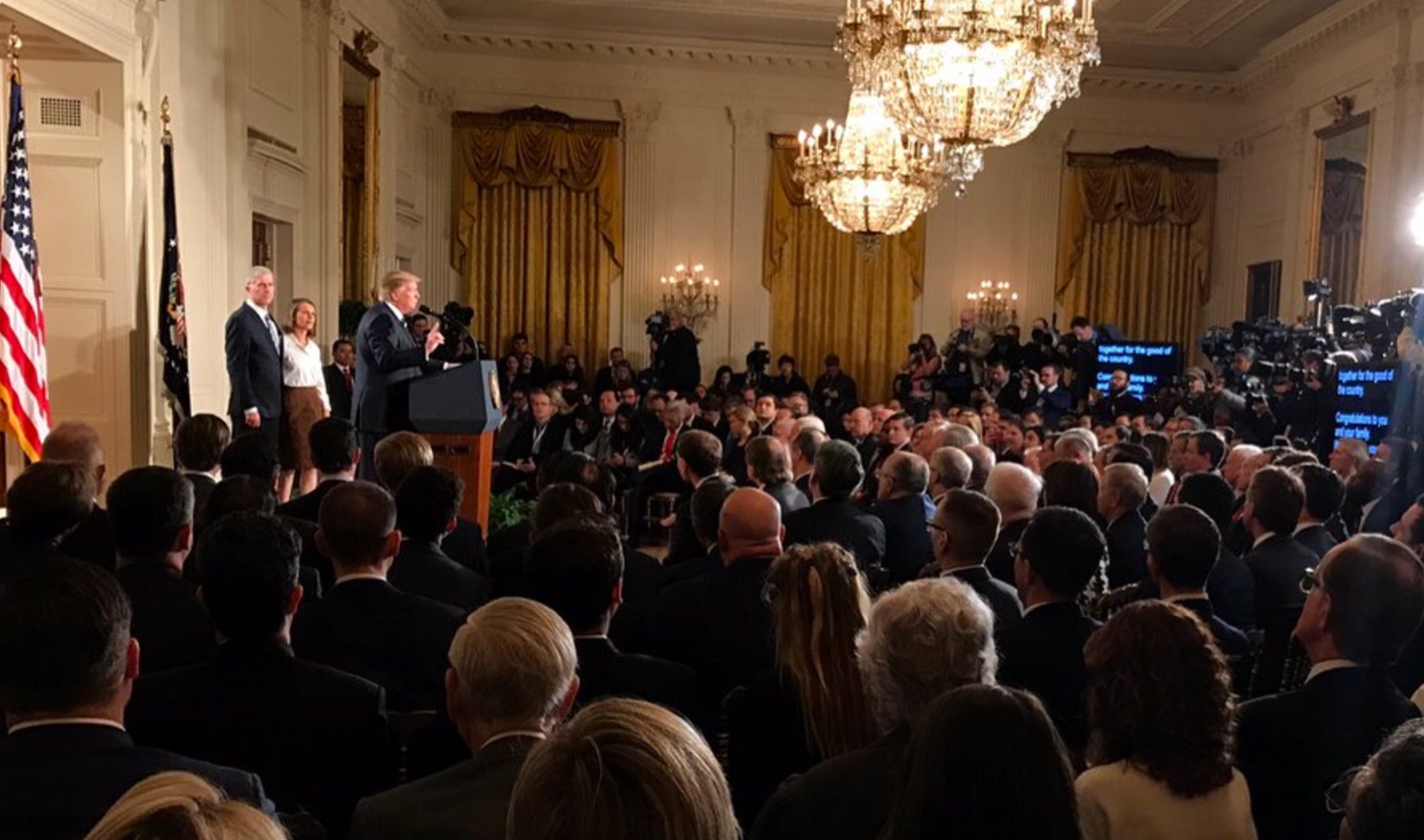 Liberals blasted Gorsuch as a “Scalia clone,” but Trump said his high-profile appointment was the fulfillment of a campaign promise to nominate a judge who would uphold the U.S. Constitution.

“Millions of voters said this was the single most important issue to them, and I am a man of my word and will do what I say, something the American people have been asking of Washington for a very long time,” Trump said in announcing his nominee.

Gorsuch, 49, is from Denver, Colorado.  He is a member of the U.S. tenth circuit court of appeals – having been nominated to that post by former president George W. Bush.  The U.S. Senate confirmed his district court nomination unanimously, it’s worth noting.

“You’ve entrusted me with a most solemn assignment,” Gorsuch said in accepting Trump’s nomination. “I will do all my powers permit to be a faithful servant of the Constitution and laws of this great country.”

Gorsuch is viewed as an “originalist,” which means he believes judges ought to interpret the Constitution and the law as originally written.  That’s the opposite of activist judges, who believe in rewriting the law to suit contemporary (usually liberal) views.

Gorsuch is a staunch defender of individual liberty and the free market – particularly religious freedom. 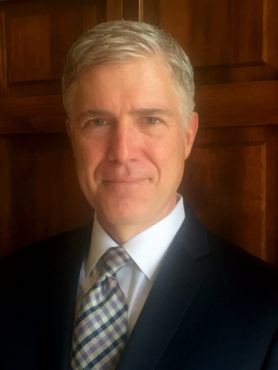 That’s an interesting take given the firestorm surrounding Trump’s controversial executive order on refugees – and we suspect Democrats will read it back to Gorsuch at his confirmation hearing.

Also interesting?  In 2002 Gorsuch penned an oped criticizing Republicans in the U.S. Senate for delaying the confirmation of Merrick Garland to a seat on the Washington, D.C. court of appeals.

“The most impressive judicial nominees are grossly mistreated,” Gorsuch wrote at the time.

Garland was Obama’s nominee to replace Scalia, but Republicans in the U.S. Senate declined to give him a hearing.

Gorsuch will get a hearing … but will he get confirmed?  Democrats – who have declared open war against Trump appointees – are already threatening a filibuster, which would require him to receive sixty votes in order to get confirmed.

“The burden is on Judge Neil Gorsuch to prove himself to be within the legal mainstream and, in this new era, willing to vigorously defend the Constitution from abuses of the Executive branch and protect the constitutionally enshrined rights of all Americans,” U.S. Senate minority leader Charles Schumer said in a statement. “Given his record, I have very serious doubts about Judge Gorsuch’s ability to meet this standard.”

Schumer’s doubts may not matter.  GOP Senate leader Mitch McConnell has “guaranteed” that Trump’s nominee will be confirmed – which means it is likely Republicans will invoke the “nuclear option” in the event his nomination is filibustered.

We support them in that effort …

It’s only fitting they now get “nuked” themselves …

“President Trump’s wise and thoughtful selection of Neil Gorsuch to the Supreme Court should be respected by the Senate, which has the constitutional responsibility to provide for a fair and expedited hearing process, and an up or down vote decided by a simple majority of the Senate,” said Rick Manning, president of Americans for Limited Government (ALG). “If Senate Majority Leader McConnell faces the sort of obstruction that has been promised by some in the minority, including the use of the filibuster, to block consideration of Gorsuch, it will be incumbent on him to use all means necessary to ensure that this qualified and outstanding jurist is confirmed.”