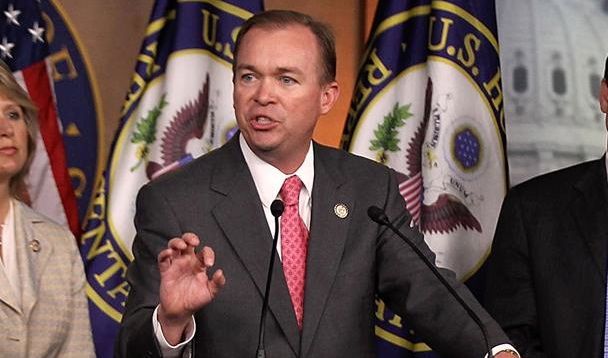 One of the knocks against U.S. Rep. Mick Mulvaney is that he’s kind of an asshole (or is an asshole). And maybe that’s an accurate criticism.

But he’s our kind of asshole. And if you care about the billions being pissed away daily by government on incompetence, corruption, market manipulation and other anti-competitive behavior (money that’s coming out of your wallet and the wallets of your kids and grandkids) … he should be your kind of asshole too.

Take this week’s meeting of the U.S. House Financial Services committee – which heard testimony from leaders of the U.S. Federal Housing Administration (FHA) in the wake of the agency’s request for a $1.7 billion bailout. Originally, U.S. President Barack Obama had sought $943 million to cover the agency’s losses – but apparently that wasn’t enough to make up for all the losers it picked in the mortgage market.

Anyway, Democrats (and some “Republicans”) in Washington have spouted a bunch of tired old rhetoric in their effort to defend this bailout.

“We must strive to have a healthy, viable FHA that can continue to facilitate homeownership for first-time and low-income homebuyers, while standing ready in the unfortunate event of another housing downturn,” U.S. Rep. Maxine Waters said in endorsing the bailout.

Really? Isn’t that view exactly what landed us in this recession in the first place?

Anyway, Mulvaney – a member of the committee – had planned on grilling FHA administrator Carol J. Galante about her agency’s policy of insuring of homes seized by government through eminent domain.

But then the bureaucrat (who makes $150,000 a year, not counting benefits) made a comment about how she didn’t “make much money” and “still got paid” whether her agency performed well or performed poorly. That’s when Mulvaney flipped (literally) … launching into one of the most effortless eviscerations of an incompetent government official we’ve ever seen.

“What does it take to get you fired?” Mulvaney asked Galante.

“I serve at the pleasure of the president,” she responded.

But that pointed exchange wasn’t the kicker … not even close. Mulvaney was just getting warmed up.

Filled with what we can only describe as the political equivalent of the Holy Spirit, Mulvaney unloaded on Galante with a rant that would have made Howard Beale (or Al Pacino) proud.

Mulvaney went on to contrast these egregious failures of accountability with the Obama administration’s decision to terminate a single mother who had the “audacity” to tell the truth about Obamacare’s disastrous launch.

She “immediately gets fired,” Mulvaney said.

“I just wanna know where the outrage is? I want to know where the even treatment is?” he continued. “I wanna know why somebody can come into this meeting and say ‘you know, I make the same if I do a good job or a lousy job and I don’t make that much it’s only $150,000 a year’ but we sit here and we have no outrage when ordinary Americans get treated poorly by their own government whether or not they’re being mistreated by an agency or whether or not they get fired!”

The lather was building …

“People are afraid of their government – they are afraid of exactly what Ms. Galante has said today – which is that we have a faceless bureaucrat who doesn’t really care if she does a good job or a bad job – she’s just here to pick up a check,” he said. “I wanna know where the outrage is!”

We are sure there are those on the left who will say Mulvaney treated Galante rudely. We would humbly submit that this “faceless bureaucrat” – who is asking for $1.7 billion of your money to cover losses on loans made without your permission – got treated far better than she deserves.

Props to Mulvaney. This is precisely the sort of ass-cutting we need much, much more of in our nation’s capital. Unfortunately, most “Republicans” are far too interested in “going along to get along.”

Justin Amash Is Coming To SC