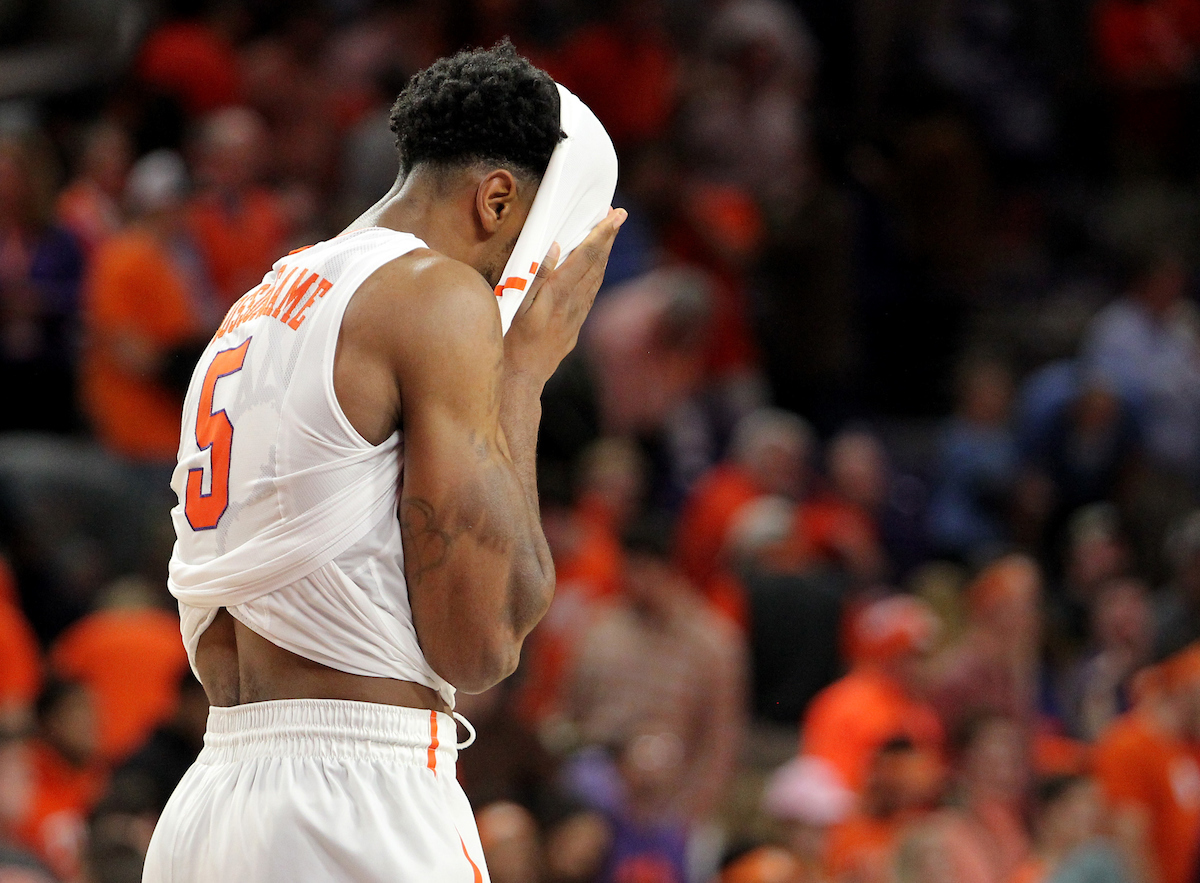 CLEMSON, S.C. — Virginia Tech shot 55 percent from the floor and missed just one free throw in 17 attempts to hand Clemson its sixth straight loss on Sunday, 82-81 at Littlejohn Coliseum. The win improved the Hokies to 15-4 on the season and 4-3 in the ACC. The Tigers fell to 11-8 overall, 1-6 in league play.

Offense was not Clemson’s problem, as three players scored at least 15 points for the Tigers. Jaron Blossomgame led the way with 20 points, his fifth 20+ point effort during the six-game stretch. Avry Holmes had 20 and Donte Grantham added 15 for the Tigers, who made 13 three-point goals, their ACC-high in a game this season.

Clemson tied the game a few times in the opening portion of the first half, one occasion that came after Shelton Mitchell was fouled on a three-pointer and hit all three to make it 17 apiece. But Tech went on a 13-5 run over the next few minutes to build an eight-point lead. Clemson later pulled within two at 36-34 on an alley-oop to Grantham. He and Marcquise Reed hit two long balls in the final minute to pull the Tigers within one at intermission, 41-40.

The Tigers continued their hot outside shooting in the second half, building a 62-60 lead after a three by Grantham and slam from Blossomgame. But the Hokies answered with a 10-2 run over the next three minutes of take a 70-64 lead. Clemson, as it did all game, battled back through its offense. But after pulling within one at 70-69, the Tigers went almost four minutes without a point and Tech seized control in crunch time. Seth Allen’s clutch three-point basket with 30 seconds left ended any hope for Clemson.

The Tigers break for the next five days before taking on Pittsburgh on Saturday, Jan. 28 at Petersen Events Center. The Tigers and Panthers tip off at 12 p.m. on the ACC’s regional sports network partners.

(Editor’s Note: The above communication is a news release from a collegiate athletics program and does not necessarily reflect the editorial position of FITSNews.com. To submit your letter, news release, email blast, media advisory or issues statement for publication, click here).