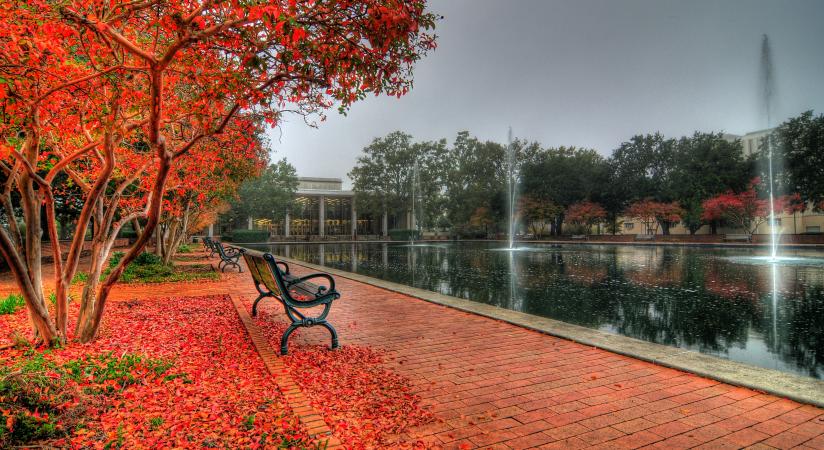 THEY’RE DOLING OUT STUDENT LOANS FOR THIS CRAP?

We’ve written previously on the politically correct insanity running amok on college campuses across America – including our founding editor’s alma mater, the University of South Carolina.

(And up the road at Clemson University).

This week, Young America’s Foundation (YAF) released a list entitled “The Dirty Dozen” – a collection of what it deems as “America’s Most Bizarre and Politically Correct College Courses.”

Or more specifically, “the most bizarre and concerning instances of leftist activism supplanting traditional scholarship in our nation’s colleges and universities,” according to its release.

On the list?  A philosophy course at South Carolina entitled “Ecofeminism” – which bills itself as “an exploration of the connections between oppression of women and oppression of nature.”

Also on the list were two courses at the University of Florida – one entitled “Black Hair Politics” (in which students “explore the textures, styles and meanings of Black hair as they relate to identity and power in society”) and another entitled “Gender and Food Politics” (which delves into “the gendered history of food and foodways from the early 17th century to the modern period”).

A course at Swarthmore College entitled “Queering God” also made the cut.  That offering purports to examine “feminist and queer writings about God” while exploring “the tensions between feminist and queer theology” and stretching the limits of “gendering-and sexing-the divine.”

Now you know where all that student loan debt is going, right?

As we’ve repeatedly stated, we don’t care what courses colleges offer students, how much they charge for them or what sort of loan terms are extended to those dumb enough to enroll.

Just keep taxpayers off the hook for it.  Any of it.  All of it.

We’re happy to respect whatever “safe spaces” America’s Youth Gone Mild wish to establish … as long as they (and the squishy government bureaucrats “empowering” them) agree to keep their grubby paws off of our wallets and pocketbooks.

Seriously … where is the safe space for taxpayers?

What’s offensive here isn’t that these “micro-oppressed” snowflakes want to wrap themselves in cocoons of nonsensical, hypocritical insanity – it’s that they want the rest of us to pay for their lazy escapism.

We’ve said it before, we’ll say it again: Higher education is simply not a core function of government.  In fact it is past time for government at all levels to set these institutions free to pursue their destinies in the private sector – cutting off the spigot of direct appropriations and guaranteed loans.

(Banner via University of South Carolina)