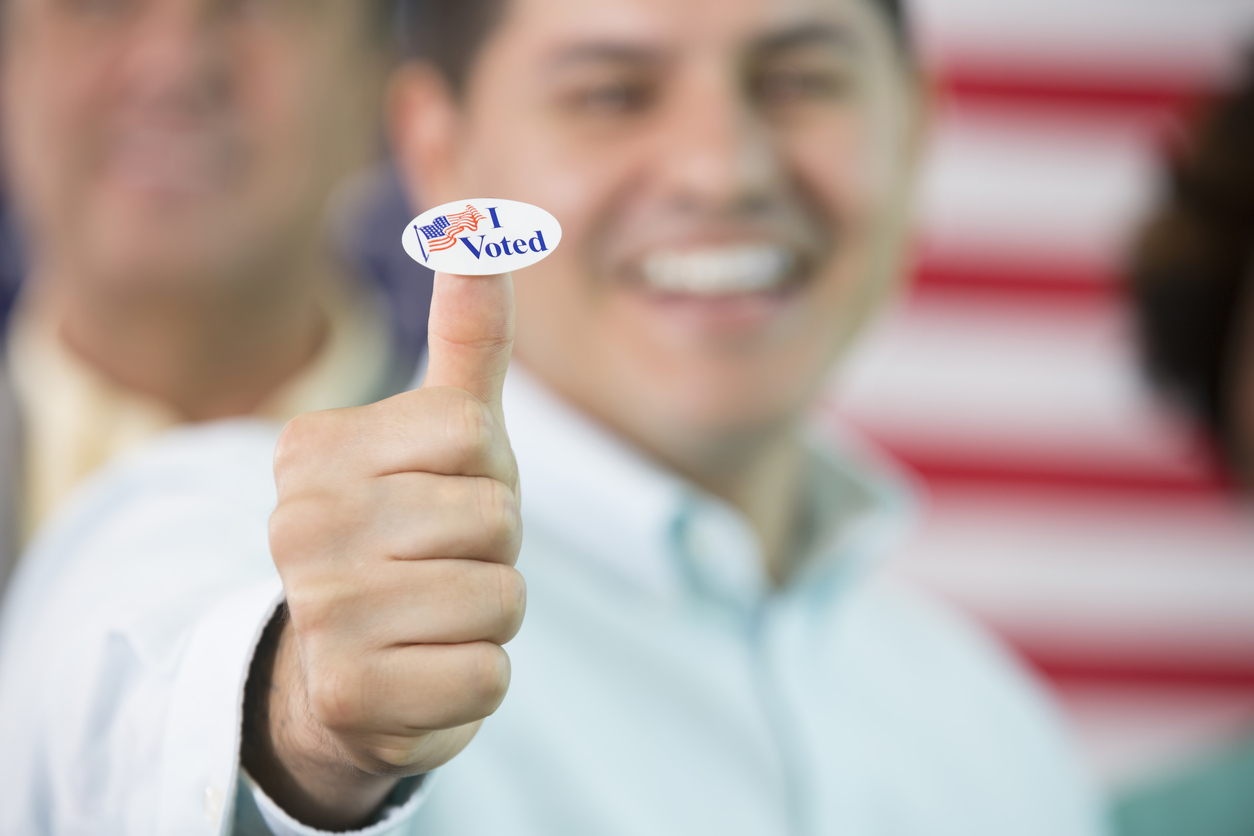 LIBERAL ELITES SEEK TO UNDO WHAT VOTERS HAVE DONE …

While Hillary Clinton and her supporters work through the five stages of grief, leftist intellectuals are thinking and writing hard about how to undo (or, at least, prevent a repetition of) what the voters have done.

In this, they are taking a page from German poet and playwright Bertolt Brecht.

After East Germany’s Communist regime crushed the workers’ uprising of 1953, Brecht authored a poem called “The Solution.” His message still resonates today as the America’s political left gropes for coping strategies to address the election of Donald J. Trump.

The Secretary of the Writers Union

Has leaflets distributed in the Stalinalle

Stating that the people

Had forfeited the confidence of the government

And could win it back only

By redoubled efforts. Would it not be easier

In that case for the government

To dissolve the people

First, intellectual Peter Beinart and others are appeal  to members of the Electoral College simply to ignore the results of the vote. And, while Beinart’s piece veers into an ad hominem attack on the president-elect, it’s also true that Mr. Trump was not the winner of the popular vote. So let’s admit that Beinart has some guns to fire.

“This ambiguity about how to choose the electors was the result of a compromise… The founders compromised by leaving it up to state legislatures. State legislatures could hand over the selection of electors to the people as a whole. In that case, the people would have a voice in choosing their president. But — and here’s the crucial point — the people’s voice would still not be absolute. No matter how they were selected, the electors would retain the independence to make their own choice.”

Beinart’s argument is not a wholly fanciful one. At least, the historical predicate is not. The problem is that, as the franchise was extended over the 150 years after the Founding, not only did non-propertied white men, male freed slaves, women, Indians, and Orientals gain voting rights, the states who chose to let their legislatures select the Electors changed their state laws and constitutions to abandon that practice. Beinart, therefore, is actually arguing for Electors to defy the law of their states.

So, while Beinart’s suggestion is a measure of the left’s measure, that dog, as they say, won’t hunt. But there’s another idea out there, being talked about in otherwise-respectable circles.

Limit who can vote.

Don’t laugh. As the 2016 Election Cycle played out and the Trump phenomenon escalated, commentators on the left began espousing the idea of limiting the franchise. You know, to people who are smart, like them.

Once again, don’t laugh. This is not a wholly fanciful notion.

The Constitution, in general, leaves the question of voter qualifications to the states. The exceptions are the Fifteenth and Nineteenth Amendments, which permitted freed male slaves to vote and granted voting rights to women, respectively. The Voting Rights Act of 1965 does not prohibit narrowing who may vote, so long as the change does not implicate a “suspect category.”

Retired NBA star Kareem Abdul-Jabbar got the ball rolling. In his book, Writing on the Wall: Searching for a New Equality Beyond Black and White, Jabbar said that “we need to stop encouraging these people who don’t want to vote to vote.”

Protests followed. However, in September, Kareem doubled down. He told NPR:

Ignorance is not something that really lends itself to a meaningful discussion. So some of these people really shouldn’t vote, because they don’t know what the issues are. And I think people that are voting in the blind are doing a disservice to our country by not being better informed.

That drew an immediate response from Marc Lamont Hill, who Tweeted:

I love you, Kareem, but that’s a TERRIBLE idea.

Others, however, thought it was a good idea. One day before the November 8 vote, author Caleb Carr gave an extended treatment to the issue of whether to limit the franchise in his New Yorker review of Jason Brennan‘s Against Democracy. Entitled “The Case Against Democracy, Carr’s review asked: “[i]f most voters are uninformed, who should make decisions about the public welfare?”

Carr began with a brief summary of the history of the franchise, including the views of John Stuart Mill. He then did a good job of comparing and contrasting what one might have thought would be Brennan’s heterodox views with that of Daniel Estlund‘s 2008 book, Democratic Authority.

One would have thought wrong.  Brennan, a Georgetown University law professor, argues for what he calls “epistocracy.” More on that in a minute. But, first, Carr summarizes Brennan’s argument as follows:

Against Estlund’s claim that universal suffrage is the default, Brennan argues that it’s entirely justifiable to limit the political power that the irrational, the ignorant, and the incompetent have over others. To counter Estlund’s concern for fairness, Brennan asserts that the public’s welfare is more important than anyone’s hurt feelings; after all, he writes, few would consider it unfair to disqualify jurors who are morally or cognitively incompetent. (Emphasis added).

And who might those knuckledraggers be? Well, you know. Us.

But, hold on. Brennan himself was interviewed on October 6 by NPR’s “To the Best of Our Knowledge.” The title says it all: “Why Some People Shouldn’t Vote.”

What Brennan advocates, it turns out, is weighted voting. That’s was “epistocracy” means. Votes cast would be weighted according to the knowledge of the voter. Who would assess that?

And, wouldn’t this seem to strike at the heart of the principle of one-man-one-vote.?

But, let’s let Professor Brennan speak for himself:

The essential difference is that in an epistocracy, the right to vote is apportioned, to some degree, according to knowledge. An epistocracy might grant everyone the right to vote, but weigh some votes more than others, or more might exclude citizens from voting unless they can pass a basic test of political competence …

Most Westerners, left and right, embrace what I call Democratic Triumphalism. Triumphalism’s slogan is, “Three cheers for democracy!” It holds that democracy is a uniquely just form of social organization. People have a basic right to an equal fundamental share of political power. Participation is good for us — it empowers us, it’s a useful way for us to get what we want and it tends to make us better people…

“Democracy, I argue, is not an end in itself. It has the kind of value a hammer has. It’s just a useful instrument for producing just and efficient policies. If we can find a better hammer, we should use it. Indeed, epistocracy may be a better hammer. Perhaps a liberal republican epistocracy might outperform liberal republican democracy. It’s time to experiment and find out.

And you thought “Democratic Party” meant they were for democracy.

James G. Wiles is a Republican consultant based in Myrtle Beach, S.C.  An earlier version of this piece appeared in the November 25, 2016 editions of American Thinker.