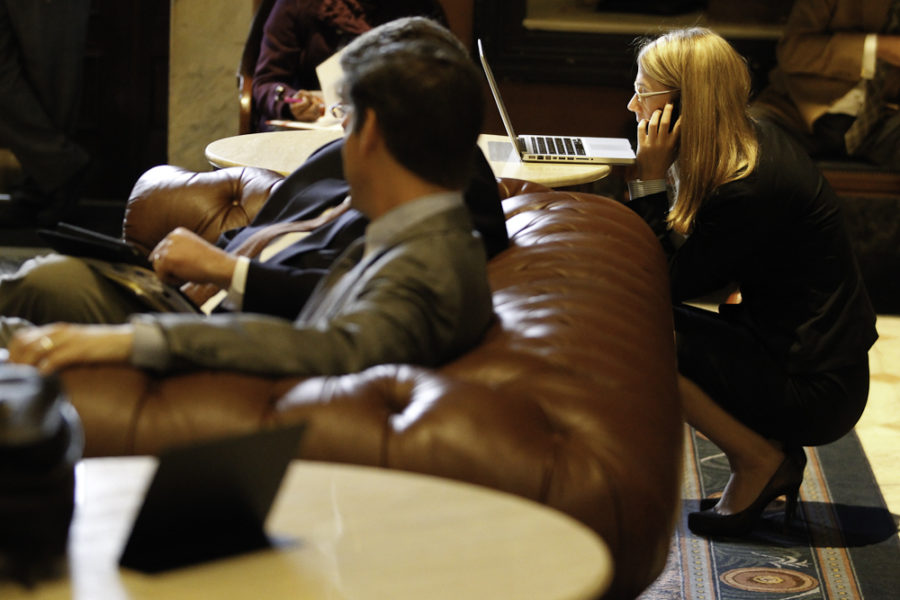 South Carolina’s top administrative law judge showed up uninvited at a S.C. Senate Democratic caucus reception on Thursday night – a major breach of protocol given his status as a candidate for legislative election to the S.C. Supreme Court next year.

Judge Ralph King “Tripp” Anderson – one of three candidates recently “screened out” by a legislatively-controlled judicial selection committee – attended the event at Defender Services, located in the Lower Richland region of South Carolina.

Anderson ran unsuccessfully for a seat on the state’s highest court earlier this year.  Along with circuit court judge Diane Goodstein of Summerville, S.C. and circuit court judge George C. “Buck” James of Sumter, S.C., he will stand for election next year when chief justice Costa Pleicones‘ seat becomes vacant.

As we exclusively reported earlier this week, Anderson is under fire for allegedly using a lobbyist (one hired with government funds) to advance his Supreme Court candidacy.  Not only that, this same lobbyist – liberal Democrat Richard Davis – has previously disclosed some controversial disbursements in the name of his clients.

Specifically, Davis has earmarked funds from his clients – including his taxpayer-funded clients – to at least one business with ties to a former state lawmaker.

One of those clients is the S.C. Administrative Law Judge Division – a reported $20,000-a-year contract approved by Anderson.

Our story (among other allegations) prompted members of the state’s notoriously corrupt Judicial Merit Selection Commission (JMSC) to revisit their decision to approve Anderson for the upcoming Supreme Court race.

Still, the commission stood by its decision to approve Anderson as a candidate for the upcoming Supreme Court race.

It’s not clear yet whether the commission will meet again to discuss Anderson’s latest questionable behavior – although several lawmakers and lobbyists told us they were shocked to see him attending the reception. 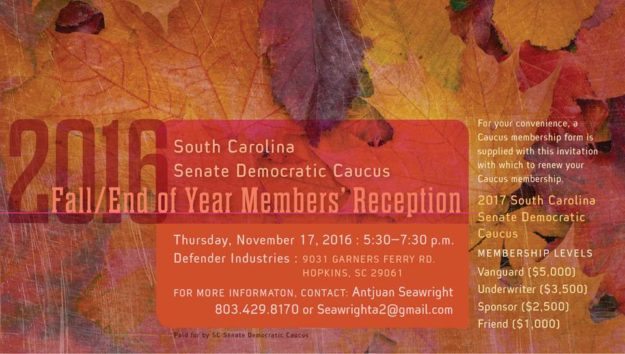 “Wouldn’t you think that Tripp Anderson has been around judicial races long enough to know you don’t drive out to lower Richmond to attend the Senate Democratic caucus reception,” one lobbyist told us.

“It was bizarre,” another lobbyist added.  “Typically only lobbyists show up at these things.  I can’t think of why he would show up out in the middle of nowhere for something like that without a specific reason.”

Unless he was drumming up support for his judicial candidacy, of course.

Our sources confirmed that Anderson spoke directly with multiple State Senators at the invitation-only event, although they could not say whether he was actively soliciting their commitments for the upcoming election (which is prohibited at this stage of the process).

“He is providing a road map on how to lose a judicial race before any legislator can commit,” one member of the commission told us.

In other news, Anderson’s lobbyist did not attend the Senate caucus reception but his right-hand-woman – Annie Wilson – did attend the event and was reportedly lobbying Senators on his behalf.

To be clear: Even though we’ve written several stories now on Anderson’s various problems as a candidate, we don’t particularly care who wins this race.  South Carolina’s Republican-controlled General Assembly has simply elected far too many liberal judges to the state’s high court for it to matter.

While we don’t care who they elect, though, we do care very much that this infinitely corrupt process be reformed moving forward.  As we’ve stated repeatedly, lawmakers have proven time and again that they simply cannot be trusted to discharge this responsibility honorably.

From the selection of judicial candidates by a legislatively-controlled committee to the actual legislative voting – the entire process is rigged and must be replaced.

What should happen?  We believe governors ought to appoint judges and justices with the advice and consent of lawmakers, but we wouldn’t have a problem with letting judicial candidates stand for popular election, either.

Anything is preferable to the current mess …