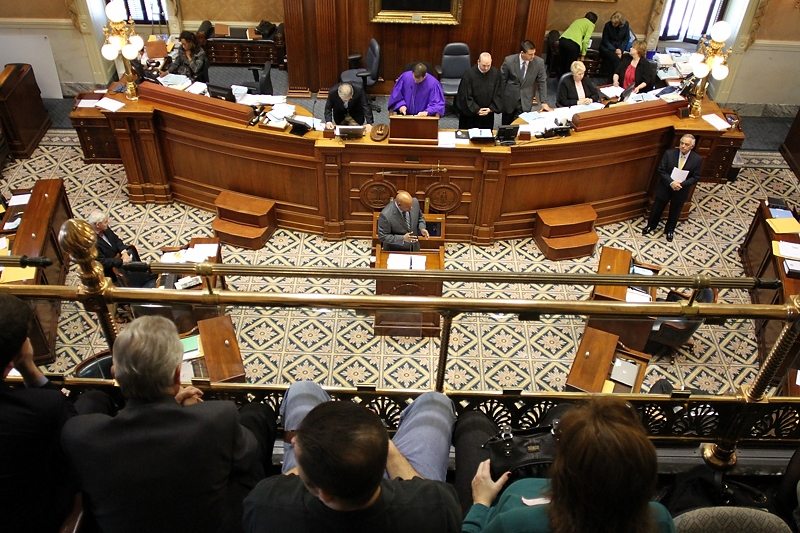 The proposal – pushed in the past by S.C. Senators Tom Davis, Kevin Bryant and Larry Grooms – would increase the total amount of special needs scholarships to $25 million and add another $25 million for economically disadvantaged students.

That’s a total of $50 million – well above the existing $12 million earmarked for the current fiscal year.

It would also represent the first step toward providing choice options for low-income students, not just special needs.

That’s a solid step in the right direction …

Obviously this proposed expansion is still not enough – especially when you consider the massive amounts of money blown each year on government-run failure factories.

Beyond the aggregate amounts being contemplated, there are also questions about how the school choice monies would be disbursed.  Some lawmakers favor block grants that flow more toward individual institutions, while others support “direct-to-parent” credits.

Finally, there are questions over who ought to control the program – with some lawmakers favoring a pure market-based system and others preferring the program be run under the auspices of the S.C. Department of Revenue (SCDOR).

In the current budget funding for the block grant model saw a modest increase, while funding for “direct-to-parent” choice was cut.  Meanwhile SCDOR was placed in an oversight role.

Frankly, we view everything the state has done up to this point as tinkering around the edges of South Carolina’s chronic academic woes.  In our view, true reform means empowering a broad array of choices for all students – not authorizing a mere sliver of choice that impacts only a handful of children.

That broad-based market reform is the sort of school choice we will continue to fight for … although we obviously welcome any meaningful expansion of the current program.