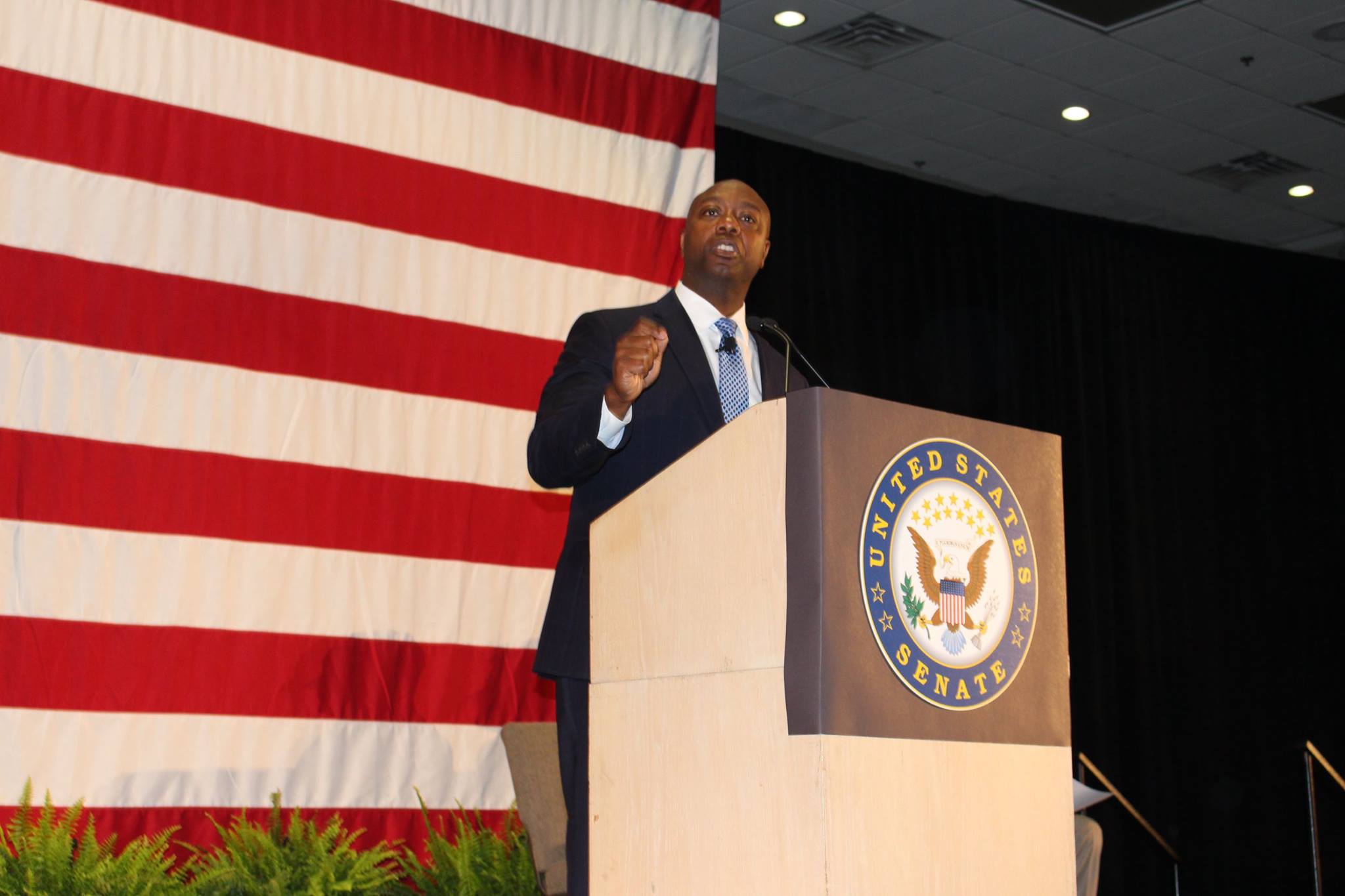 One of the worst-kept secrets in Washington, D.C. is that South Carolina’s junior United States Senator – Tim Scott – doesn’t really want to be there.  The same is true of fourth district congressman Trey Gowdy.

Both have been waiting for the right opportunity to bolt the capital – and they may have found it.  Together.

According to reporters Andy Shain and Emma Dumain of The (Charleston, S.C.) Post and Courier, Scott and Gowdy are contemplating running as a ticket for governor and lieutenant governor of South Carolina.

“A ticket with a pair of influential members of the state’s congressional delegation could clear the 2018 GOP field,” Shain and Dumain gushed.

Last we checked that field was going to be pretty crowded.

Of course the last we heard, Scott had no plans to run for governor in 2018.  Hell, he told us that himself.

“Apparently the calculus has changed in the last month,” a source close to the Senator told us.

One of Scott’s former colleagues in the S.C. General Assembly told us the move was geared around Scott’s long-held national aspirations.

“Tim wants to be president and his best path to that (is) as governor not Senator,” the lawmaker said.

We’re not going to deny that if Scott and Gowdy decide to run as a ticket (which it seems they’ve already decided to do) – they would be formidable.  In fact they would be the odds-on favorites to capture the GOP nominations for these offices – and trounce any Democratic opposition in the 2018 general election.

How come?  Well, Scott and Gowdy both have pre-existing name recognition, they would be able to raise boatloads of special interest money from Washington, D.C. and their geographical bases are at opposite ends of the state (Scott hails from the increasingly liberal Lowcountry while Gowdy’s congressional district comprises the diehard conservative Upstate region of South Carolina).

But to assume that this ticket would coast to victory is a mistake.

Elected to the U.S. House in the Tea Party wave election of 2010, Scott and Gowdy were part of the nation’s most conservative delegation during their first few years in Congress.  Since then, though, both have become card-carrying members of the Republican establishment – a conversion consummated by their endorsement of the failed presidential bid of U.S. Senator Marco Rubio of Florida.

How well did that “Marcomentum” play out?  Yeah …

Scott and Gowdy have both been harshly critical of president-elect Donald Trump – both before and after he captured the GOP presidential nomination – and both were tepid in their support of him against Democrat Hillary Clinton.

Moreover, Gowdy’s leadership of the Benghazi Select Committee – an investigation which should have ended Clinton’s candidacy before it really began – wound up being nothing short of a “nothing burger.” 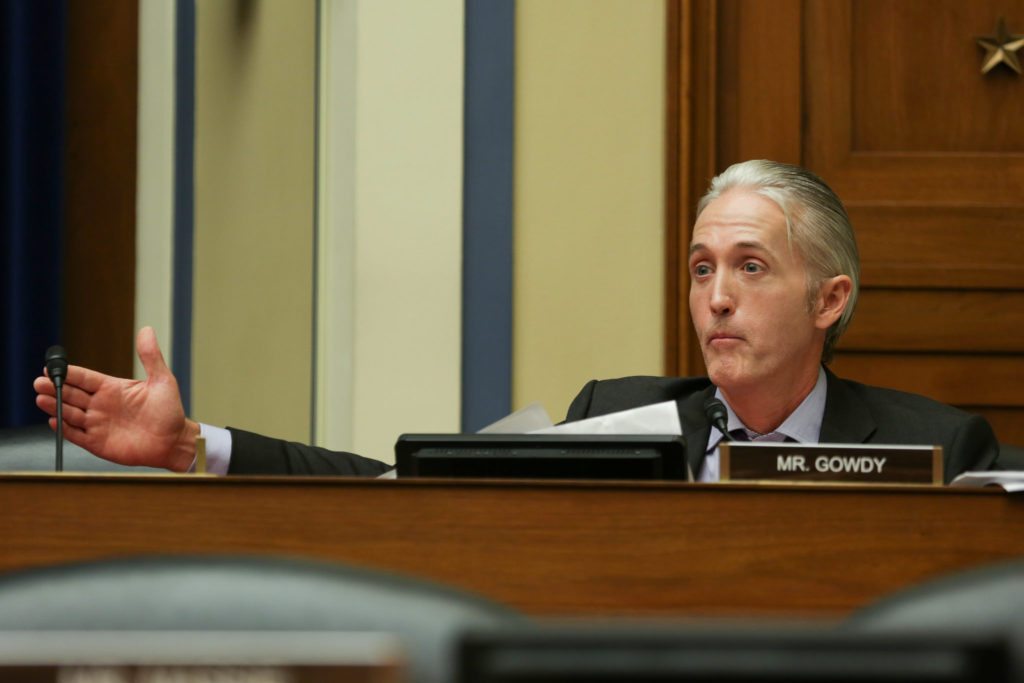 Even though the panel’s final report contained a number of damaging findings for Clinton, Gowdy never really pushed the pedal to the floor in the case.

As for Scott, he’s never really made a name for himself in Washington D.C. on any issue other than the fact he is the only black Republican Senator (which he has frequently played up in the liberal legacy press).

Of course voters gave him a chance to do that earlier this week.

Scott stood for – and won – election to a full six-year term as Senator on November 8.  For him to bail on that commitment – and tease his intention to do so just three days after the election (before all the votes for him have even been counted) – strikes us as extremely opportunistic and extremely rude.

If Scott’s intention was to campaign for the governor’s office in 2018, then he should have stepped down from the Senate and allowed voters to choose someone who planned on serving the entire term.

Of course Scott’s decision could be part of a quid pro quo with S.C. governor Nikki Haley – who appointed him to the U.S. Senate in 2013 to fill the seat vacated by Jim DeMint.  Haley has been rumored as a likely challenger to liberal U.S. Senator Lindsey Graham in 2020 – but if Scott runs for (and wins) the governor’s office in 2018, she could find herself in Washington, D.C. two years ahead of schedule.

Courtesy of a Tim Scott appointment …

Frankly, if such machinations are at play it would be very disappointing.  And more than a little bit dishonest.  But come on: What else should we have expected from a bunch of self-serving establishment Republicans?  They’ve been conspiring to advance their own interests for years – doing precious little to help the citizens of their state in the process.

To be clear: We like both Scott and Gowdy very much on a personal level.  They’re both eminently likable people.  And we’ve had some good things to say about both of them politically in the past (when they’ve done right by taxpayers).  Most importantly, if they decide to campaign on the sort of state-level policies we’ve been championing for the better part of the last decade, then we will be happy to support them in their bid.

We don’t care who cuts taxes, slashes spending, cleans up corruption and gives choices to parents in education … we care only that those things happen.

To the extent candidates for elected office in this state embrace those ideals, we are with them.  To the extent they don’t, they’d better buckle their chin straps.