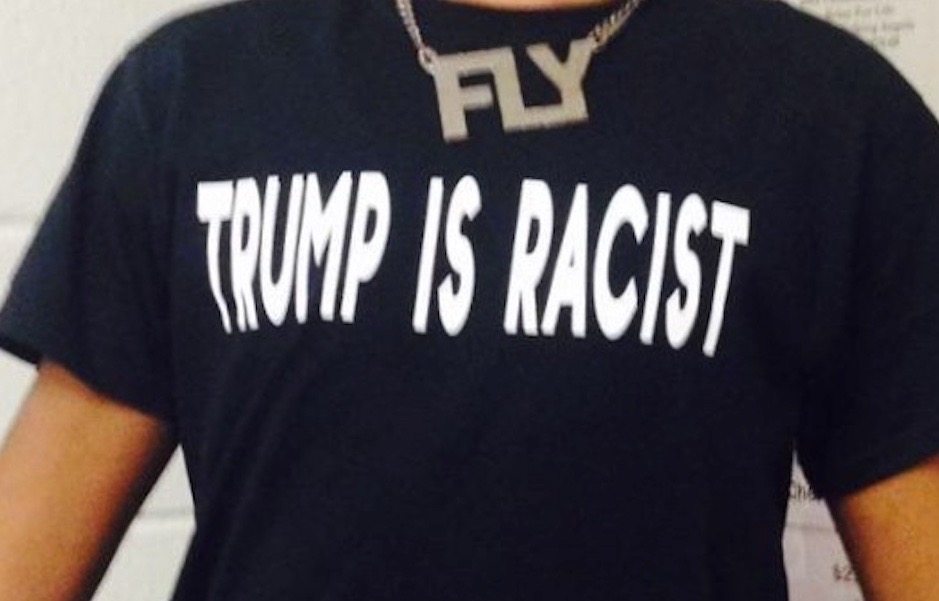 Cheraw High is about to make news of a different sort today, though …

According to our sources, numerous students at the taxpayer-subsidized school have been wearing “Trump is Racist” shirts on campus in the aftermath of Republican Donald Trump‘s upset victory in the United States’ presidential election. 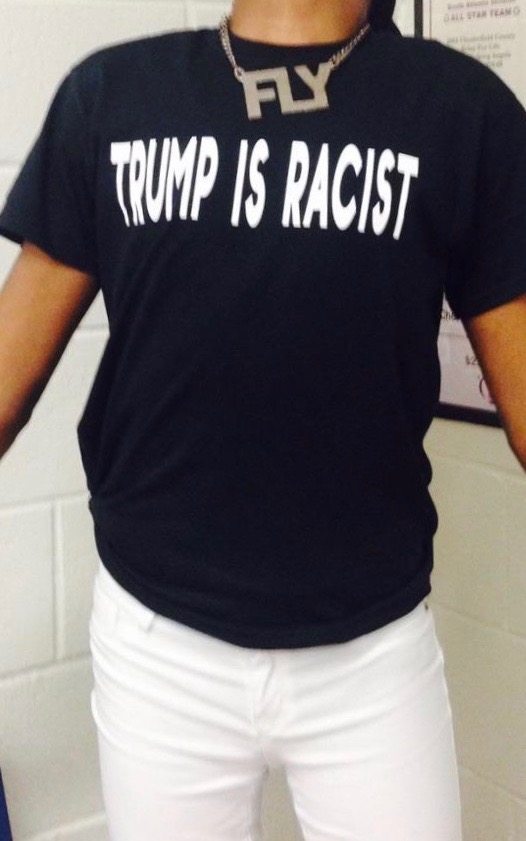 To be clear: We have no problem with students wearing whatever they want to wear to school – although good luck if your son or daughter wants to wear anything with a Confederate flag on it.

That’s not permitted, obviously … yet another example of the selective application of freedom in this country.

Our problem?  When expression turns into intimidation, which also reportedly happened at Cheraw High this week.

According to our sources at the school, a white student was threatened by a group of black students who were wearing their school-approved “Trump is Racist” shirts.  When the student went to administrators to complain, they were allegedly told “that is what you get for voting for Trump.”

We’ve reached out to several state education officials in the hopes they will address this situation (hopefully better than they’ve addressed this situation).

South Carolina’s government-run schools are among the worst in America (and have been for decades).  They’ve also been laboratories for liberal political correctness – and the tip of the spear as it relates to the ongoing Common Core debacle.

Oh well … we’ll let our readers know anything else we’re able to uncover about this selective fashion policing (and more importantly, about the alleged victim-blaming by the school’s administrators).