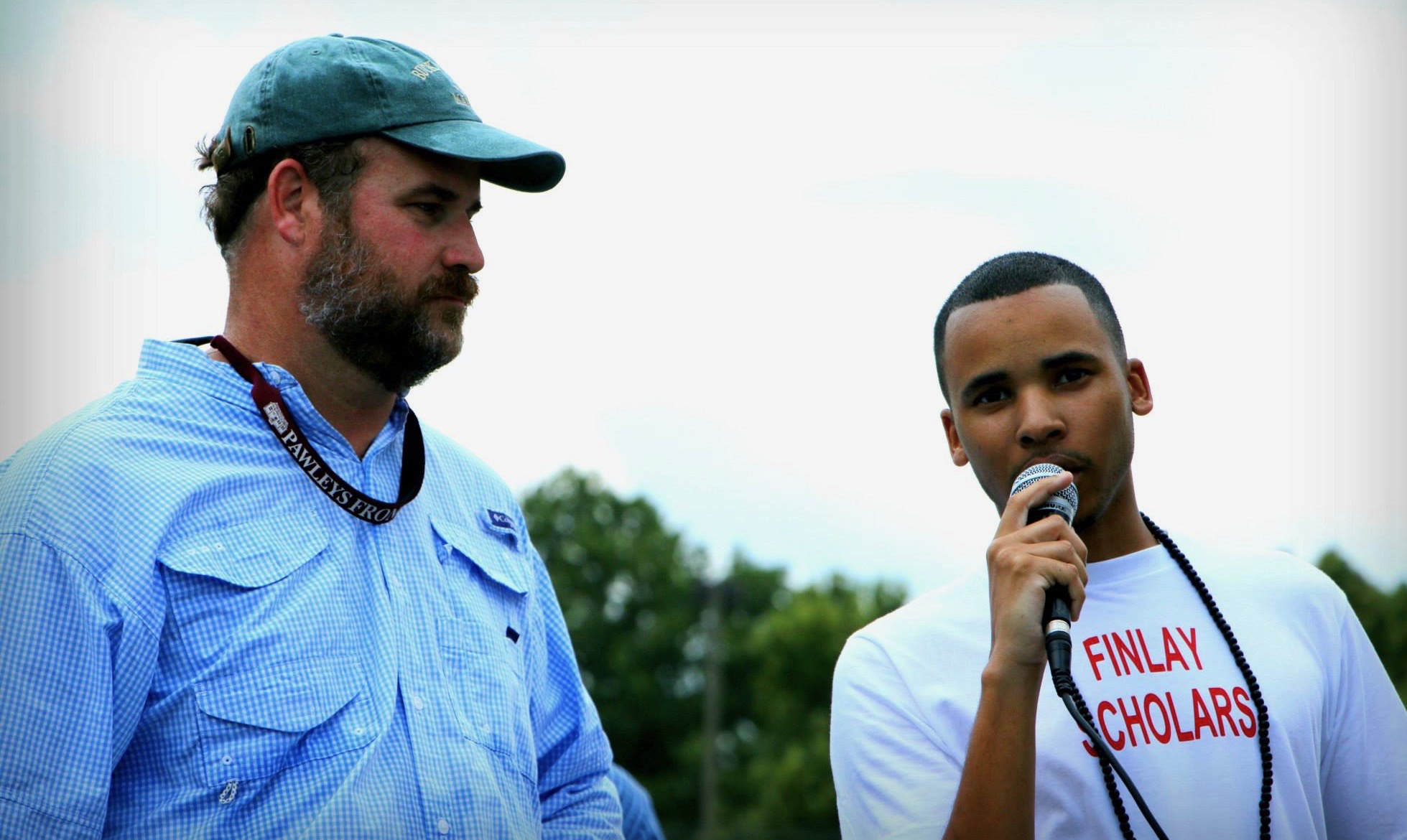 Adding insult to injury?  GOP state lawmaker Kirkman Finlay is campaigning in one of the few competitive “swing” districts in South Carolina – a state where the most legislative seats are gerrymandered to prevent competitive challenges.

Unlike most GOP lawmakers, Finlay has drawn a well-funded Democratic challenger in both of his previous races.

This time, though, leading Democrats are coming out in support of his reelection bid.

“Kirkman’s is a respected voice on both sides of the aisle in the House,” S.C. Rep. Beth Bernstein said in a mail piece sent out by Finlay’s campaign.  “His pragmatic and thoughtful approach is valued by his colleagues.  I am proud to be his deskmate and (to) serve with Kirkman in the House.”

Like Finlay, Bernstein has been an outspoken advocate for ethics reform at the S.C. State House.  Another Democratic ethics reform advocate?  Boyd Brown, a former Democrat national committee member who spent four years in the General Assembly from 2008-2012.

“I’m a lifelong Democrat. I served on the Democratic National Committee. I was a Democratic legislator,” Brown said.  “I’ve never voted for a Republican in my life, but I’m voting for Kirkman Finlay on November 8.”

Boyd’s quotes also appear on the mail piece, which is headed to households in S.C. House District 75 (map) this week. 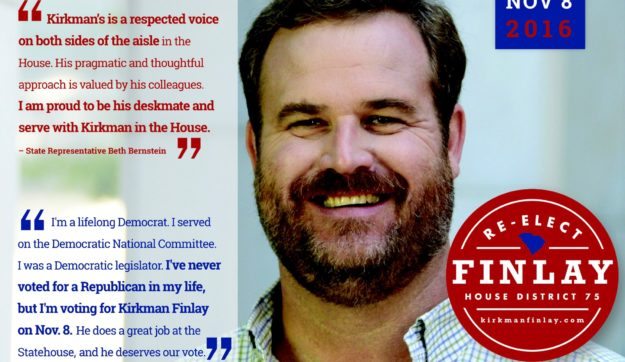 Boyd expanded on his endorsement of Finlay in an interview with us this week.

“Over the past few years, I’ve had the good fortune of getting to know Kirkman and to see his work ethic in the legislature,” Brown said.  “He’s not only fighting on behalf of his constituents, but that fight is on behalf of hard-working South Carolinians who want good government at the State House.  It’s important to have effective legislators in Columbia, because it’s going to be those who fix our roads and improve our state.  It’s best to put party politics aside, especially in a year like this, in order to get representation we can all be proud of.  And that means voting for Kirkman Finlay.”

Still more Democratic support for Finlay is coming from S.C. Senator Darrell Jackson and Richland County, S.C. councilman Damon Jeter.  According to a separate mailing from Finlay’s campaign, both black Democratic leaders are hosting a fish fry for the third-term lawmaker this weekend. 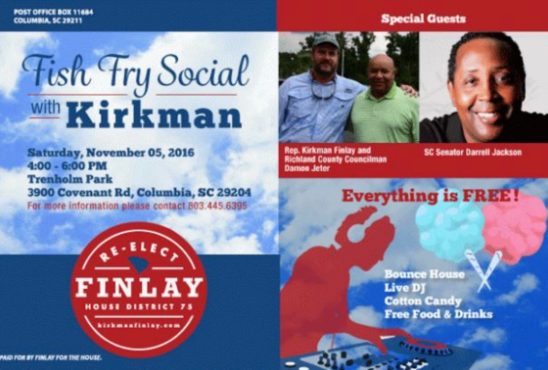 Jeter’s endorsement of Finlay is not surprising.  The two have collaborated for years on an annual back-to-school event that provides school supplies to needy children in Columbia, S.C.

Jackson’s appearance on the mailing surprised some Democratic leaders, though.

So … are any Democrats actually endorsing their own party’s nominee in this race?