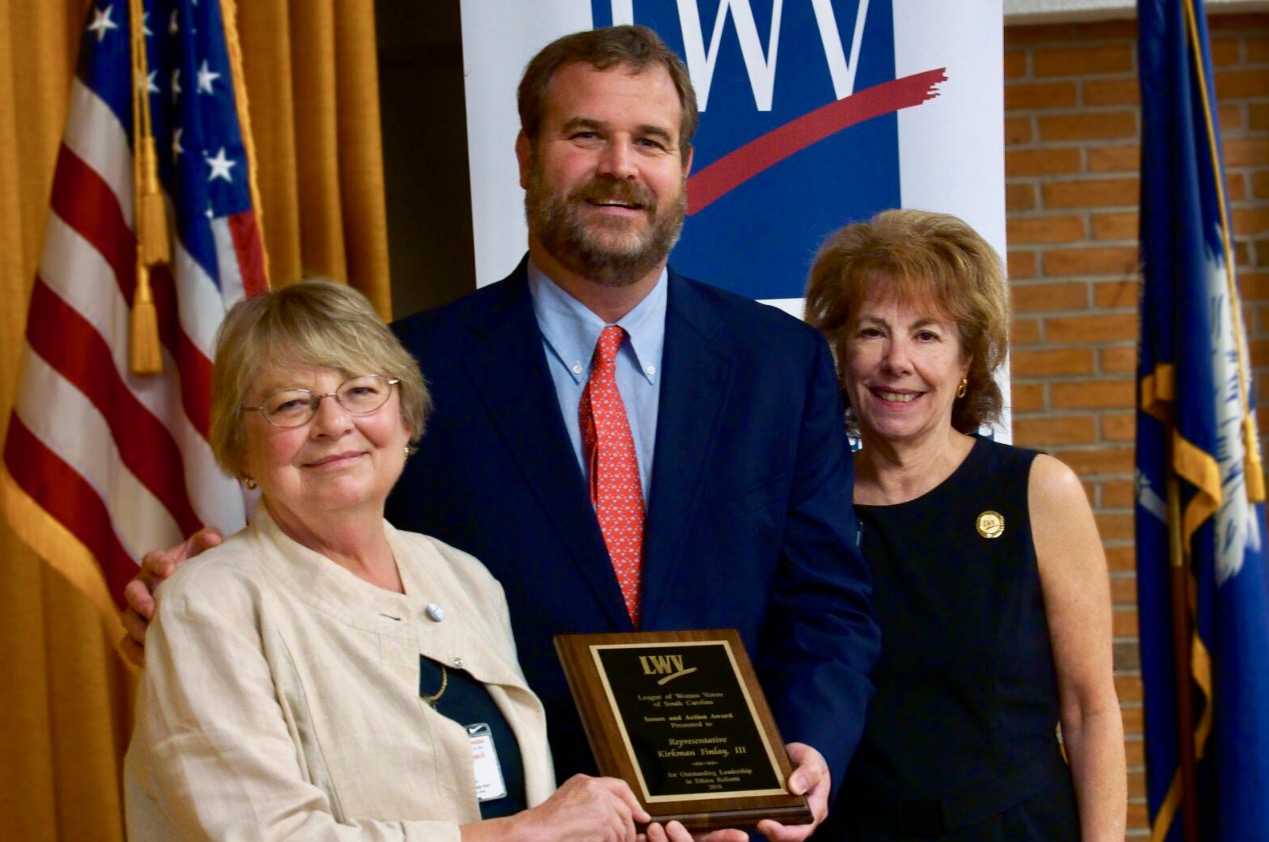 STATE ETHICS LAWS MUST BE REVAMPED IN 2017

South Carolina lawmakers shuddering at the prospect of imminent indictment on various campaign finance-related charges received a reprieve this month when Hurricane Matthew rolled through the state – delaying an ongoing investigation into alleged legislative corruption by two weeks.

That’s likely to push any indictments in the case well past the November 8 elections.

Of course the specter of the “probe” still lingers – and allegations of self-dealing at the S.C. State House continue to run rampant.

Against this backdrop, lawmakers have done absolutely nothing to reform their corrupt system of lax disclosure and self-policing.

One lawmaker who has been pushing for real ethics reform for years is S.C. Rep. Kirkman Finlay.  In fact we’ve previously praised his efforts when it comes to advocating for expanding income disclosure

Unfortunately, lawmakers have not pushed through many of the common sense measures Finlay has consistently championed over the years.

Income disclosure has been a major transparency issue in South Carolina since 2010, when then-S.C. Rep. Nikki Haley was busted hiding tens of thousands of dollars in payments received from a company with extensive business before the state.  Haley – now in her second term as governor – belatedly disclosed that she had received $42,500 in consulting fees over a three-year period from a local engineering firm that was bidding on the state farmer’s market.

Thanks to the state’s incestuous self-policing system, Haley was never held accountable for any of her ethical lapses.

In another case, a powerful lawmaker was discovered receiving corporate income directly from a lobbyist (on behalf of multiple lobbyist principals, no less).  The lawmaker failed to report any of this income on his statements of economic interest.

Earlier this year, Finlay was praised by the League of Women Voters (LWV) of South Carolina for his “outstanding leadership in moving ethics reform legislation forward” over the past four years.

“Kirkman Finlay took up the cause of ethics reform before most other members of the House of Representatives were seriously engaged on the issue,” the group said in a press release honoring Finlay.

That’s true … and we’ve talked to several ranking “Republicans” in the House who say they wish the chamber had been more aggressive in advancing Finlay’s disclosure bills.

“Had we listened to him a bit earlier on in the process I think we’d be in a much better position than we are today,” one GOP leader told us.

Some of Finlay’s income disclosure legislation was signed into law this year, but he’s been leaning on his colleagues to do more.

South Carolina needs to continue expanding its existing regulations – cracking down on politicians who view tax dollars and campaign accounts as their private ATM machines.

As far as we see it, fixing the current corrupt system involves three steps: 1) Ending the existing model of self-policing (in which legislative committees determine whether to prosecute current and former members); 2) mandating total disclosure of all income sources; and 3) imposing real consequences for violations of the public trust – meaning jail time for politicians when they break the law.

As lawmakers begin to eye proposals for 2017, our hope is that ethics reform leaders like Finlay will keep those three steps at the forefront of their ongoing efforts.