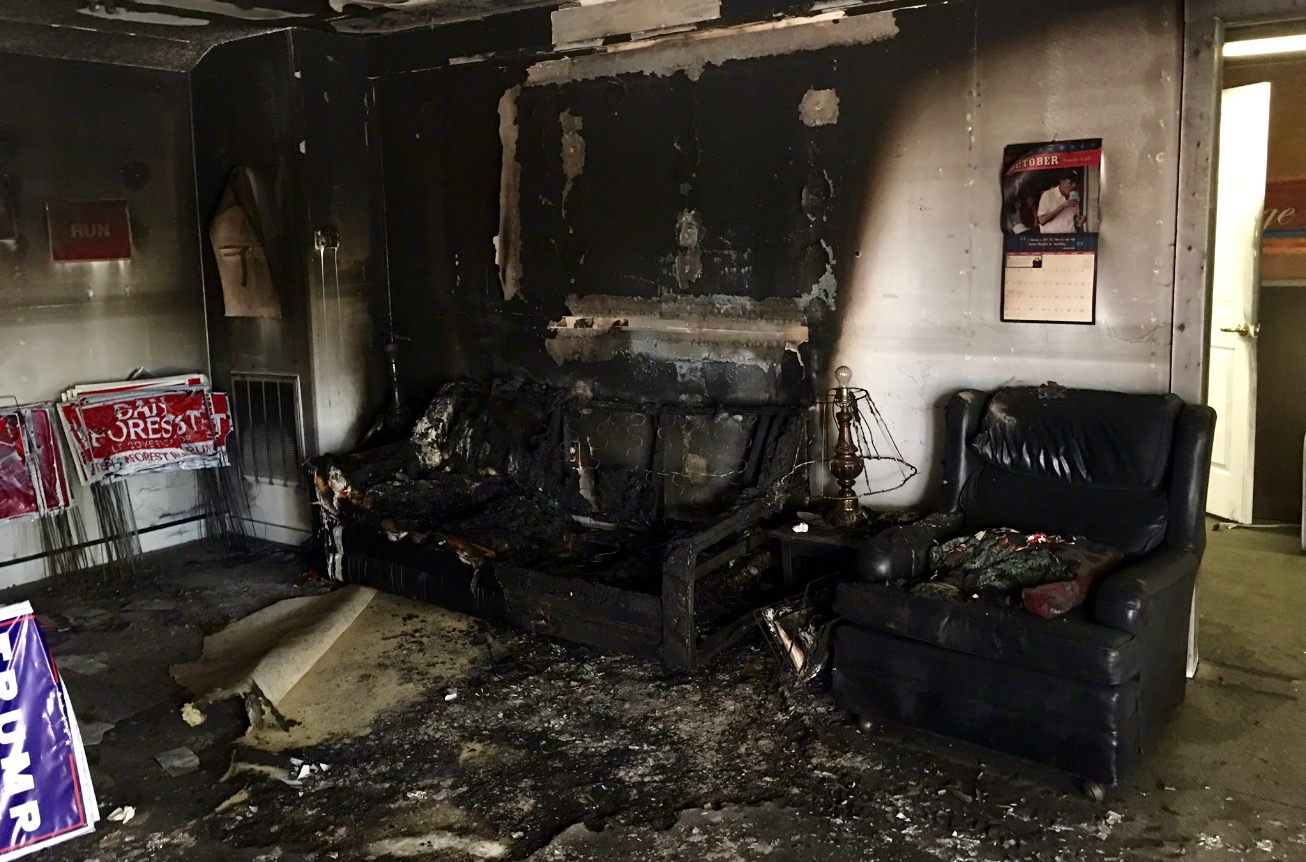 “ATTACK ON OUR DEMOCRACY …”

A “Republican” party office in North Carolina was firebombed over the weekend in what Tar Heel State governor Pat McCrory called “an attack on our democracy.”

The firebombing occurred in Hillsborough, N.C., a town of roughly 6,400 located in Orange County – a heavily Democratic region of the state.

According to police, a modified Molotov cocktail was thrown through the window of the office – which ignited and set the interior of the building ablaze.  Thankfully no one was killed or injured during the attack.

GOP officials declared the office “a total loss,” however.

On a building situated across the street from the fire-bombed headquarters, a swastika and the words “Nazi Republicans Leave Town Or Else” were spray-painted in black.

“This highly disturbing act goes far beyond vandalizing property; it willfully threatens our community’s safety and its hateful message undermines decency, respect and integrity in civic participation,” Hillsborough’s mayor said in a statement.

Town police were coordinating the investigation into the attack with federal agents from the U.S. Bureau of Alcohol, Tobacco, Firearms and Explosives providing assistance.

“Now we have to win,” Trump tweeted.

This website has precisely zero use for Democrats or “Republicans,” but we would join politicos of all ideological orientations in North Carolina (and across the nation) who have condemned this act of political terrorism.

We’re grateful no one was hurt and hope the individual(s) who perpetrated this attack are found and held accountable for their actions.