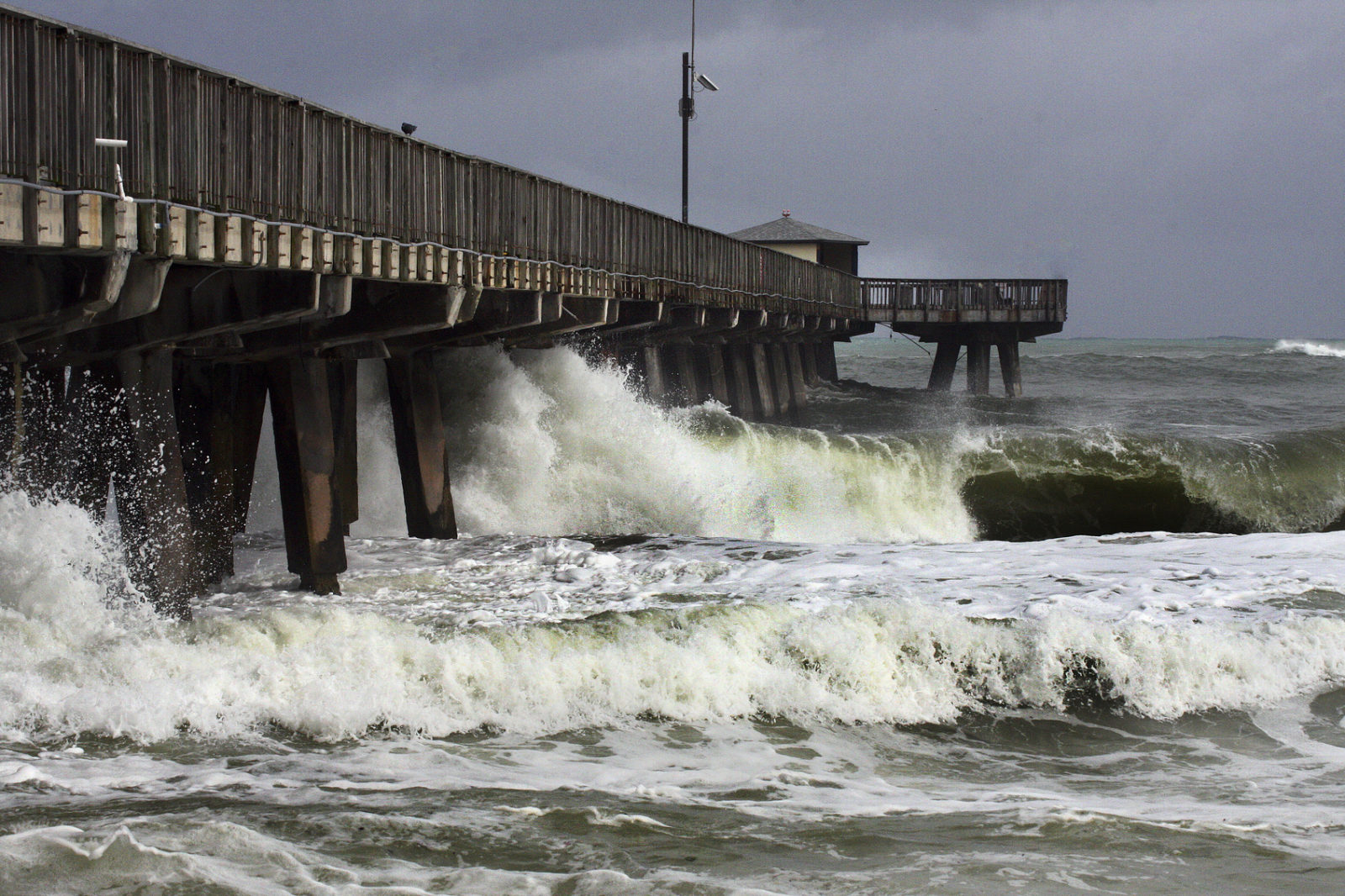 “THIS STORM IS A MONSTER”

Hugging the Florida coastline, powerful Hurricane Matthew marched north on Friday – avoiding a direct landfall in the Sunshine State but threatening huge storm surges further up the “Space Coast” and beyond.

The center of the storm – now a category three hurricane – was located thirty-five miles north-northeast of Cape Canaveral, Florida as of the 8:00 a.m. EDT advisory from the National Hurricane Center.

Wind gusts at the Cape were reportedly clocked as high as 107 miles per hour.  Meanwhile a four-foot storm surge was measured at Trident Pier near the Cape, according to the National Weather Service.

“A turn toward the north is expected tonight or Saturday,” forecasters noted.  “On the forecast track, the center of Matthew will be moving near or over the east coast of the Florida peninsula through tonight, and near or over the coasts of Georgia and South Carolina on Saturday.”

Here’s a look at its latest forecast window …

While Floridians braced for the worst, most coastal South Carolinians held off on evacuating despite increasingly desperate pleas from governor Nikki Haley, who effectively shut the state down three days ago in anticipation of Matthew’s arrival.

Meanwhile in Haiti, which felt Matthew’s full fury earlier this week, the death toll from the storm had risen to 339 according to Reuters.

Here’s a look at Matthew’s path over the last several days as it formed in the Caribbean, marched through Haiti, Cuba and the Bahamas and began its march up the east coast of the United States.

We’ve been following the storm from the very beginning and will continue to do so as it makes its way closer to the Palmetto State. Our hope is that Matthew will track as far to the east as possible and stay well away from the coast of Florida, Georgia and the Carolinas as it continues its northward march.