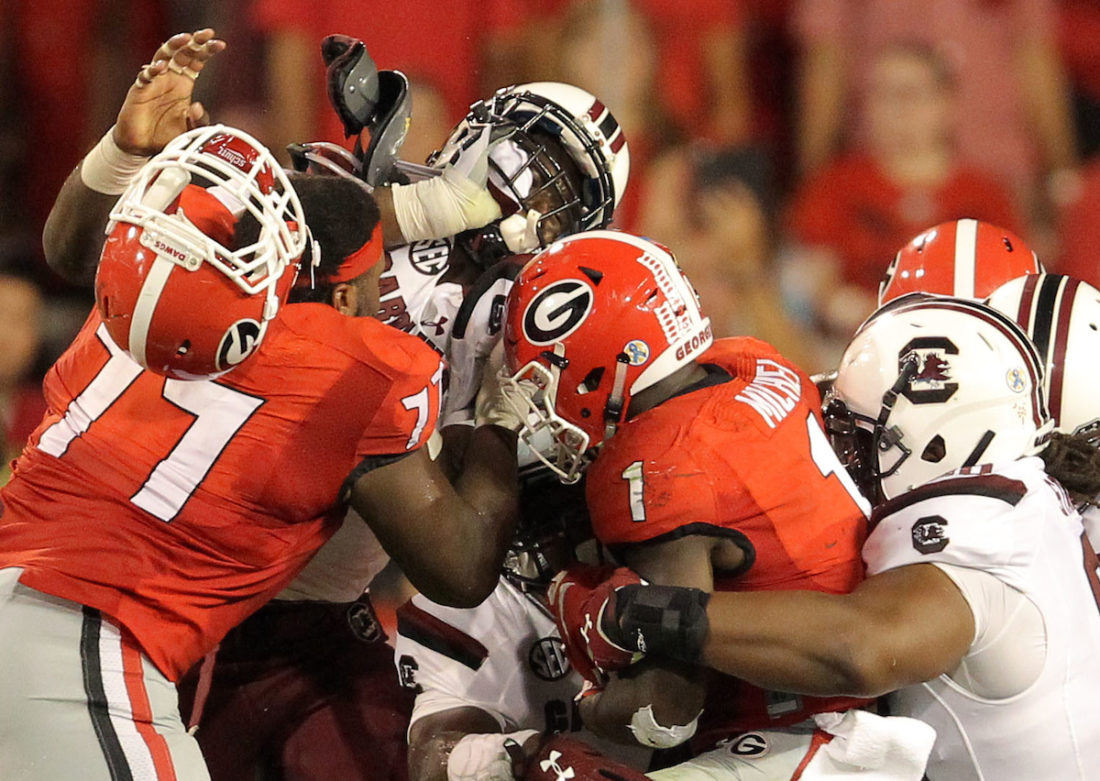 KICKOFF BUMPED BACK DUE TO STORM …

“We are working with the University of Georgia and the Southeastern Conference, the SEC Network for a kick time,” Muschamp said during his weekly radio address. “It will be definitely Sunday, sometime in the afternoon. They are not sure exactly what the kick time will be.”

South Carolina and Georgia were originally scheduled to kickoff at 7:30 p.m. EDT on Saturday at Williams-Brice Stadium, but those plans have been impacted by the impending arrival of Hurricane Matthew off the coast of the Palmetto State.

One SEC game scheduled for this weekend – Florida’s 12:00 p.m. EDT showdown against Louisiana State in Gainesville on Saturday – has already been indefinitely postponed due to Matthew.

University of South Carolina officials have been adamant that the game would be played in Columbia, S.C. – even though governor Nikki Haley made it clear that state resources would not be made available to the school.

Haley – a Clemson graduate – has previously said she did not believe the game should be played because it would tie up hotel rooms for incoming evacuees.

Assuming there are any …

Unlike the top five showdown between these two programs four years ago, neither the Bulldogs (3-2, 1-2 SEC) nor the Gamecocks (2-3, 1-3 SEC) are ranked this season.  Both programs appear to be in rebuilding years under new head coaches (Kirby Smart for Georgia, and Muschamp for South Carolina).

Richt was quickly scooped up by the University of Miami, which is currently 4-0 and ranked No. 10 in the nation.

Georgia boasts a 48-18-2 all-time advantage over South Carolina in the series, although the Gamecocks have taken four of the last six games – including three in a row at home.

UPDATE: Kickoff on Sunday will be at 2:30 p.m. EDT according to a news release from the University of South Carolina.