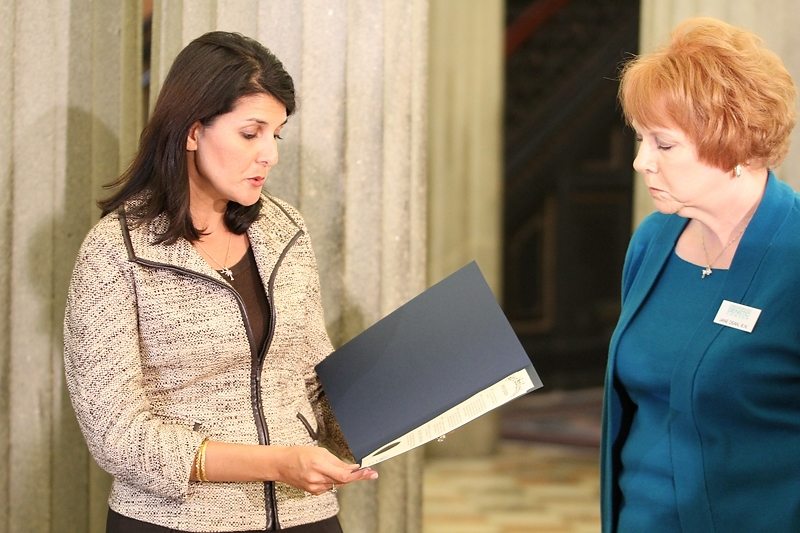 Last week the pollsters at Morning Consult released their data on the home-state popularity of all 100 United States Senators.  This week, they’re providing a report card on America’s fifty governors.

Is the data accurate?  Good question …

That’s quite a spread …

If true, that would put Haley on the cusp of the ten most popular state leaders in America (South Dakota’s Dennis Daugaard leads the way with an astronomical 74 percent approval rating).

Meanwhile in North Carolina, governor Pat McCrory has seen his standing slip in the aftermath of the Tar Heel State’s “bathroom bill” controversy.

Prior to the dust-up, McCrory’s approval rating stood at 50 percent with 38 percent disapproving.  According to the latest Morning Consult data, McCrory is now clinging to a 46-44 approval-to-disapproval edge.

America’s least popular governor?  Sam Brownback of Kansas, who received a 71 percent disapproval rating from his constituents, according to the data.  Only 23 percent of Kansans approve of the job he’s doing.

As with its U.S. Senate rankings, Morning Consult surveyed 71,900 registered voters in all 50 states from early May 2016 through early September 2016.  Margins of error vary from state-to-state.

Again … based on the lack of congruence between this data and other polling, we advise taking the Morning Consult numbers with an ocean of salt.