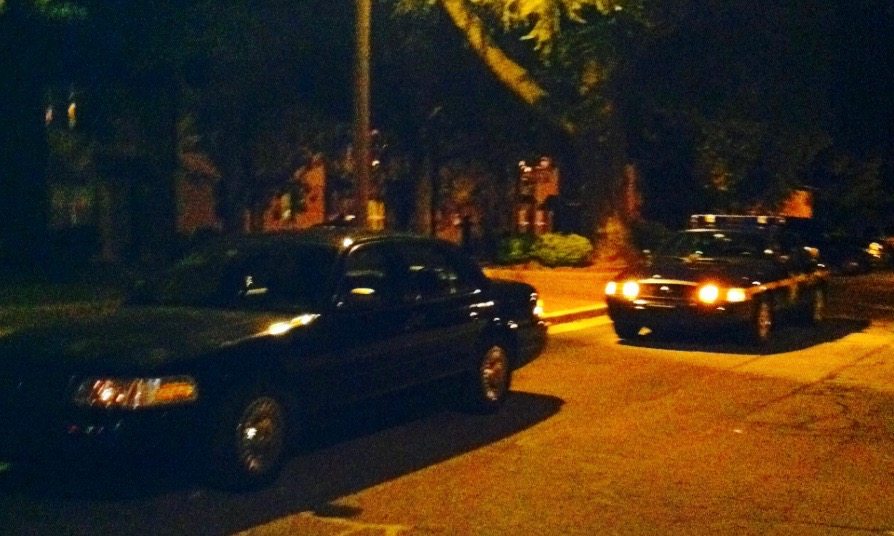 Police in Greenville, S.C. are patrolling a low-income apartment complex after residents complained that men dressed as clowns were attempting to lure children into the woods.

Nothing at all suspicious about that right?

According to WSPA TV 7, the clowns were spotted near the low-income Fleetwood Manor complex beginning last Sunday. Residents of the Section 8 complex were notified in a letter last week that “there has been several conversation and a lot of complaints” about the clown.

Wait … “there has been several conversation?” 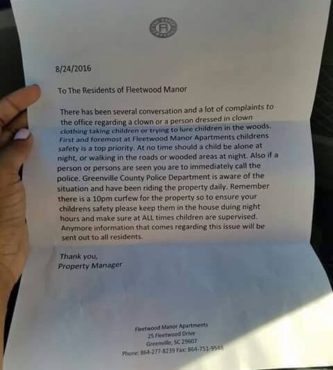 (And that Section 8 housing …)

The letter also reminded residents that they are under a 10:00 p.m. EDT curfew – and to “keep (children) in the house during night hours.”

Anyway, Greenville Sheriff’s deputies – who have been (ahem) busy lately – have yet to confirm the “clown” reports, although they have vowed to step up their patrols of the complex.