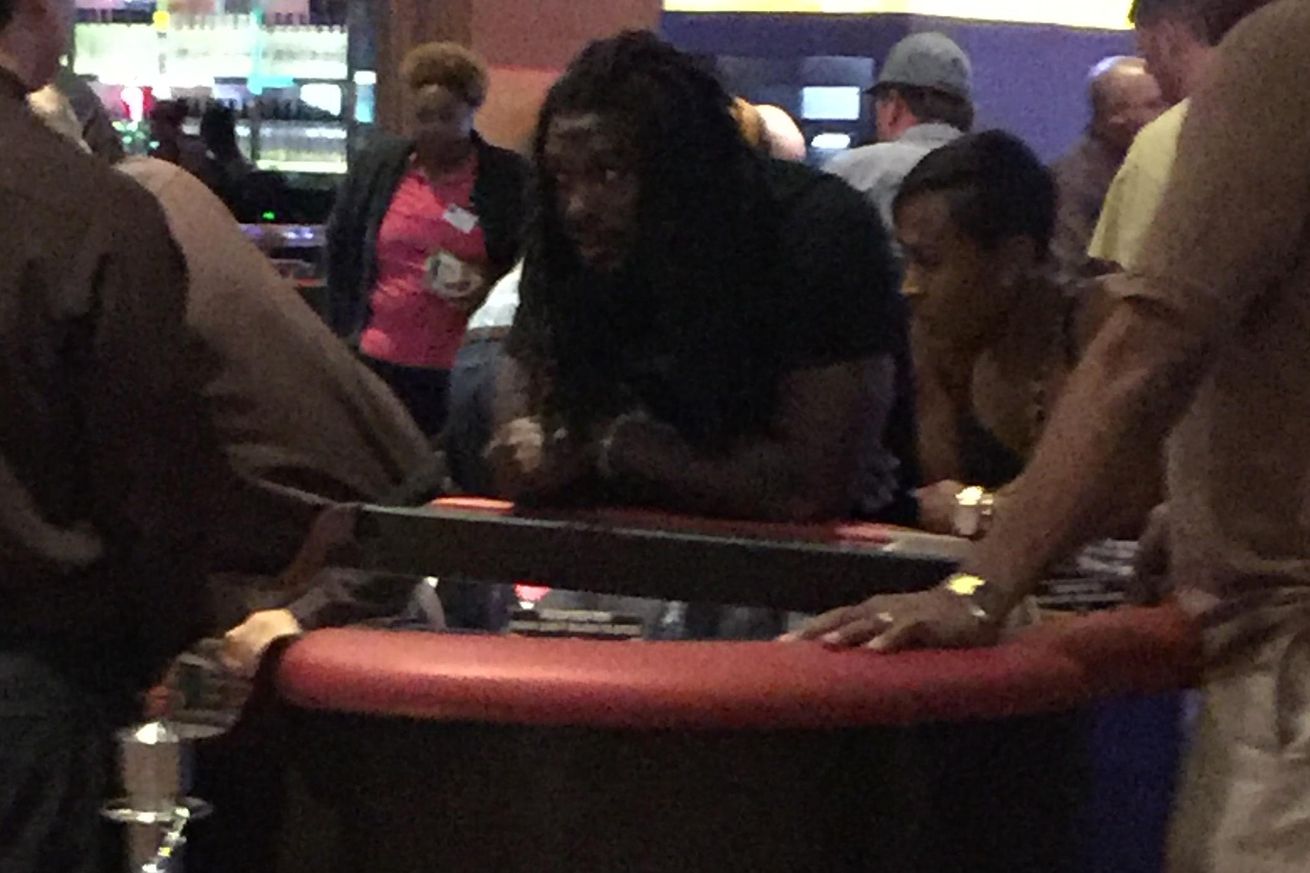 WE’LL FIND OUT THIS YEAR …

It is a make-or-break season for Houston Texans’ linebacker Jadeveon Clowney.  The number one pick in the 2014 NFL draft – who was billed as the best defensive player to enter the league since Lawrence Taylor – has yet to live up to the hype.

In fact he has yet to even come close …

After returning from a knee injury (and risky surgery) that cost him most of his rookie campaign, Clowney showed flashes of brilliance in 2015.

The former University of South Carolina standout recorded forty tackles – including 4.5 sacks and five stops for loss – in thirteen games for the Texans last year.  Decent numbers?  Sure.  But Clowney isn’t supposed to be decent, he’s supposed to be a once-in-a-generation talent.

This year Clowney – who is under contract through 2017 – is expected to showcase that talent, providing the Texans with an edge rusher equal to (if not better than) perennial all-Pro defensive end J.J. Watt.

Clowney missed the Texans 2016 preseason opener against the San Francisco 49ers last weekend after being held out of four straight practices with “knee soreness.”

“Nothing serious but I felt like it was something where let’s give him a few days, be with our trainers back in Houston and be ready to go for next week when we get back and New Orleans comes to town and get some good practice sessions in there,” head coach Bill O’Brien said last week.

While his teammates traveled to San Francisco, Clowney was allegedly getting the “haps on some craps” at the Golden Nugget hotel and casino in Biloxi, Mississippi.

“Here we are all over again, for the third year in a row,” reporter Brian T. Smith wrote for the Houston Chronicle.

Smith’s report added that Clowney has been “protected, defended and sometimes coddled” by the Texans, and that his recent vow to return from injuries and “dominate the league” was all talk.

“We’ve never seen anything close to it,” he wrote.  “And we won’t believe the words until it finally happens – if it ever does.”

This week another damning indictment of Clowney – written by Michael Baumann and published on The Ringer – hit the presses.  Entitled “One-Hit Wonder,” Baumann’s piece notes that “Clowney was the brightest star every step of the road to the NFL, but entering his third year in the league, not only is he being outshone for the first time in his life, he’s in danger of fading away.”

Baumann’s piece also delves into Clowney’s 2014 microfracture surgery, and questions whether his freakish physical abilities have outstripped his own body’s natural limitations.

“Is it even possible to be as big and fast and strong as he is without getting hurt?” Baumann wondered.

Clowney’s explosiveness – the source of “the Hit” – is breathtaking to behold.  The New England Patriots got a taste of it last December, when Clowney recorded two sacks and a stop for loss against the defending Super Bowl champions.

That sort of performance was supposed to happen every game for Clowney, though – not once in thirty-three games.

To be clear: We don’t blame Clowney for any of this.  He can’t help his injuries, nor is he responsible for the success or failure of medical efforts to treat those injuries – especially when the procedure is as demonstrably risky as microfracture surgery.

His coaches and teammates say he is working hard, and it’s clear he has a great attitude.

But the “bust” label isn’t about how hard a player tries – or how nice he is – it’s about numbers.  And whether those number produce championships.

Our hope?  That Clowney’s knee soreness is indeed “minor” – as the Texans claim – and that he will be ready to compete next month when Houston opens its 2016 season against the Chicago Bears.

After all, nothing less than his career is on the line at this point …