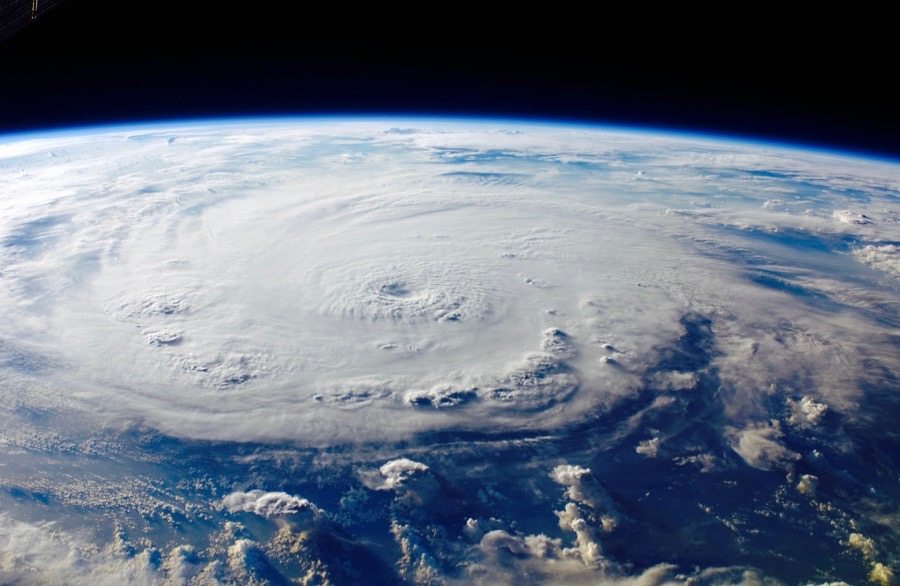 No, they’re not stock tips.  They’re names assigned to tropical waves.  Each year, these waves begin as massive storms in the Sahel region of Africa – a broad biogeographic zone lying between the Sahara desert (to the north) and the lush Congo forests (to the south).

Every wave adds moisture to the atmosphere in the Atlantic Ocean – a factor which elevates the likelihood of tropical development.

According to the National Hurricane Center (NHC), neither Invest 96-L nor Invest 97-L are expected to develop into storms capable of impacting the east coast.

But make no mistake: Africa’s hurricane heart is beginning to beat … 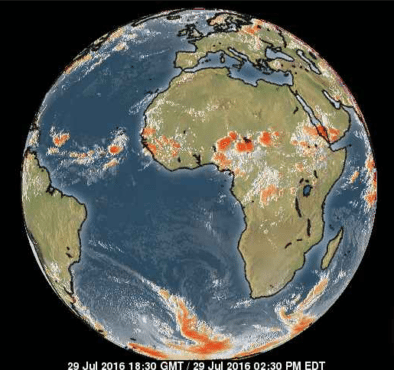 For those of you who learned your geography in a South Carolina government-run school, that’s a satellite view of Africa.  Taken today.  It shows several potent storm systems moving westward across the Sahel – headed toward the Atlantic where rising ocean temperatures and the aforementioned moist air are creating more favorable conditions for hurricane development with each passing day.

Will any of these systems develop into storms capable of striking the east coast?  Who knows … but we’re clearly moving into the peak season of tropical activity in the Atlantic.

While you keep one eye on the Sahel, keep the other on the Pacific Ocean.  As we’ve noted previously in our drought coverage, a record-setting El Niño event is drawing to a close – with a weak La Niña replacing it.

These shifting weather patterns impact the trajectory of the jet stream – which impacts the amount of moisture certain parts of the country receive.  Obviously that matters for farmers dealing with the drought, but it also impacts hurricane formation.

During El Niño years, hurricanes are less likely to form in the Atlantic due to increased wind shear.  In fact during the last two years – when El Niño conditions were prevailing – there were only nineteen named systems and ten hurricanes (four of which developed into major storms).

By contrast, between 2010-12 – when La Niña conditions prevailed – there were 57 named storms and 29 hurricanes (of which eleven developed into major systems).

For those of you keeping score at home, South Carolina has seen twenty-three hurricane landfalls since 1893 – the most infamous being Hurricane Hugo in 1989. Fortunately the state has avoided any direct hits from major storms since then, although there have been several close calls – including Hurricane Irene in 2011.

And while it’s doubtful either Invest 96-L or Invest 97-L turns into anything you should be worried about, it’s clearly time to start keeping a closer eye on the Atlantic.

“Gimmick” Tax Break Is Back