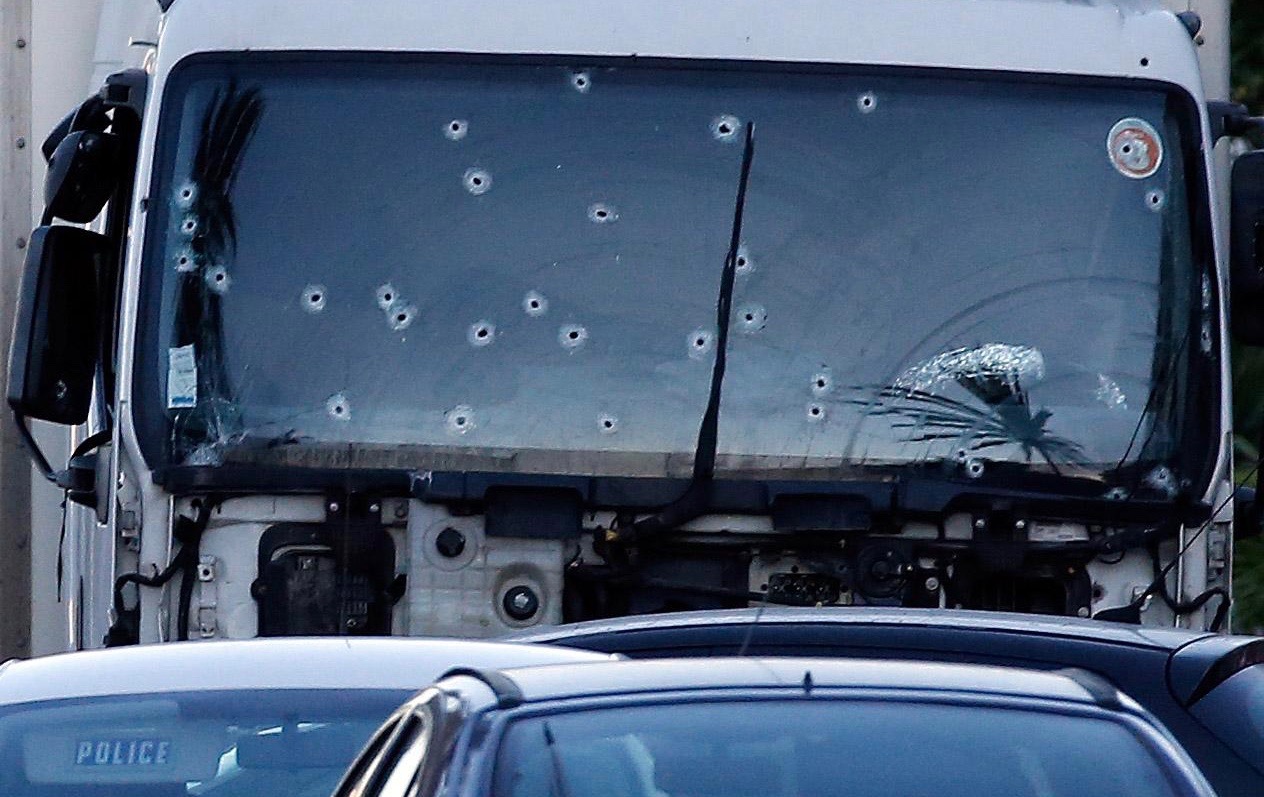 The Associated Press has just released footage of the final moments of yesterday’s deadly terror attack in Nice, France.

According to the wire service – which obtained amateur video of the incident – its clip depicts the final shootout between French police and 31-year-old terrorist Mohamed Lahouaiej-Bouhlel, who has been identified as the perpetrator of the grisly attack.

The shootout took place in front of the Hotel Westminster – which is located along Nice’s famed Promenade des Anglais.

Around 10:30 p.m. local time, the truck rented by Bouhlel – traveling at speeds of up to 40 miles per hour – slammed into its first victims.  The vehicle continued along the promenade for more than a mile – its driver deliberately swerving to hit as many men, women and children as possible, according to witnesses.

At least 84 people are confirmed dead in the aftermath of the attack.  Another fifty people have been hospitalized with life-threatening injuries.

Two Americans – 51-year-old Sean Copeland and his 11-year-old son, Brodie Copeland (both natives of Lakeway, Texas) – were among the victims.

The Islamic State in Iraq and Syria (ISIS) has claimed responsibility for the attack – and encouraged other would-be terrorists to follow Bouhlel’s example.

The Nice attack is the third mass murder on French soil perpetrated by radical Islamic terrorists.

In January 2015, gunmen raided the offices of Charlie Hebdo in Paris – an attack that killed twelve people.  Then in November 2015, a coordinated attack was launched on multiple locations in Paris – including The Bataclan nightclub.